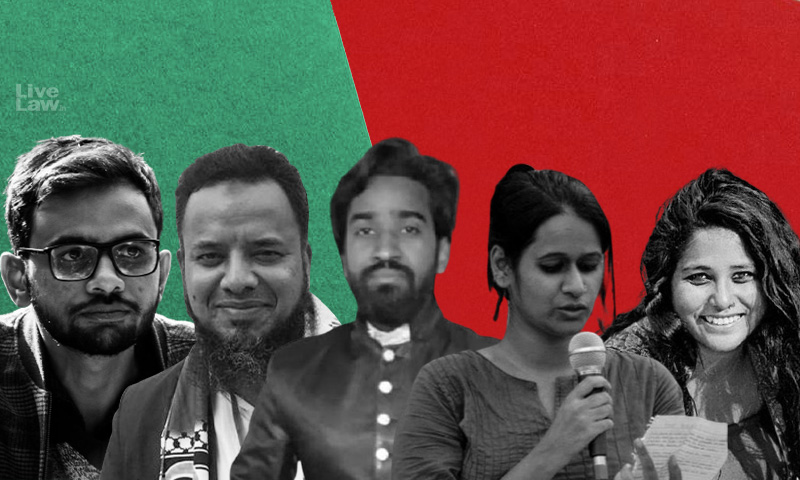 In a significant order, a Sessions Court in Delhi observed on Tuesday that it is "grossly and unjustified" on the part of the media to report the exact contents of the chargesheet when the Court is yet to take cognizance on it and the accused persons have not been provided its copies.While reporting generally on the chargesheet is acceptable, reproducing the chargesheet as it is gives rise to...

In a significant order, a Sessions Court in Delhi observed on Tuesday that it is "grossly and unjustified" on the part of the media to report the exact contents of the chargesheet when the Court is yet to take cognizance on it and the accused persons have not been provided its copies.

While reporting generally on the chargesheet is acceptable, reproducing the chargesheet as it is gives rise to the issue of 'leakage', the Court observed, expressing its expectation that such instances do not recur.

The observations came after certain accused persons including ex JNU student leader Umar Khalid, Asif Iqbal Tanha, Khalid Saifi, Tasleem and Sharjeel Imam raised their grievances that certain media houses were indulging in "media trial" against them by projecting them as convicts and rioters, thereby affecting their right to fair trial.

"There is a world of difference between an accused and a convict. Though it is not possible to lay guidelines regarding media coverage, yet in my opinion, there should at least always be a disclaimer while reporting, whether it is the version of the police/prosecution or the accused himself of presenting as it is the order of the Court." Observed Additional Sessions Judge, Amitabh Rawat.

During the course of hearing, Umar Khalid, appearing in person before the judge, submitted:

"There were newspapers where the pictures of Asif iqbal, Natasha, me, Devangana etc were published with the headline "Dilli dango ke bade gunegaar, ye hain unke chehere". How can we be condemned without given a chance? Without a trial, they are projecting us as dangaayi and rioters."

The Court in its order running 8 pages observed thus:

"Media reporting particularly on the social media remains charged up all the time. Media is free to cover the stories but they must also be conscious of remaining careful and objective in their approach. It is the fundamental right of every person accused of any offence, to be provided the opportunity to defend himself."

The Court went ahead to observe:

"Labeling the police as completely unfair or the accused as a convict itself is not a healthy sign and which impacts the process of criminal justice system. The principle and tenets of free and fair trial are sacrosanct and inviolable."

"There is also a disturbing trend about the reporting of exact content of the charge sheet before the cognizance is taken or counsels are even provided the copies of the same. It is one thing to report generally about the chargesheet but quite another to reproduce it as it is and thus, obviously the question of leakage would arise. This is grossly unfair and unjustified and the Court expects that this would not occur in future." The order reads.

It was submitted by the accused Asif Iqbal Tanha that after the headlines quoting them as "dangaayi" were shown by the media houses, they were subjected to discrimination inside the jail.

"I have not been given proper medical treatment. Due to this, we have to go through a lot. We have to hear a lot of things. I had a serious medical issue but I was given only pain killers." Tanha added.

Khalid Saifi, founder of the group "United Against Hate", told the judge:

"I am unable to understand what are the charges against me. They say I was part of the protest. They are making serious allegations against me as being a terrorist, because of my name. Before coming to court with anything, they go to media. Then things are published and thereafter they come to court. This entire process has to stop".

Advocate Adit S Pujari, appearing for the accused, submitted that TV channels and newspapers were carrying reports against the accused quoting from the charge-sheet.

"The supplementary chargesheet is with the police officer and then it comes to court. But it gets leaked with media. When the leak happens from police, it is very important here", he said.

The Special Public Prosecutor Amit Prasad denied that police was leaking information. The SPP told the judge that the Delhi High Court is hearing Asif Iqbal Tanha's petition against leakage to media.

The SPP further submitted that the accused were also running 'narratives' in some media outlets about the police investigation. In this context, he referred to an article published by 'Newslaundry'.

Pujari responded by saying that articles citing the police or accused versions are different from media reports based on selective quotes from prosecution documents which have not yet been shared with the accused.

Other directions passed by the Court

Looking at the grievances put forth by the accused persons, the Court also asked the Law Officer and concerned Jail Superintendents of Tihar Jail to appear virtually on the next date of hearing.

The Court also took cognizance of offences under sec. 124A, 153A, 109 and 120B of the Indian Penal Code against all the 18 accused persons in the matter, who are already booked under the UAPA.

This is not the first time that Courts are expressing concerns about the media reportage in riots conspiracy cases. Last year, the Delhi High Court, while considering a petition filed by accused Devangana Kalita, had cautioned the Delhi police against using the media to influence public opinion against the accused.

" A media campaign to pronounce a person guilty would certainly destroy the presumption of innocence", a single bench of Justice Vibhu Bakhru had observed in Kalita's case.

TheDelhi High Court is considering a petition filed by another accused, Asif Iqbal Tanha, against the publication of his alleged confessional statements by media. Last year, the High Court had asked 'Zee News', which published the alleged confessional statement of Tanha, to disclose the source of its information. Yesterday, the Court had expressed displeasure at the vigilance enquiry held by Delhi Police into the media leakage in the matter. A single bench of Justice Mukta Gupta slammed the enquiry by terming it 'worse than an enquiry in a petty theft case'.

Justice Gupta orally remarked that media leakage of crucial case documents " was not just undesirable. It is prejudicial to the accused, the case and the purity of the investigation. And this is in contempt."

Last month, a Magistrate Court in Delhi had observed in a petition filed by Umar Khalid that media should refrain from publishing unverified reports against the accused so as to prejudice their right to fair trial.

"A reporter should have such a basic knowledge of law as readers/viewers consider news item as true without verifying the facts.Further, general public might not be aware of the law as above mentioned. Therefore, it is duty of the Press and Media to inform and educate its readers and viewers about all the relevant facts and circumstances of a news item published or shown on the News channel", the CMM Dinesh Kumar noted in the order in Khalid's case.