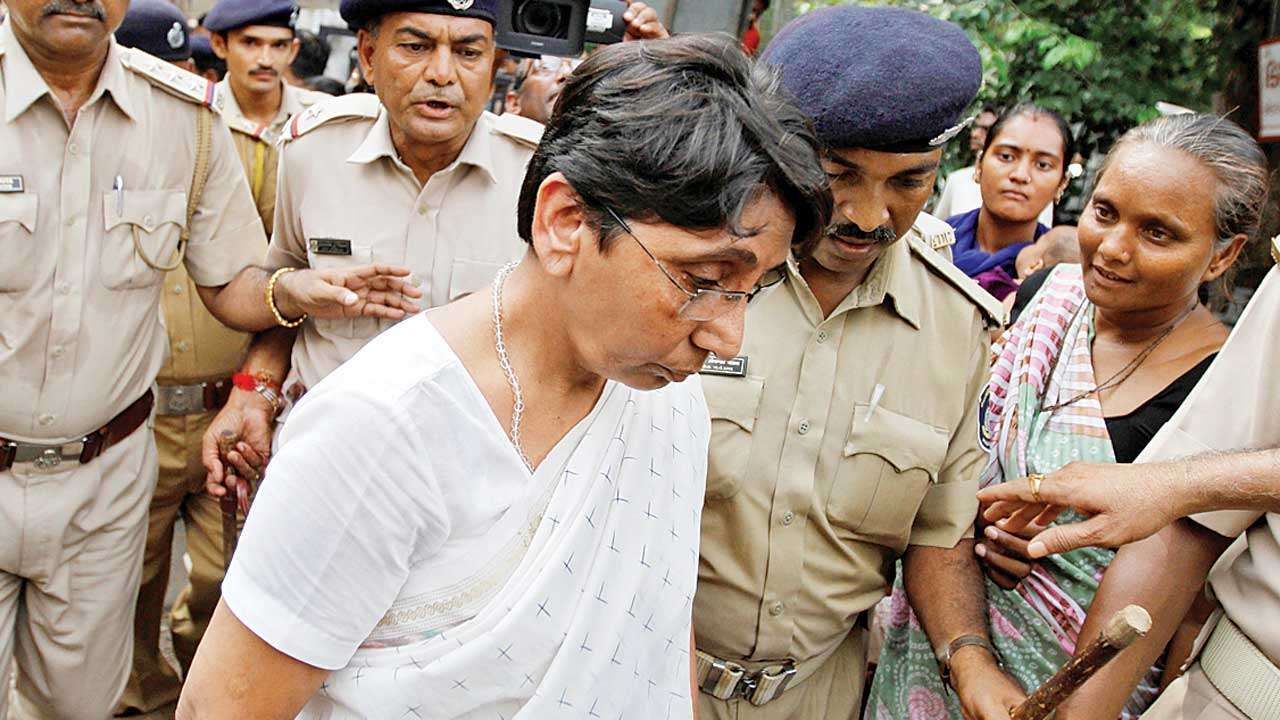 On Wednesday, to demonstrate the lack of proper investigation by the SIT in the Gujarat riots conspiracy case, Mr. Kapil Sibal pointed out to the Supreme Court that SIT has not challenged the Gujarat High Court's decision to acquit Maya Kodnani, former BJP MLA from Naroda, who was identified as the 'kingpin' in the Naroda Patiya massacre of 2002 by the trial court. Kodnani was named as a...

Subscription starts from
₹ 599+GST
(For 6 Months)
View Plans
Premium account gives you:
Subscribe Now
Already a subscriber?
Login
On Wednesday, to demonstrate the lack of proper investigation by the SIT in the Gujarat riots conspiracy case, Mr. Kapil Sibal pointed out to the Supreme Court that SIT has not challenged the Gujarat High Court's decision to acquit Maya Kodnani, former BJP MLA from Naroda, who was identified as the 'kingpin' in the Naroda Patiya massacre of 2002 by the trial court.
Kodnani was named as a key accused in the case when the Supreme Court appointed SIT had taken over the probe in the riot cases in Gujarat. According to SIT, on 28th Feb, 2002, a day after the torching of the Sabarmati Express at Godhra, when a crowd had gathered to enforce a bandh called by the Vishwa Hindu Parishad (VHP), Kodnani along with Jaideep Patel, the Gujarat secretary general for the VHP, had given hate speeches with the intention to incite the mob. There were 11 witnesses to the incident. At the trial, the Special Court observed that the magnitude of the violence was largely attributable to Kodnani. Convicting her with imprisonment for 28 years, the Court noted that she had played a key role in instigating the mobs assembled for the purpose of the bandh. She was held liable for abetting the commission of offences by the co-conspirators and for abetting formation of unlawful assembly to execute the conspiracy. After being convicted by the Special Court in 2012, she was amongst the 32 convicts to appeal to the Gujarat High Court. Her appeal had witnessed almost six recusals. In 2014, the Gujarat High Court granted her bail on the ground of ailment and her sentence was suspended. Later in 2018, observing that the inconsistencies in the statements of the 11 witnesses failed to conclusively establish her guilt, the High Court acquitted Kodnani. The Court also made a note of the fact that her name came to be associated with the riots only after SIT came into the picture. While acquitting Kodnani, the High Court held -

"Dr. Mayaben Surendrabhai Kodnani, originally accused No.37 in Sessions Case No.243 of 2009, is hereby set aside and the appellant is acquitted of the offences with which she was charged by giving her the benefit of doubt."

Hinting at the political optics of the SIT not challenging the High Court order, Mr. Sibal remarked - "It shows!"

The Senior Advocate was arguing the petition of Zakia Jafri, widow of Congress leader Ehsan Jafri who was killed in the Gulberg Society massacre during the 2002 riots. She has approached the Supreme Court challenging the clean chit given by the SIT to the then Gujarat Chief Minister Narendra Modi and other high functionaries of the state in the larger conspiracy behind the riots.

At the Zakira Jafri hearing Mr. Sibal also pointed out that around the time of the riots of 2002, the VHP affiliated advocates were appointed as Public Prosecutors. He read out the the SIT report dated 17.05.2010 noted that:

"It appears that the political affiliation of the advocates did weigh with the government for the appointment of public prosecutors."

Mr. Sibal indicated that these appointments ultimately facilitated the members of VHP and other affiliated parties to get bail, since the PPs deliberately did not oppose bail applications. Though observations were made by SIT in its report, no investigation ensued the appointments of the Public Prosecutors, in connection with the riot cases.

"First you have VHP people calling for riots, and then you appoint VHP people as prosecutors...55 people were released on bail when Dilip Trivedi was appointed as Special Public Prosecutor. Kindly note this. Should this matter be not investigated? Why did you not oppose? Did VHP or any accused get in touch with you?These are the questions which SIT should have asked", Sibal argued.

He contended that the SIT left "deliberate loopholes" in the investigation and there were no sincere attempts to nab the culprits.

Sibal argued that the SIT did not arrest any accused persons, record their statements, seize their phones, or conducted spot visits. He highlighted that the SIT ignored the tapes of the sting operation done by Tehalka magazine, in which many persons had given open statements about their participation in the violence and accumulation of weapons and bombs.

Although the same tapes were used for conviction in the Naroda Patya case, and although the Gujarat High Court had endorsed the authenticity of the tapes, the SIT ignored them in Zakia Jafri's complaint. Sibal submitted that the SIT did not even seize the phones of the persons in the sting tapes and gather their call data records.

Sibal highlighted that the SIT discarded the testimony of the then Gujarat ADGP RB Sreekumar IPS on the ground that he was making the statement due to a denial of promotion.

"His(Sreekumar) testimony was corroborated by other officers and hence it could not have been rejected..", Sibal said.

Sibal also submitted that there were factors pointing out to complicity of the police and the administration which were ignored by the SIT.

"Curfew was declared immediately in Godhra..but in Ahmedabad, curfew was not declared until 12. And thousands of people had gathered by 7 morning. They were swayam sevaks. Who gave them the messages? Any police officer would have immediately declared a curfew so that violence could be avoided", he said. The state intelligence reports regarding  communal tension were ignored.

Sibal also read out portions from the transcripts of Tehalka report to contend that they showed the conspiracy by members of Bajrang Dal, VHP and Sangh Parivar to stockpile weapons, to make diesel and pipe bombs and to import ammunitions from other states prior to February 27, 2002. He argued that the that tapes suggested conspiracy to smuggle dynamite bombs to Ahmedabad from quarry operated by a VHP worker. These aspects not investigated by the SIT, Sibal added.
The hearing will continue today as well before a bench comprising Justices AM Khanwilkar, Dinesh Maheshwari and CT Ravikumar. For detailed account of yesterday's hearing, refer this report- Gujarat Riots | 'No Investigator With A Sense Of Justice Will Discard These Evidence': Sibal Slams SIT Probe Giving Clean Chit To Narendra Modi & Ors
For the reports about previous hearings, refer here and here.
Click Here To Read The Order
Next Story
Similar Posts
+ View more
Webinars
+ More
Law Firms
+ More
Latest News
+ More
लाइव लॉ हिंदी
+ More
International
+ More
Environment
+ More