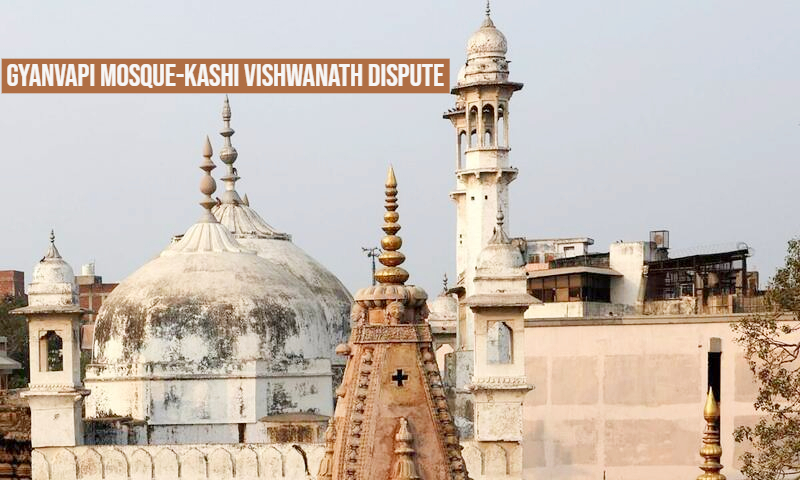 District Judge A. K. Vishveshva order rules that the suit filed by the Hindu Worshippers is not barred by The Places of Worship Act or the Waqf Act. With this, the Anjuman Islamia Committee's challenge to the maintainability of the suit has been rejected. Now, the suit of the Hindu worshippers will be heard further by the Varanasi Court.

The plaintiffs (hindu women worshippers) have essentially sought a right to worship Maa Shringar Gauri on the outer wall of the mosque complex located next to the Kashi Vishwanath temple. The maintainability of that very suit had been challenged by the Anjuman Committee (which manages Gyanvapi mosque in Varanasi) arguing that Hindu Worshippers' suit is barred by Law (Places of Worship Act, 1991).

Having heard the parties at length, District Judge A. K. Vishvesha last month completed the hearing and reserved its order

On the other hand, the Anjuman Masjid committee has argued in its objection and order 7 rule 11 CPC application that the suit is specifically barred by the Places of Worship (Special Provisions) Act, 1991.

Meanwhile, a petition was filed by the Masjid Committee before the Supreme Court challenging the survey ordered by the Varanasi court.

Hearing the plea on May 17, the Supreme Court clarified that the order passed by the Civil Judge Senior Division at Varanasi to protect the spot where a "shiv ling" was claimed to have been found during the survey of the Gyanvapi mosque will not restrict the right of Muslims to access the mosque to offer namaz and to perform religious observances.

Further, on May 20, the Supreme Court transferred the suit filed by Hindu devotees in connection with the Gyanvapi Mosque-Kashi Vishwanath Temple dispute to the District Court in Varanasi.

The Supreme Court also ordered that the application filed by the Committee of Management Anjuman Intezamia Masjid before the trial court under Order 7 Rule 11 CPC for rejection of the suit as being barred in law, shall be decided on priority by the District Judge.

Meanwhile, it was also ordered that its interim order dated May 17 shall continue in operation till the application is decided and for a period of 8 weeks thereafter. With this, a bench of Justice D Y Chandrachud, Justice Surya Kant, and Justice PS Narasimha adjourned the matter to October 20.

For a detailed report of today's order, click here.