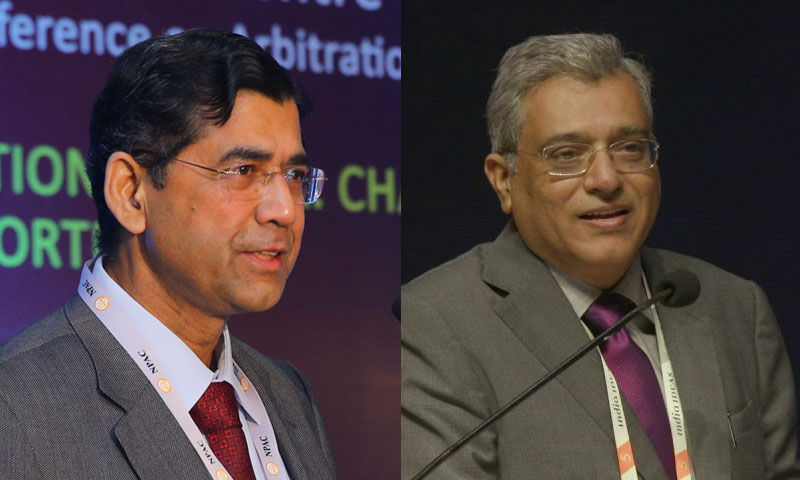 In the ongoing sessions of Webinar Series organised by Daksha Fellowship, Senior Advocates Arvind P. Datar & P.S. Narsimha spoke at a webinar on "Public Law Lawyering".The Webinar panel was moderated by Mr. Mahesh Menon, faculty at the Daksha Fellowship.The webinar began with a discussion on the presumption of constitutionality on statutes. Mr. Datar first addressed the issue of the...

The Webinar panel was moderated by Mr. Mahesh Menon, faculty at the Daksha Fellowship.

The webinar began with a discussion on the presumption of constitutionality on statutes. Mr. Datar first addressed the issue of the existence of presumption of a law/statute being constitutional when it is passed by the parliament. Courts are more inclined to save a statute, he stated.

Datar: When parliament passes a law, the presumption is that its constitutional. Challenging it is an uphill task. There are parameters but are a difficult task.

He exemplified it by stating that when the Government says that 2G internet is sufficient in an area, the test of whether it really is sufficient must be tested and revisited if it is not.

On the aspect of whether having a separate forum for purposes of evidence in Constitutional proceedings is required, Datar said that "In 90% proceedings of constitutional cases, there is hardly need to put forth oral evidence. I think the present situation really needn't be changed".

Senior Advocate PS Narsimha stated that it was time to grant civil courts the power to exercise judicial review.

Narsimha: In Constitutional matters, examination made on basis of affidavit, if argued a little further, court says go to civil court if you want to argue on merits. Time has come to grant civil courts the power to exercise judicial review. Direct governance under the crown also allowed the civil courts to review executive action but we have now done away with it with the coming forth of fundamental rights.

While pointing to the fact that there are a large number of cases which do not get reported are where law officers often concede, he added that,

"Small percentage of matters where law officers do not concede. These are conscientious issues and that is where it is often thought that they do not concede - these are the matters which are most often reported. They can't give an impression that they are easy about it"

Narsimha also stated that many cases in the law courts these days were political issues and that is where the question of give and take for lawyers did not arise.

Next, he stated that in political matters, the importance of lawyers independence was extremely important. While doing so he added that objectivity of law and fact was extremely essential, much like what Senior Advocate Arvind P. Datar always maintained.

Narsimha: Political position of a lawyer - leads to a situation where a lawyer will always argue a matter from a particular standpoint. A lawyer like Arvind - a rarity. Constantly remembering the purpose of litigation will help the court to arrive at truth.

Mr. Datar stated that he did not expect government lawyers to concede to a point in law, while conceding on a question of fact was understandable.

Both Senior Advocates spoke on the aspect of the trend of constitutional courts in politically sensitive cases to make a great declaration of law and then not provide relief. They introspected on the future of adjudication in this regard.

Narsimha: Adjudication is three-fold so as to speak -
1) Court has to interpret the matter
2) Court will have to apply the conclusion it draws after interpretation
3) Court grants appropriate relief.
To say court must not entertain if it doesn't give relief is incorrect.

Narsimha further added that there needs to be a difference between decision-making and precedent making.

Further to this, a conversation surrounding the role of Public Interest Litigation also ensued.

While Senior Advocate Narsimha stated that PILs were a beautiful exercise of jurisdiction from time to time, they were now becoming a tool for lawyers and litigants to come to Court. We can't really do away with it but restraint must be exercised by the lawyer who is filing a PIL. It is our responsibility, he said.

Datar on the other hand highlighted that PILs were not a necessary evil but an "affirmative good" and exemplified it with the advent of Sexual Harassment at Workplace Laws and Stoppage to deforestation. He also said that many PIL's were politically motivated.

"NGO coming up suddenly and top counsels appearing for them. It is understood why they came up in the first place" - Datar

Both Senior Counsel also addressed the issue of Strategy adopted for political PILs by courts of extending matters now being taken up in human rights cases.

Datar: Sometimes, taking no decision is also a decision. Court often adjourns when tempers are high. However, no question of adjourning habeas corpus petitions. Rule should be that habeas corpus must be decided on priority. Datar: Jail first and try later is very unfortunate. Also, if its a sensational matter, odds of getting bail are low. This needs to be taken into account.

Lastly, the Counsel gave advice to lawyers who were looking to enter the public law field.

While Mr. Datar stated that it was important to have an ongoing practice along with practicing public law, Mr. Narsimha stated that,

"A public lawyer must read our freedom moment. Public lawyer must know the history of our country and its political sides. When you go to court and contest the context of your rights and powers of state, you go to fundamentals. We need to reinvent ourselves and get out of elitist imperialism. Get a foothold and then evolve"