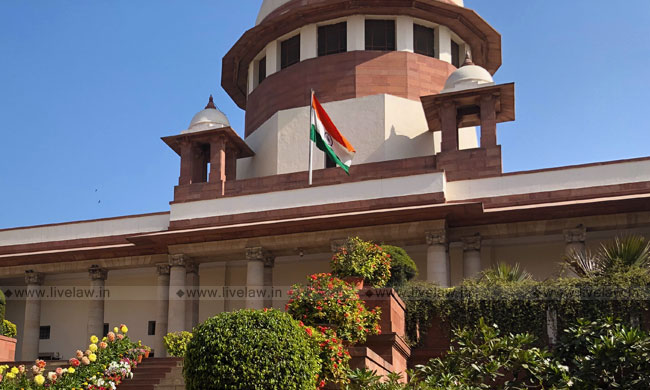 The Supreme Court on Tuesday declined to direct the UP Police to file the supplementary charge sheet in order to place on record the recently recorder 164 statements in the Hapur lynching case.The vacation bench headed by Chief Justice Ranjan Gogoi however gave liberty to the Petitioners to bring the new 164 statements to the attention of the concerned Trial Court.The statements of the...

The Supreme Court on Tuesday declined to direct the UP Police to file the supplementary charge sheet in order to place on record the recently recorder 164 statements in the Hapur lynching case.

The vacation bench headed by Chief Justice Ranjan Gogoi however gave liberty to the Petitioners to bring the new 164 statements to the attention of the concerned Trial Court.

The statements of the two brothers of Qasim Qureshi, who was killed in the Hapur lynching were recorded on 15.05.2019.

The Bench was hearing the two writ petitions, one filed by the survivor of the said episode of cow vigilantism, and the other by the son of victim Qasim, wherein a slew of directions were sought against the investigation conducted by the State of UP and for protection and compensation to the victims and witnesses.

On April 8, the top court asked the Uttar Pradesh government to file a fresh status report in the Hapur lynching case last year, in which one person lost his life.

A bench of Chief Justice Gogoi and Justices Deepak Gupta and Sanjiv Khanna asked the state government to submit its status report on the investigation and trial in the case.

Advocate Vrinda Grover appearing for the petitioners in both petitions submitted that despite the investigation having been directed by the Court to be under the direct supervision of the IG(Meerut) Range, a perusal of the charge sheet filed by the police reflects that it does not invoke the provision of Section 149 IPC, Section 34 IPC or Section 120B IPC, and this loophole would make prosecution of the accused persons almost impossible.

The Court after hearing the submissions sought a detailed investigation report from the State of Uttar Pradesh. Further, it has been directed that the cancellation of bail applications against the accused, pending in the trial court, shall be disposed off before the next date of hearing in the Supreme Court.

The apex court on September 5 last year directed the Inspector General of Police of Meerut range to supervise the investigation in the Hapur lynching case.

The Uttar Pradesh government had earlier told the court that it has transferred the SHO concerned and filed appeals seeking cancellation of bails granted to the accused in the case.

It had told the top court that the police had taken swift and instant action at the time of the incident and the investigation in the case will be completed in 60 days.

On August 13 last year, the apex court directed a senior Uttar Pradesh police officer to probe the case in which a person was killed and another brutally assaulted in the name of cow vigilantism.

It had termed the allegations of survivor Samiuddin as "serious".

It had also directed the IGP to "facilitate the recording" of victim's statement before a judicial magistrate regarding the incident in which 45-year-old Qasim Qureishi was beaten to death on June 18.

The plea filed by Samiuddin had sought setting up of a Special Investigation Team (SIT) to ensure "an impartial, competent and fair investigation" into "the barbaric incident of mob lynching on June 18 last year in Hapur district of Uttar Pradesh.

The plea said that Samiuddin (the petitioner No. 1) and Qasim (deceased), both belonging to the minority community, were targeted and mercilessly assaulted by a mob of the majority community from the neighbouring village, in the name of cow vigilantism.

The plea had sought "setting up a SIT comprising of police officers with impeccable career records of integrity and competence from outside the state of Uttar Pradesh, which shall be charged with the responsibilities and duties of investigation, in respect of all issues relating to the matters concerning and arising from the incident".

It sought a direction that the SIT "shall report to and be responsible to this court through the filing of periodic status reports and shall also keep this court informed of any major developments".

The plea further sought a direction to the state government to compensate the victim for his medical treatment. It said Qasim had died as a consequence of the lethal mob lynching, while Samiuddin survived the attempt on his life but suffered multiple fractures, wounds and egregious injuries.

It said Yaseen and Dinesh Tomar, brother and a family friend, were subjected to "grave threat and coercion" by Circle Officer Pawan Kumar Singh of Pilkhuwa Police Station for lodging a false complaint of road rage instead of mob lynching.