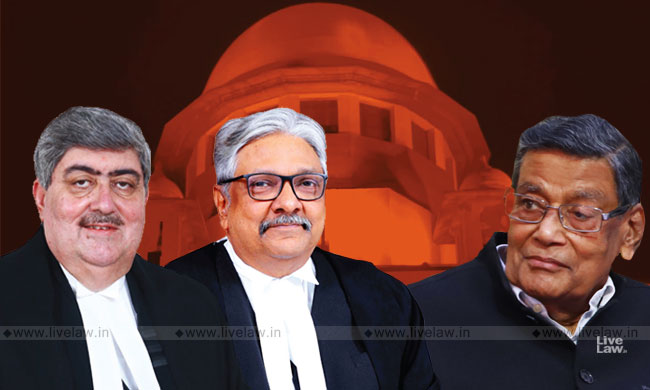 The observations by a two judges bench of the Supreme Court in a recent order seem to be in variance with the claims of the CJI-designate Justice S A Bobde that the Central Government was not delaying judicial appointments.A bench comprising Justices Sanjay Kishan Kaul and K M Joseph took note of the alarming increase in vacancies of High Court judges - nearly 40%. The bench observed that...

The observations by a two judges bench of the Supreme Court in a recent order seem to be in variance with the claims of the CJI-designate Justice S A Bobde that the Central Government was not delaying judicial appointments.

A bench comprising Justices Sanjay Kishan Kaul and K M Joseph took note of the alarming increase in vacancies of High Court judges - nearly 40%. The bench observed that the convention of sending the names six months in advance of the vacancy will be meaningless if the Centre is not processing the names within time.

In this connection, the Attorney General submitted that submitted that he will take up the issue with the "appropriate authorities to ensure that the time period taken for processing the recommended names can be shortened".

The Court noted that the CJI has passed directions for filling up vacancies in subordinate courts (in Malik Mazhar Sultan case). However, the vacancies at HCs are increasing.

"...Thus, the need of the hour is that even the High Court vacancies are filled in at the earliest," the bench of Justice Sanjay Kishan Kaul and Justice K.M. Joseph said.

As per convention, recommendations for vacancies are to be sent six months in advance so that there is enough time for processing the names from the recommendation stage till appointment.

Thus, sending names six months in advance would be meaningful only if the process till appointment is complete within six months which is a work the Government must attend to", the bench said.

In this backdrop, the Court said that it would "expect" the Attorney General - who the bench described as wearing "many hats as Attorney General, former SCBA President and as one of the senior most and respected members of the bar" - to do justice to all the hats he wears to see that the system is strengthened by prompt appointment of Judges at all levels.

The observations were made while hearing the transfer petition filed by one M/s PLR Projects Ltd., seeking transfer of its case out of Orissa in light of the continuous lawyers' strike there.

The observations by the Supreme Court assume relevance in the context of the recent remarks by CJ-designate Justice Bobde that the Government was not delaying judicial appointments.

"I don't think it is getting delayed, in fact, the Collegium recommendations are being processed much faster than I remember. There are some [delays] that have happened because we [Collegium] made some last-minute changes - you have to go through the process of asking for consent. Normally, they [Government] don't delay it", Justice Bobde had said in an interview to NDTV. 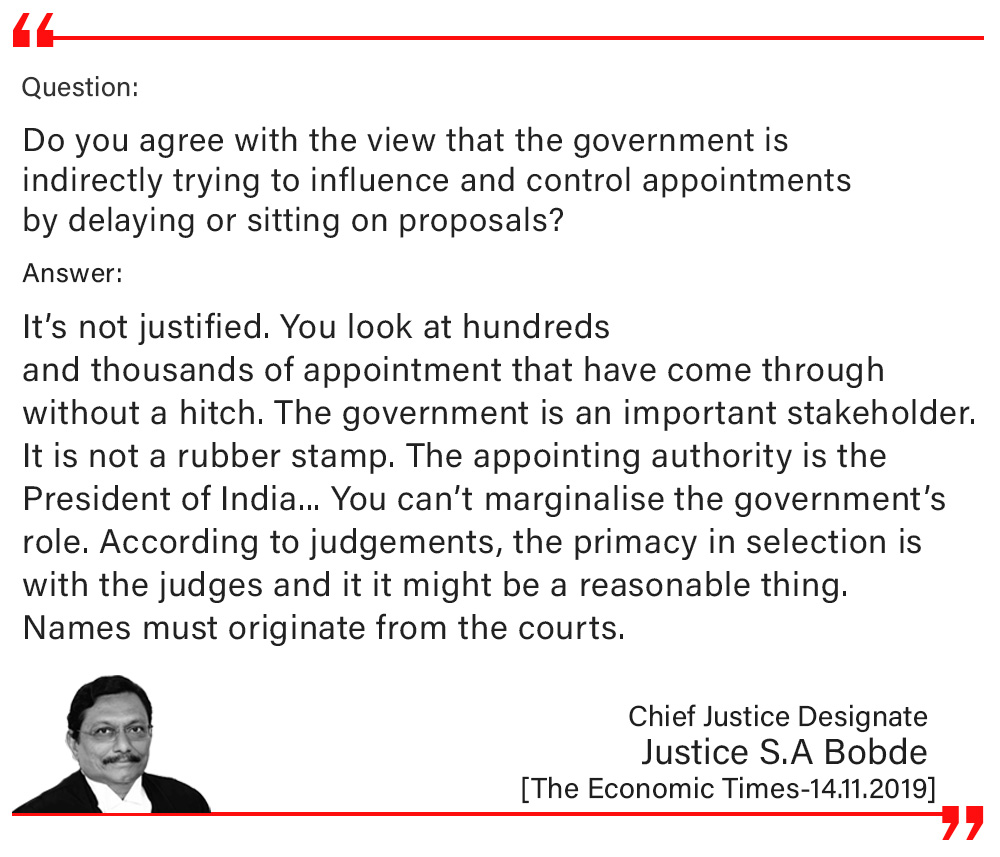 In this context, it may be pertinent to note that two petitions are pending in the Supreme Court seeking directions for time-bound decisions by the Centre on Collegium recommendations. Highlighting that even some of the files reiterated by Collegium are pending with Centre, the NGO CPIL has filed a PIL seeking a direction that the names reiterated by SC collegium must be notified by Centre within 6 weeks.

As per the data from the website of Department of Justice,  there are 424 vacancies out of 1079 sanctioned strength of High Court judges as on November 1. 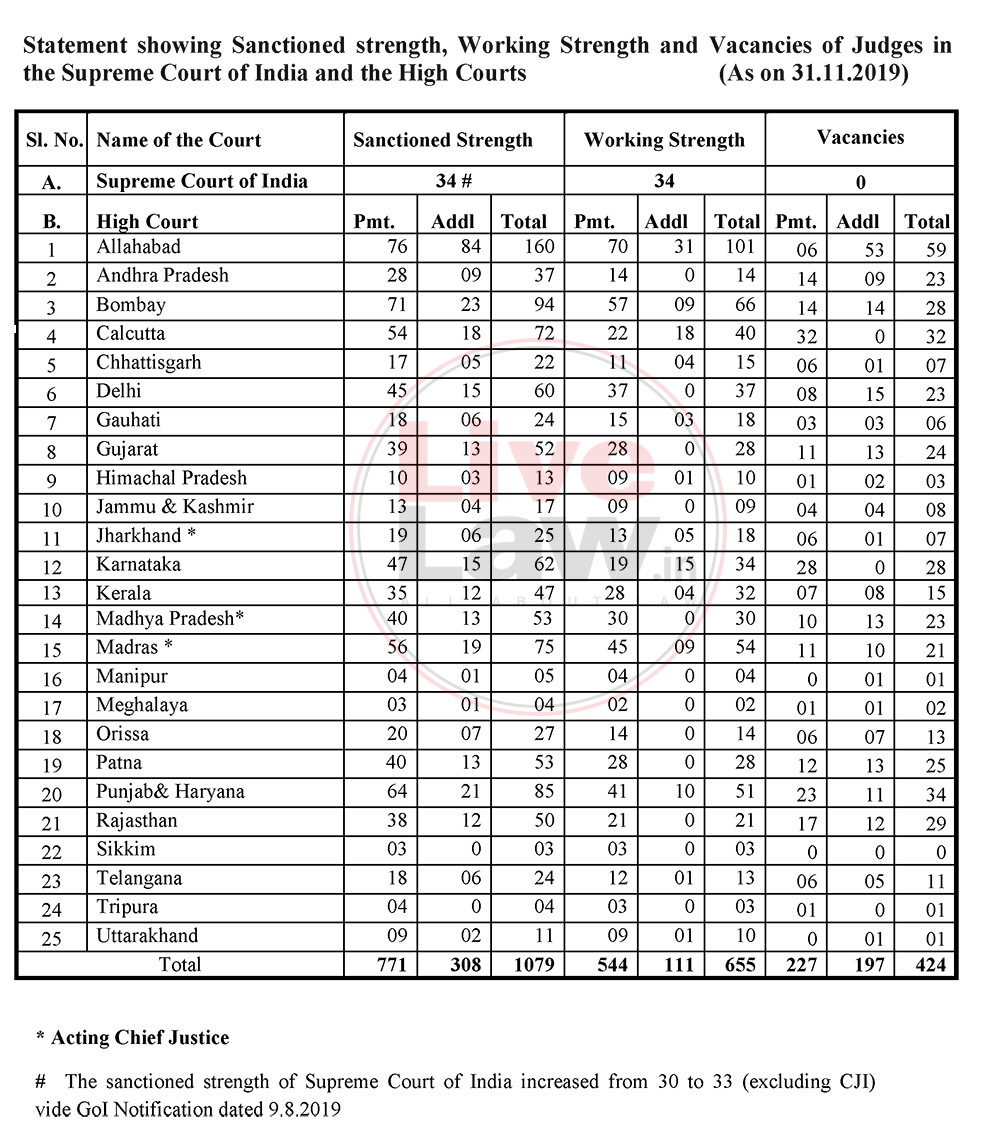 Advocates must not abstain from work

The bench also made observations deprecating the tendency of advocates to abstain from work as a sign of showing protest.

Remarking on the role played by Advocates in securing timely justice, the court said,

"We have given example of this Court where if really the advocates feel that there a cause to protest, they wear white bands. The advocates bring access to justice to the common man and thus, there can be no question of advocates abstaining from work…"

The court expressed its consternation on the number of working days lost due to abstention of work by lawyers. It noted that as many as 18 working days of the Orissa High Court had been lost this year till date and in some districts, the institution of Courts had been brought to a complete standstill, reflecting zero working days.

"We certainly expect the High Court of Orissa to continue working and lawyers not to abstain but all district Courts should at least now start working forthwith and the Bar Council of India to enforce the same by taking action, if the situation so arises, against any delinquent advocates."

With the above directions, the court asked the Chairman of BCI and senior counsels to remain present in the court on December 6 for further directions.