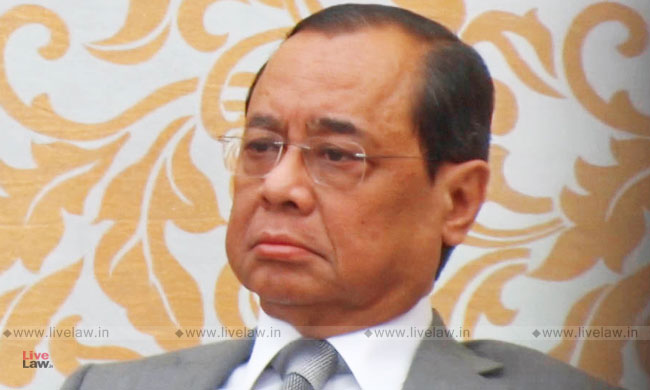 The Supreme Court on Friday dismissed a Public Interest Litigation (PIL) filed almost two years back which sought for an in-house inquiry against former Chief Justice of India Ranjan Gogoi for allegedly abusing his authority during his tenure as a Judge.

A Bench comprising of Justices Arun Mishra, BR Gavai and Krishna Murari dismissed the matter as infructuous on the grounds that the ex-CJI had demitted office and, therefore, nothing could be done.

The PIL, filed by Advocate Arun Ramachangra Hubalikar in 2018, referred to orders which had been passed by former CJI Gogoi which, according to him, were examples of the alleged abuse of the office of the Chief Justice. On this ground, it prayed for a constitution of an in-house committee to inquire into the ex-CJI's acts of "commission and omission".

The Supreme Court, however, refused to entertain the plea and informed Hubalikar that as Justice Gogoi had demitted his office in November 2019, the prayer did not hold any water.

Justice Mishra further questioned Hubalikar about his reason for approaching the Court at this delayed juncture. To this, Hubalikar responded that he had sent dozens of reminder letters to the Registry for the listing of his 2018 PIL, but to no avail.

Accordingly, the Supreme Court, deeming the prayer to be infructuous, dismissed the plea.