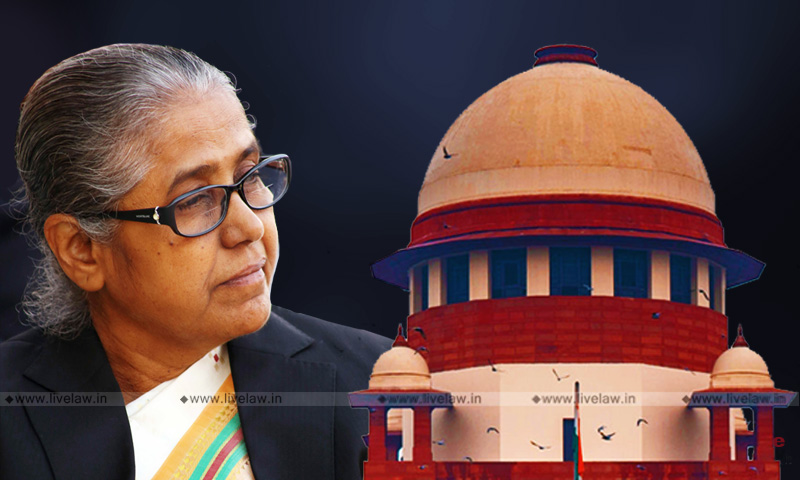 Thomson Reuters conducted on Saturday the Book Launch of "Judiciary, Judges & the Administration of Justice" authored by Justice R. Banumathi (Retd.), former Judge of the Supreme Court of India. The book, authored by Justice R. Banumathi who has served the Indian judiciary for more than three decades, contains valuable information about the Judiciary and its functioning. The...

Thomson Reuters conducted on Saturday the Book Launch of "Judiciary, Judges & the Administration of Justice" authored by Justice R. Banumathi (Retd.), former Judge of the Supreme Court of India.

The book, authored by Justice R. Banumathi who has served the Indian judiciary for more than three decades, contains valuable information about the Judiciary and its functioning. The book elaborates upon the 'independence of judiciary', 'judicial accountability', 'honesty and integrity', 'judicial ethics', 'impartiality and conscious objectivity' and 'probity of conduct' required of the judges. The services rendered by judges demand the qualities of learning; fairness; transparency and excellence; and high standards of conduct, moral vigour and rectitude. The book highlights the need for the judges to be dedicated to the cause of justice and adherence to constitutional values, transparency and accountability.

The event commenced with a Welcome Address delivered by Chief Justice of Delhi High Court DN Patel who congratulated Justice Banumathi for putting in the hard work into the book.

He elaborated upon the structure of the book which is made up of 4 parts and 22 chapters, while commenting how Justice Banumathi has "lucidly covered the E-courts aspect of adjudication in the 2nd part" and has thereby put forth a larger blueprint of digitization of judicial function.

Justices Indu Malhotra and DY Chandrachud then proceeded to deliver the Special Address during the event.

Justice Malhotra emphasized on how Justice Banumathi had started her career in 1988 through the Tamil Nadu Judicial Services and had drawn from her experiences while writing the book.

"Her book will provide tremendous insight, not only to us, but to everyone who wishes to dispense justice. She has drawn from her experience as a district judge and has constantly emphasized on the need for judges to be up to date on the law and to constantly keep reading", said Justice Malhotra.

She ended her Address by informing the audience that the book was divided into four parts – Judiciary, E-Courts, Role of the Judge and Case Management and Administration, and it was therefore a must read for all.

Justice Chandrachud commenced his speech with a personal anecdote on Justice Banumathi.

"This book is not just a product of post-retirement life. This project started way before she demitted her office. For a Judge to do this, while having to work through hundreds of SLPs, is remarkable".

Justice Chandrachud noted fondly that whenever Court would rise for lunch, one could find Justice Banumathi completely engrossed in the case, as opposed to other Judges discussing movies or something else to get their minds off the work. "Sister was always working and sincere", said Justice Chandrachud.

Enumerating the success of virtual courts, Justice Chandrachud, who is also the President of the E-Committee, listed the statistics revolving around the success of the National Judicial Data Grid and elaborated upon how it had helped in the disposal of old cases and manage litigation across the country.

Justice Chandrachud then referred to an excerpt from the book and observed how a Judge must remain a Judge throughout his/her lifetime, even after attaining the age of 62 or 65. He concluded his speech by congratulation Justice Banumathi for the culmination of her efforts and for her contribution.

Justice NV Ramana of the Supreme Court then delivered the Keynote Address at the event and stated that Justice Banumathi's work provided an insight into the working of the judicial system, right from the trial court level.

"Everyone can attest to the hardworking nature of Justice Banumathi. She's a spirited and passionate Judge. She has knowledge across the board, from Civil to Criminal. With her vast experience, she has laid down important concepts for everyone", noted Justice Ramana.

Justice Ramana then referred to the book and observed how it had been divided into 4 parts, and managed to explain many legal concepts, from doctrine of separation of powers to the importance of an independent judiciary. "I found the book easy to read, informative and useful", he said.

Before concluding his address, Justice Ramana gravely remarked, "There seems to be a misunderstanding that Judges lead a life of luxury in their ivory towers. That is not true. Judges have to balance their social lives in order to be independent. Judges are becoming targets of juicy gossip and social media proceedings. This is increasing due to proliferation of social media".

Chief Justice of India SA Bobde then released Justice Banumathi's book and presented the first copy of the book to Justice Ramana. He then commenced the Presidential Address by observing that the book was unique as it provided insight into the functioning of the colossal institution of the judiciary.

"Her experience is diverse and her book shows that she has learned something at every stage, right up to e-courts and computerization. Her work helps the readers to learn the important things about the judiciary and to build upon it in their own lives. The book encapsulates how the Judges have to constantly rise above themselves in their work", said the CJI.

The CJI then quoted David Pannick and stated that Judges were constantly called upon to do things that others avoided doing.

"While the judicial mind has to remember the social divisions and barriers, it cannot be swayed by these and cannot add upon it its own prejudices", remarked the CJI.

Justice Banumathi then closed the event by delivering the Vote of Thanks. She stated that the book emphasized upon how the Judges must always dedicate themselves to the cause of justice, irrespective of their hierarchies.

She then proceeded to thank the CJI for penning the foreward of the book and for delivering the Presidential Address. She also thanked Justice Ramana for receiving the first copy of the book. She then thanked Justices Chandrachud and Malhotra for always providing her with a word of encouragement and for supporting her efforts.

The Book Launch came to an end with Justice Banumathi thanking all the Judges present, the Bar Associations, and her family for providing her with the strength to write the book.