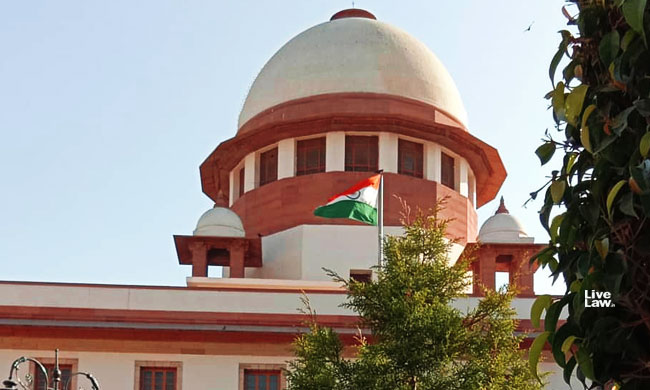 Two Separate appeals have been preferred in the Supreme Court challenging the judgment passed by the Uttarakhand High Court, whereby the validity and constitutionality of the Uttarakhand Char Dham Devasthanam Management Act of 2019 was upheld.

The Uttarakhand High Court had dismissed Subramanian Swamy's plea against the state government's takeover of the Char Dham sites and 51 other shrines. The impugned judgment is a July 21 verdict passed by the High Court.

NGO's People for Dharma & Indic Collective have preferred these appeals before top Court, which have been filed by Advocate Suvidutt MS states that the Act of 2019 is Unconstitutional in its objectives and provisions.

The petition opens its averments by seeking to leave to appeal on the ground that the nature of the impugned Act is un-secular and violates the rights of petitioner herein and millions of other devotees in contravention of Articles 14, 25 & 26 of the constitution.

In this context, stating that the the promulgated legislation which has come into effect, takes away the constitutional rights of millions of devotees and gives wide arbitrary powers to state appointed/nominated functionaries to alter the traditional systems of management prevalent in institutions of only one religion which is thereby violative of Articles 14, 25 and 26.

The petitioners then touch upon the provisions of the Act, i.e. Section 2(d), 3(2), 4(1), 4(4), 4(6) & 16, highlighting that the High Court, while upholding the said legislation, failed to appreciate that two main temples, namely Shri Badrinath and Shri Kedarnath that are being "targeted" by the impugned Act were already being managed by existing State legislations.

If at all, the intent of the Act is to manage the scheduled various institutions (and those which may be added later), is towards "rejuvenation" of the same, then undoubtedly proves that the State Government had so far failed in preserving and managing at least the said two Temples to their betterment, it is stated by the petitioner-NGO's.

"That the respondents without claiming/proving 'mismanagement' in these institutions cannot legitimately take upon itself the power to take over the management of these as well as various other religious institutions in one go."

It is contended that 'rejuvenation' cannot be the ground for taking over the management of so many institutions and their properties. Even the idols and religious instruments and ornaments belonging to these institutions that belong to one particular religion, by a secular state, the plea states.

Next, the appeals state that the High Court has erred in narrowing down the scope of Article 26 as well as the rights that it confers/guarantees which are only subject to public order, morality and health and not new restraints, that the plea claims were "invented" through the High Court's analysis.

"That the Hon'ble High Court also insists on restriction of the scope of the term "matters of religion" in sub-clause (b) of Article 26. That both the above findings of the Hon'ble High Court are against the intent of the Framers of the Constitution that every religious denomination or sect or group or any individual thereof shall have the right to establish religious institutions in furtherance of the rights guaranteed in the Article 25 and to manage the existing religious institutions that have been traditionally managed so," the plea reads.

Apropos this, it is stated that the High Court has erred in holding that the to avail the rights under Article 26 (d), it needs to be proved that the property has been acquired or owned by the denomination.

The plea avers that administration of the property belonging to a religious institution in accordance with law cannot give the secular State, power to legislate statutes that take away the rights of the community "without assigning a valid reason nor it can be so broad in language to cover within its ambit legitimate "matters of religion"".

"....Article 26 protects the rights of a community/denomination in their religious institution irrespective of the origin of the institutions. That the history of the Temples that establish the traditional management of the institutions and the property thereof as has been in care of Sanatani Hindus since time immemorable, the right under both Articles 25 and 26 accrue," the plea reads.

Further, the petitioners state that the High Court's did not appreciate the arguments and evidence placed before it to support the fact that Sanatani Hindus are a denomination and elaborates on the hindi terminology translation of the constitution under Article 26, wherein the words words 'sampradayay' and 'anubhagh" have been used.

"That just for the shortfall of not being able to put themselves under a bracket of pre-defined notions of a 'denomination' which in case of the Hindu religion is entirely possible, the community and devotees of a particular Temple/Deity cannot be denied these rights," the plea reads.

Additionally, the plea also points to the Article 31A (1) (b) and refers to as a Constitution Bench judgment of Ramanlal Gulabchand Shah v. State of Gujarat & others, 1969 AIR 168, which states that the said Article can be invoked only if management of any property is taken over by the State in public interest or to secure proper management, for a limited period.