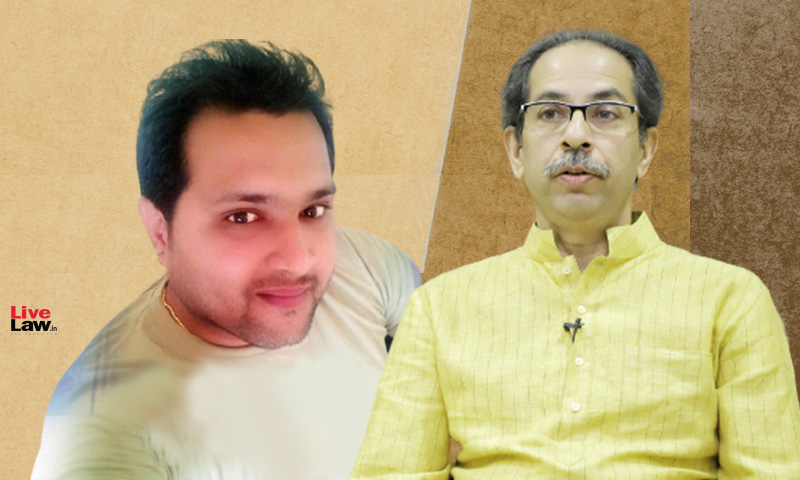 The Supreme Court on Monday refused to entertain an Article 32 petition filed on behalf of Sameet Thakkar for transfer and consolidation of investigation in the FIRs pertaining to his tweets against the Chief Minister of Maharashtra and other Cabinet Ministers.A Bench headed by Chief Justice of India SA Bobde directed Senior Advocate Mahesh Jethmalani, appearing on behalf of Thakkar, to...

The Supreme Court on Monday refused to entertain an Article 32 petition filed on behalf of Sameet Thakkar for transfer and consolidation of investigation in the FIRs pertaining to his tweets against the Chief Minister of Maharashtra and other Cabinet Ministers.

In today's hearing, Jethmalani submitted to the Court that the offences in the FIRs were bailable, and yet Thakkar had been arrested.

"Please see my Affidavit. These are all bailable offences and I have been arrested. Please see what has happened. If your Lordships are not shocked by this, then nothing will shock you.", stated Jethmalani.

To this, the CJI responded, "We see such matters every day. We are immune from such shocks. Nothing will shock us now".

At this juncture, Advocate Rahul Chitnis, appearing for State of Maharashtra, informed the Court that the State would not be opposing the bail application as the investigation had been completed.

The CJI then informed Jethmalani that the Apex Court would not be entertaining an Article 32 petition and that he should approach the High Court.

"High Court can also uphold your fundamental rights. HC can also protect you.

We find it strange that we have to ask you to listen to us. We have repeatedly said that we will not entertain an Article 32 petition", noted the CJI.

Jethmalani continued submitting to the Court that the offences in the FIRs did not disclose anything against Thakkar and that subsequent FIRs were filed after his arrest. Further, Thakkar was paraded on the road, videographed and had been in custody for weeks, all because of a few tweets.

The CJI responded, "What makes you think that we approve of this? We are only asking you to approach the High Court, so that we can have the benefit of their observations. We will allow you to withdraw the plea and approach the appropriate forum".

Accordingly, the Supreme Court dismissed the plea, with liberty granted to the Petitioner to approach the High Court.

The petitioner has sought for transfer and consolidation of investigation in the FIRs already registered and any future FIRs pertaining to tweets against the CM of Maharashtra and other cabinet ministers to Sitabuldi Police Station Nagpur, "to ensure that he is not subjected to multiple proceedings in different jurisdictions based on the same facts and allegations."

On July 1, 2020, a complaint came to be filed against Thakkar at Nagpur by one Nitin Tiwari, a Shiv Sena functionary for allegedly posting some objectionable tweets against Uddhav Thackeray. Another complaint came to be filed against the petitioner for allegedly posting some objectionable tweets, with VP Road Police Station, Mumbai by Dharmendra Mishra, who is an Advocate and also a Shiv Sena functionary. Another complaint was filed at BKC Cyber Cell. FIRs were registered in all the above complaints for offences under provisions of IPC and IT Act.

The petitioner filed writ petitions before the Bombay High Court seeking protection from arrest. He was arrested on October 24, 2020 from Rajkot by the Sitabuldi Police Station, Nagpur. After securing his transit bail from the Rajkot Court, the police took the petitioner to Nagpur. He was produced before the Nagpur Magistrate Court on October 26.

According to the petitioner, he was produced before the Magistrate "in an inhuman condition with his face covered with a black cloth and his neck tied with a rope, which was being pulled by a Police officer. The Petitioner was paraded on the road while being video graphed."

Thereafter, Nagpur Magistrate Court remanded the Petitioner to police custody till October 30, 2020 and further extended the police custody till November 2. Petitioner has alleged that during custody, he was mistreated, not permitted to change his clothes or take a bath for his entire period of police remand.

Thereafter, on November 3, 2020, the petitioner was produced before the Girgaon Magistrate Court by the VP Road Police Station. It was informed by the prosecutor that the police have added Sections 201, 509 of IPC and 67A of the IT Act in the connected FIR, 67A being non-bailable.

The petitioner was remanded to police custody till November 9, 2020 and then the Girgaon Court granted judicial custody to the petitioner. Bail application of the petitioner was scheduled to beheard on November 10. Meanwhile, a production warrant was immediately sought by the BKC Cyber Police Station in connection with the third FIR, to arrest the Petitioner.

On November 10, the petitioner was granted bail in connection with the FIR at VP Road police station. While granting bail to the petitioner, the Metropolitan Magistrate Court imposed a condition that the petitioner shall not operate his Twitter account until further orders.

The petitioner has argued that this condition is ex facie illegal, arbitrary and violative of the his fundamental right to freedom of speech and expression. Again, as soon as the petitioner secured bail, he was arrested by the BKC Cyber Police.

"The conduct of the Maharashtra police, of arresting the petitioner in one case after another, upon securing bail, without any notice, smacks of malafide. Furthermore, in FIR bearing no. 29 of 2020, registered at BKC Cyber Police Station, the Petitioner is named as accused no.7 and is the only one to have been arrested.

The Petitioner above named is being harassed because he is critical of the ruling dispensation. It is submitted that in any event the investigations are overlapping, electronic evidence has already been sent to the forensic lab and all the alleged objectionable tweets are already forming part of Nagpur FIR. In the circumstances, the continued incarceration of the Petitioner is a violation of the Petitioner's personal liberty and violative of the principles of justice and liberty."

Thus, the petitioner has sought the following-

a) Grant of ad-interim bail in FIR registered with the BKC Cyber Police Station, in the interest of justice and liberty;

b) Stay further investigation in both the remaining FIRs registered at VP Road police station and Sitabuldi Police Station, Nagpur.

c) Set aside the condition imposed by the 4th Metropolitan Magistrate Court, Girgaon vide Order dated 10.11.2020 and the Petitioner be allowed to operate his Twitter account