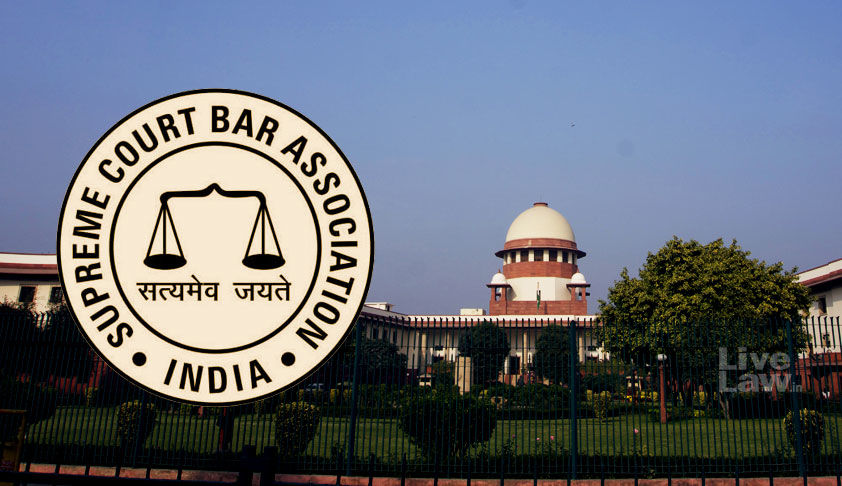 The intervening application is filed in the suo moto case taken by the Supreme Court titled "In Re: Distribution of Essential Supplies and Services During Pandemic".

A bench led by Chief Justice of India had taken suo moto cognizance of the issue today morning saying that different High Courts dealing with the issues created "confusion and diversion of resources". Senior Advocate Harish Salve was appointed as an amicus curiae in the case to assist the court.

The CJI also indicated during the hearing that issues considered by the High Courts might be withdrawn to the Supreme Court.

In this backdrop, the SCBA has filed the application, saying that High Courts are best suited to deal with local issues such as lack of oxygen supplies, unavailability of hospital beds, diversion of essential drugs etc.

"High Courts, situated almost invariably in the capital of the States, are in a better position to seek immediate reports from the local administration and pass directions and orders for immediate removal of difficulties arising in treatment of the infected patients depending upon local emergent situation.The State machineries are lacking on various aspects and Hon'ble High Courts are suitably dealing with the issues prevailing at local level within their territorial jurisdiction", the SCBA's application says.

At the same time, the SCBA agreed that certain issues like inter-state free and fast movement of essential supplies related to treatment of infected patients as well as basic needs of general public for survival during this misfortune, issues of migrant labourers returning home due to lockdown imposed in the area of their employment might require a "centralized consideration", which could be dealt with by the Supreme Court.

However, since there is absence of preparedness in advance for the present situation by the central and state machinery, some difficulties are arising at local level and same are being resolved by various Hon'ble High Court in view of the local situation, the Association says.

Supreme Court Bar Association files application in the Supreme Court saying cases in High Courts on #CovidIndia related issues should not be transferred to the SC.

HCs are best suited to deal with the situation and should be allowed to continue dealing with the issue, SCBA says. pic.twitter.com/JVwMargOxD

Several senior lawyers have spoken against the move of the Supreme Court to take over the cases from High Courts.

The Supreme Court's extraordinary move came after the High Courts of Bombay and Delhi made urgent interventions on Wednesday night to ensure supplies of oxygen and medicines to COVID-19 patients, after making certain strong critical observations against the Central Government.