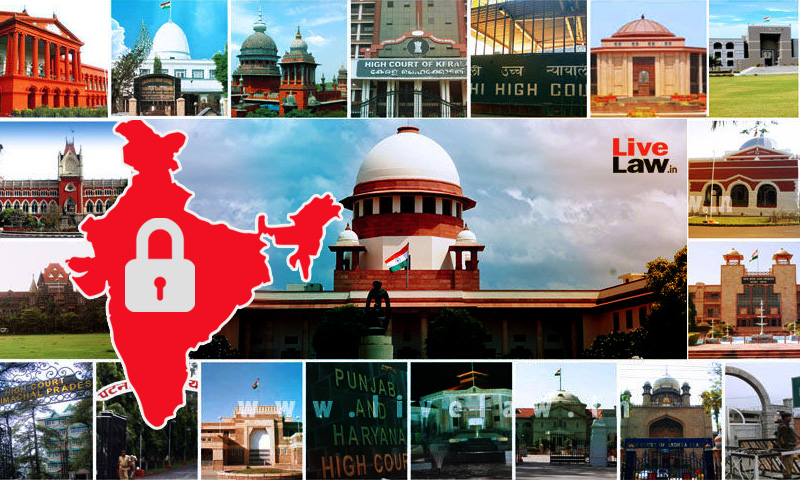 Observing that the High Courts are well within their jurisdiction to take cognizance of the violation of the fundamental rights of migrant labourers, the Supreme Court on Tuesday clarified that the proceedings in the HCs will continue.

A bench comprising Justices Ashok Bhushan, S K Kaul and M R Shah made this pertinent observation in the order passed in the suo moto case on the miseries of migrant labourers.

"It has also been brought before us that various High Courts have also taken notice of cases of migrant labourers. High Courts being constitutional Courts are well within their jurisdiction to take cognizance of violation of fundamental rights of migrant workers and we have no doubt that those proceedings shall proceed after considering all aspects including the response of concerned authorities", the bench observed in the order.

During the hearing on May 2, the Solicitor General of India, Tushar Mehta, had taken objection to High Courts intervening in the migrants issue by saying "Some High Courts are running a parallel government".

The bench on Friday directed the States and UTs to transport the remaining migrants - who wish to go back - to their native states. The bench also passed further directions to set up help desks and counselling centres to enable returned migrants to find jobs.

The case will be further considered on July 8 to take stock of the progress.

Many High Courts adopted a pro-active approach to deal with various issues faced by migrant workers due to lockdown.

The Gujarat HC, observing that migrants were the worst affected due to lockdown, passed a series of directions to ensure that their basic needs like food and shelter are met.

As regards their travel, the Court directed the railways to either waive off their one way charges, or the State to bear their fare.
Following several adverse observations and orders by the Karnataka High Court, the Karnataka Government decided to bear the cost of migrants' travel from Karnataka to their native states.

The Andhra Pradesh High Court observed that the Court would be failing in its role, if it does not react to the issue of migrants being forced to walk hundreds of kilometers to their native places and passed a slew of directions to ensure proper availability of food, toilets and medical help etc. for these migrants. The Court observed that the situation was "alarming" and that "immediate intervention" of the Court was necessary.

The Madras HC suo moto sought an action taken report from the State Government and the Centre on the steps taken for the relief of migrants. The Court posed 12 specific queries to the Central and State Governments such as data on the migrant workers stranded in every state, the assistance being provided to them, the number of migrant workers who died on their way to their home states, the compensation for the families of the deceased migrant workers, and the assistance being provided to those who have returned to their native states. The Court passed further follow-up orders on the issue later.

"It is a pity to see the migrant labourers walking for days together to reach their native places and in the process, some of them had lost their lives due to accidents", the Madras HC had observed.

The High Court of Kerala has been monitoring the steps taken by the Kerala Government to provide food and shelter to guest workers. The Orissa HC and Bombay HC had taken suo moto notice of the issue of migrants, and passed necessary directions.