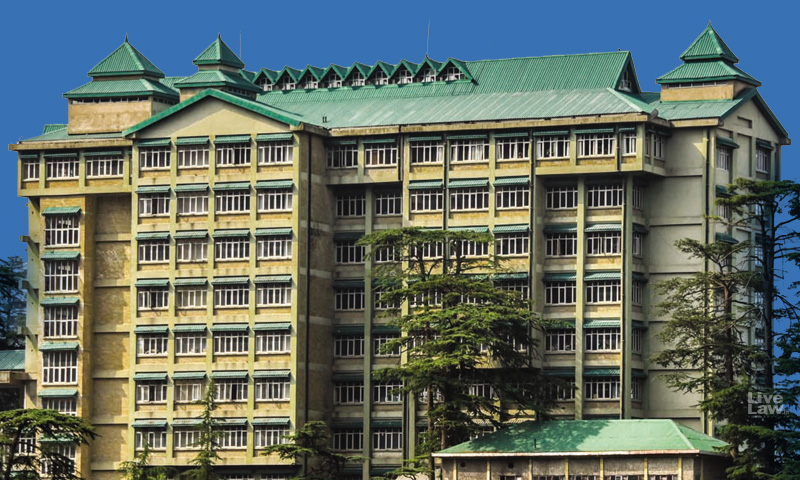 "The State cannot act in a misogynistic way," the Himachal Pradesh High Court remarked on Wednesday while allowing a married daughter's plea seeking compassionate appointment in her deceased father's place. "If the marital status of a son does not make any difference in the eyes of law, then it is difficult to think, how marital status of a daughter makes such a huge difference in...

"The State cannot act in a misogynistic way," the Himachal Pradesh High Court remarked on Wednesday while allowing a married daughter's plea seeking compassionate appointment in her deceased father's place.

"If the marital status of a son does not make any difference in the eyes of law, then it is difficult to think, how marital status of a daughter makes such a huge difference in her eligibility. In fact, marriage does not have proximate nexus with identity and even after marriage, a daughter continues to be a daughter. Therefore, if a married son has right to compassionate appointment, then a married daughter also stands on the same footing and her exclusion does not have any plausible basis or logic, so her exclusion has no justifiable criteria," the Bench comprising of Justice Sureshwar Thakur and Justice Chander Bhusan Barowalia held.

The order was passed in a writ petition filed by one Mamta Devi, seeking compassionate appointment in place of her deceased father.

As per the facts of the case, the Petitioner's father was a Class IV employee in the office of District Ayurvedic Officer, Kullu, who passed away before retirement, leaving behind her sister and mother.

She stated in the petition that since her mother and sister were unwilling to opt employment, she had applied for appointment on compassionate grounds. However, her application was rejected on the anvil that there is no provision in the Policy for grant of employment assistance to married daughter of the deceased Government employee.

Stating that such policy of the Government is against the spirit of Article 15 of the Constitution of India, the Bench held,

"The object of compassionate employment is not only social welfare, but also to support the family of the deceased government servant, who dies in harness, and by excluding married daughter(s) from the sweep of the family, the real purpose of social purpose cannot be achieved…

Moreover, in the instant case there is no male member in the family, since the father of the petitioner, who died in harness, left behind his widow and two daughters only, the petitioner, being the elder daughter. The aim and object of the policy for compassionate appointment is to provide financial assistance to the family of the deceased employee. In the absence of any male child in the family, the State cannot shut its eyes and act arbitrarily towards the family, which may also be facing financial constraints after the death of their sole bread earner."

Conversely, the Additional Advocate General had argued that the policy, in vogue, does not discriminate married daughters and the solitary object and rationale behind the same is that married daughters are no more dependent on the employee died in harness.

"The policy of providing compassionate employment, which is in vogue, evidently provide a criterion of dependency on the deceased government servant, now, it is difficult to understand that married sons remain dependent and dependency of married daughters ceases with marriage, hence forming an exception.

This exception may have hypothetical rationale, which though not offered, behind depriving employment assistance to a married daughter and it can be twin-fold, viz., (i) with marriage, financial dependency of a female shifts from her parents to her husband and his family; and (ii) least or no expectation from a married daughter to look after her surviving mother/father and siblings, who have chosen to give 'No objection' in favour of a married daughter, for her's being given employment on compassionate grounds.

The above two rationale, in fact, fail to constitute a valid and viable basis depriving employment on compassionate grounds to married daughters, especially when daughters, married or unmarried, have been given all legal rights, as available to sons (married/unmarried), after the death of parents."

The Court added that the real test of "dependency" is the fact that the Applicant, seeking compassionate appointment, was dependent on him/ her "prior to his/her demise".

"Thus, any other condition(s), debarring married daughter(s) is not only against the scheme of Constitution of India, but also against the dependency test," the Bench concluded.

It therefore read down the impugned Policy on compassionate appointment and directed the concerned authority to take "generous" view and to give compassionate employment to the Petitioner, if she is otherwise eligible and fulfills the criteria prescribed.

Similar Orders By Other HCs