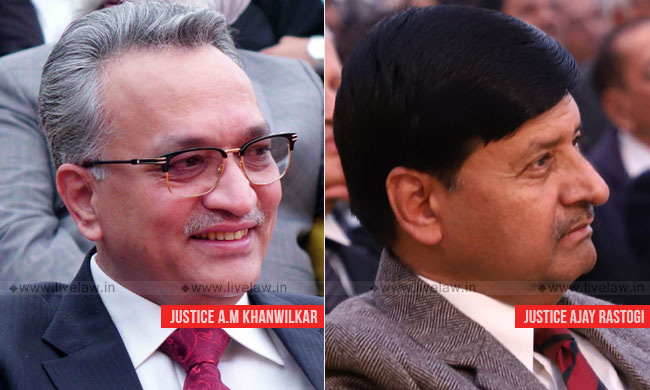 The Supreme Court has ruled that property inherited from father by sons becomes joint family property in the hands of sons.The bench of Justices A M Khanwilkar and Ajay Rastogi held so in the case Dodamuniyappa through LRs vs Muniswamy and others.Case backgroundThe respondent Muniswamy and five others, the plaintiffs, are the grandchildren of one Chikkanna, the propositus of a joint...

The Supreme Court has ruled that property inherited from father by sons becomes joint family property in the hands of sons.

The bench of Justices A M Khanwilkar and Ajay Rastogi held so in the case Dodamuniyappa through LRs vs Muniswamy and others.

The respondent Muniswamy and five others, the plaintiffs, are the grandchildren of one Chikkanna, the propositus of a joint family.

They filed a suit in 1980 seeking a declaration that a compromise executed by their father along with his two brothers with one  Dodamuniyappa (the appellant in SC) was not binding on them. The impugned compromise was made in an execution appeal, whereby the father and uncles of the plaintiffs agreed to convey a portion of joint family property to the appellant.

Challenging this compromise, the plaintiffs filed the suit, contending that the compromise cannot bind them as it was executed without their consent or knowledge.

The trial Court dismissed the suit holding that the plaintiffs failed to establish that the property was joint family property in their hands. This was reversed by the High Court in appeal, and the suit was decreed declaring the compromise to be not binding on the plaintiffs.

Challenging this, Dodamuniyappa, the first defendant in the suit, came before the SC.

Referring to the decision in Smt. Dipo Vs. Wassan Singh and Others (1983) 3 SCC 376, the bench said it was well settled that "the property inherited from the father by his sons becomes joint family property in the hands of the sons".

The SC bench of Justices Desai and Chinnappa Reddy had quoted Mulla in that decision as follows :

"A person inheriting property from his three immediate paternal ancestors holds it, and must hold it, in coparcenary with his sons, sons' sons and sons' sons' sons, but as regards other relations he holds it, and is entitled to hold it, as his absolute property.

Applying this principle, the Court held in the present case that when the reconveyance deed was executed in 1974, the property assumed character of joint family property. Hence, it would be ancestral property in the hands of plaintiffs, and the compromise executed without their knowledge and consent will not bind them, said the Court.

"There remain no controversy on the issue that if the subject property stands reassumed in its original character of joint family property on restoration of possession in pursuance to the decree of the Court dated 7th March, 1974, no compromise could have been arrived at between the parties at the stage of execution appeal without the consent of respondent nos. 1 to 6(plaintiffs) and such a compromise would not bind the rights of the respondent nos. 1 to 6 herein and this has been rightly held by the High Court under the impugned judgment", the Court observed.