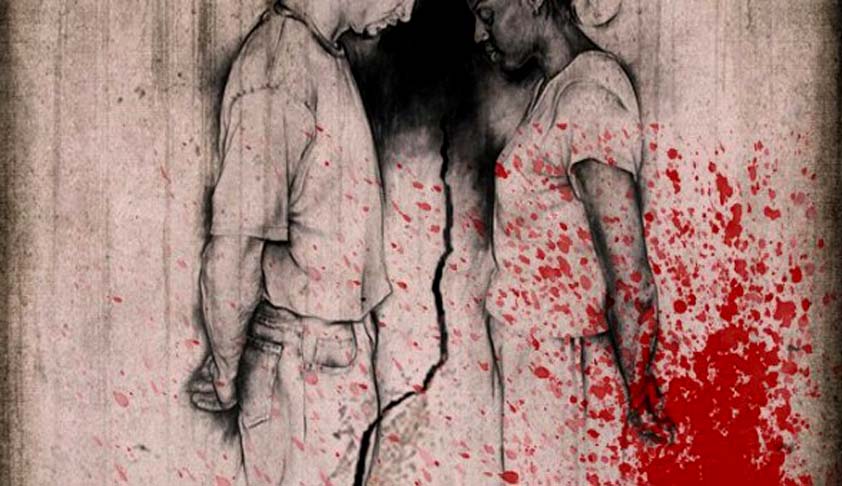 The Supreme Court on Monday set aside an order of the Rajasthan High Court which granted bail to a man accused of conspiracy to murder in a case of honour killing.The order cancelling bail was passed in an appeal field by the wife of the deceased husband against the High Court's order. The present plea has been filed by a 29 year old woman who is the wife of the deceased, challenging...

The Supreme Court on Monday set aside an order of the Rajasthan High Court which granted bail to a man accused of conspiracy to murder in a case of honour killing.

The order cancelling bail was passed in an appeal field by the wife of the deceased husband against the High Court's order.  The present plea has been filed by a 29 year old woman who is the wife of the deceased, challenging the order dated 01.12.2020 passed by the Rajasthan High Court granting bail to one of the accused who is also her brother, arguing that the bail was granted without appreciating the critical facts and circumstances pointing to his "involvement in the brutal murder of her husband in an honor killing incident on 17.05.2017". The woman, hailing from Rajasthan, had married a Malayali man against the wishes of her family.

A bench headed by the Chief Justice of India set aside the High Court's order observing that the same was not sustainable and asked the accused Mukesh Choudhury to surrender. The trial court was directed to complete the trial within a period of one week. The Supreme Court noted that the examination on 17 out of 47 witnesses are complete.

A Bench led by CJI NV Ramana had reserved its order on July 9 after hearing submissions made by Senior Counsel Indira Jaising(assisted by Advocates Paras Nath Singh, Aanchal Singh and Nupur Kumar) for the petitioner, Senior Counsel V.K. Shukla, appearing on behalf of the accused and Adv H.D. Thanvi, appearing for the State of Rajasthan.

Details of the Hearing:

During the hearing on Friday, Senior Advocate Indira Jaising had called the case "a blatant case of honour killing" of husband of a woman who married against her family's wishes in an inter caste marriage.

She had informed the court that they have approached the Court against bail being granted to one of the accused. There is a case of criminal conspiracy.

"They were making attempts to dissuade her from marrying the man long before she thought of marrying him. Mother and father entered her house with sharp shooter, which shot at the husband at point blank. It was only the neighbours that protected this girl. Otherwise plan was to kidnap her" Senior Counsel Jaising had submitted.

Stating that the crime of honour killing is prevalent in Rajasthan, Jaising informed the Court that the bail of the accused was rejected on two previous occasions.

"Earlier we had cancelled his bail? " CJI had asked.

"Yes. Now the mother has also been given bail. Before we know, the case will collapse." Jaising had said

"What has been alleged is a criminal conspiracy between the parents and son to kill son in law. Earlier bail was cancelled by SC saying that its not ordinary case, it is case of honour killing.This is a very important social issue" Jaising said.

At this juncture, CJI Ramana while addressing Sr Adv BK Shukla appearing for the accused stated that "What are these orders? Why can't they wait. Anxiety of your client, before trial he wants to come out of jail, that's not correct. Previously we had cancelled. They should have waited for trial to be completed."

"The charge on him is of conspiracy. No evidence has been found yet." Shukla said.

CJI responded saying, "Good for you, if no evidence is found you will come out. Now mother has been granted bail?"

"Yes. Now. While we were present in Court today." Jaising said. Adv HD Thanvi appearing for State of Rajasthan also submitted that the bail granted to the accused should be cancelled.

"The Problem is all these accused will come out before Trial. Today mother got it, Tomorrow Father will come out." CJI had said.

Details of the Petition:

According to the plea, the Petitioner was 6 (six) months pregnant when her husband Amit was shot point blank in broad daylight in front of her and the entire plot of killing him was hatched by the parents and her brother along with other co- conspirators.

The plea further stated that the bail of the accused was earlier cancelled by Supreme Court order dated 18.05.2018 observing the specifics of the conspiracy and his involvement in harbouring the Petitioner's father and mother at his residence on 17.05.2017 (right after committing the crime).

(Case : Mamta Nair vs State of Rajasthan and others).