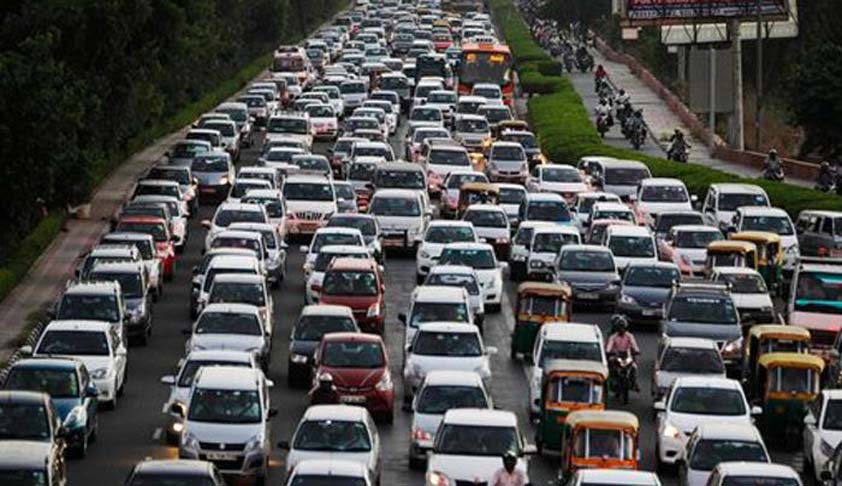 The Supreme Court on Monday sought a report from the Government of NCT of Delhi on the efficacy of the odd-even scheme, which is coming into force from today, in reducing air pollution.

During the hearing before the bench comprising Justices Arun Mishra and Deepak Gupta, it was pointed out by Senior Advocate Sanjiv Sen that no useful purpose was being served by odd-even scheme, as it leads to more use of two wheelers and three wheelers. It was more appropriate to ban the use of diesel vehicles as they cause more pollution when compared to petrol and CNG vehicles, submitted the senior counsel.

Based on this, the Court ordered :

The Court further observed in the order :

"During Odd/Even Scheme what is the difference being caused by stopping use of four wheelers when various other contributory factors are not taken care of by Government of NCT of Delhi".

The Court referred to an affidavit submitted by the Union Ministry of Environment and Forests which mentioned open dumping of garbage, unpaved roads, road dust, garbage burning and traffic congestion as major sources of pollution.

"We understand banning of diesel vehicles, but you are stopping one vehicle and letting others to plying. What will you achieve? More autorickshaws and taxis will ply", Jusice Arun Mishra orally said during the hearing, doubting the efficacy of odd-even scheme.

J Mishra questions odd even scheme. It will only create more problems by allowing more taxis to move.

J Gupta- a number of taxis run on diesel. We can consider some innovative incentives.

The bench had taken up the issue of air pollution in Delhi-NCR in the wake of Environment Pollution Control Authority declaring a public health emergency due to sever deterioration of air quality.

Two-wheelers and electric vehicles have been exempted from the restrictions, but not CNG-driven vehicles. Women-only vehicles with children aged up to 12 years and vehicles occupied by physically-disabled persons will also be exempted. Twenty-nine categories of vehicles, including those of President, prime minister, emergency and enforcement vehicles, have been exempted.

Last week, the Delhi HC had disposed of PILs challenging the scheme by directing the government to consider the petitioners' representations.

The SC on Monday issued a bunch of directions with a view to curb air pollution such as ban on stubble burning in the neighbouring states of Punjab, Haryana and UP, ban on construction-demolition activities in Delhi-NCR, ban on use of diesel generators, directives to minimize road dust etc.

The Chief Secretaries of states of Punjab, Haryana and UP have been summoned to the Court on November 6.