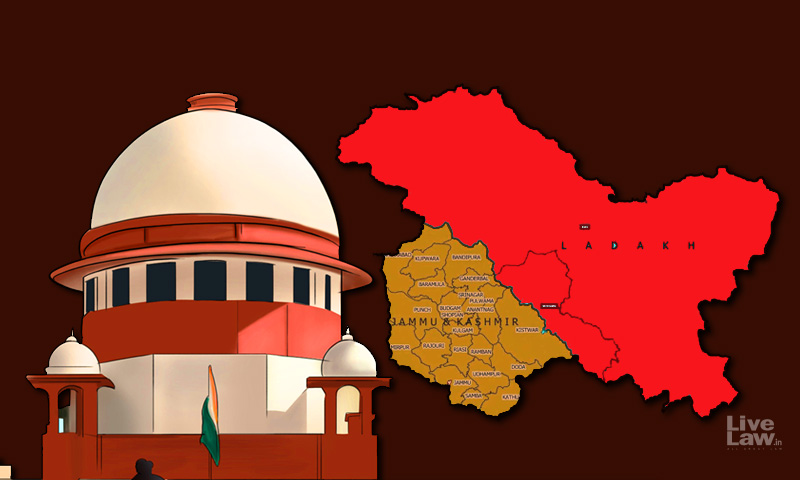 Observing that Amir Magrey, who was killed by security forces in the Hyderpora encounter in Jammu and Kashmir was given a decent burial by the State authorities, including performance of last rites in accordance with religious beliefs, the Supreme Court on Monday dismissed a petition filed by his father Mohammed Latif Magrey seeking hand over of the body of his son.A bench comprising...

Observing that Amir Magrey, who was killed by security forces in the Hyderpora encounter in Jammu and Kashmir was given a decent burial by the State authorities, including performance of last rites in accordance with religious beliefs, the Supreme Court on Monday dismissed a petition filed by his father Mohammed Latif Magrey seeking hand over of the body of his son.

A bench comprising Justices Surya Kant and JB Pardiwala however directed the State to comply with the High Court direction to pay Rs 5 lakhs compensation to the family and also to allow them to have prayers at the grave site where the body of Magrey was buried by the officials.

"After a body has been buried, it is considered to be under the custody of law. The interment is under the law of court. Once buried a body should not be distrubed. A court will not order disinterment of body unless it is shown that disinterment is in the interest of justice", Justice JB Pardiwala read out the operative part of the judgment.

The bench noted that the State has filed an affidavit stating that the body was buried after performing the last rites, including the washing of the body and its shrouding as per the religious practice.  There was nothing to show that deceased was not given a decent burial.

"We as a court of law respect the emotions and sentiments of the appellant as the father, however, the court of law should not decide the rights of prties considering the sentiments, but in accordance with law", the bench stated it the judgment.

The bench termed the judgment of the High Court as just and equitalbe and dismissed the farther's appeal. Fully copy of the judgment is awaited.

A bench comprising Justice Surya Kant and JB Pardiwala had reserved judgment on August 29 on the petition filed by Mohammed Latif Magrey seeking the body of his son Amir Magrey, who was killed in Hyderpora Encounter in Srinagar in November 2021. The petitioner disputes that his son was a terrorist and maintains that he was an innocent who got killed in the encounter by the security forces.

The Jammu and Kashmir and Ladakh High Court had allowed the family to perform the religious rites at the place where Amir Magrey was buried by the J&K police but refused to hand over the body to the family. The High Court also directed the J&K Administration to pay a compensation of Rs 5 lakhs to the Magrey family.

The father approached the Supreme Court challenging the High Court verdict to the extent it refused to hand over the body. Opposing the plea, Advocate Ardhendumauli Prasad, appearing for the J&K Administration, submitted :

"As far as the State is concerned, he was a terrorist. It is not in dispute that there are certain other such people who have been buried and they are purposely not buried in their own places for the reason that it takes into account the glorification...young minds are swayed..the terrorists sneak in and they say very good things and the younger minds are drawn into terrorism. That is the reason why State consciously do not bury them in the same town or in the same village".

"Your lordships have seen, what had happened few years back, when a terrorist died and the body was given back",Prasad said apparently referring to the funeral of terrorist Burhan Wani in 2016. He further submitted that Hyderpora encounter took place in November 2021 and the body would be in a decomposed state after 8 months.

Senior Advocate Anand Grover, appearing for the petitioner in the matter, underscored that performing last rites on the body of the deceased would not cause any security concerns. He stated that as a religious person, he had a "sacred right" to perform the last rites of his son. While highlighting the plea of the deceased person's father, Sr. Adv. Grover stated–

"My son is gone. I am also ready to show you that my son is not a terrorist. But I will not get into that because I only want to get the last rites performed. Unfortunately, once you are labelled a terrorist, your family is also targeted. My most basic and sacred thing to perform (last rites) is taken awake from me...It's a wound which cannot be healed...At least I should be allowed to heal."

Grover made extensive reference to the Islamic religious texts to inform the bench about funeral rites. The corpse needs to be shrouded and the family should have an opportunity to look at the face for the last time. The prayers have to be recited in the presence of the family.

"These religious rites cannot be usurped by the state. Sentiments of religious people must be respected", Grover submitted asking what will be the prejudice to the State if the body is allowed to be exhumed.

The counsel of the J&K administration stated that as far as performing the last rites were concerned, as evidenced by the documents given to the High Court, "there was no quarrel that the last rites were performed". He stated that rituals as per Islamic religious practices were performed and the court was satisfied to that effect. He further submitted that allowing the prayer will open the floodgates of similar other litigations.

"But there are large many numbers of such terrorists being encountered. If this is allowed, then High Court will be filled with similar prayers seeking to perform last rites ceremony...We all saw what happened when the body was given a few years back...We are ready and agreeable as the first prayer by the division bench."

To this, Sr. Adv. Grover, stated that any person, even if such a person was an enemy, had a right to be buried and the same was a fundamental right guaranteed under Article 21 of the Indian Constitution.

After hearing the matter, the bench reserved judgment in the case.

In the last hearing on the matter, the Supreme Court had requested the High Court of Jammu and Kashmir and Ladakh to decide the plea within one week. Accordingly, the Jammu and Kashmir and Ladakh High Court directedthe UT administration to allow the family of Amir Magrey to perform Fatiha Khawani (religious rituals/prayers after burial) at his grave. The division bench comprising Chief Justice Pankaj Mithal and Justice Javed Iqbal Wani also upheld the the single bench direction to the extent of paying a compensation of Rs.5.00 Lakhs to the family. The High Court had noted that Amir's family sought permission to see his face by opening his grave. However, it had refused to pass any order on this aspect, stating that Amir's father had given up the prayer for exhumation of his son's body for performance of last rituals and in any case, the dead body would have started decomposing immediately after the burial.