ID Act - Burden Is On Employee To Prove He Was Not Gainfully Employed After Dismissal : Supreme Court 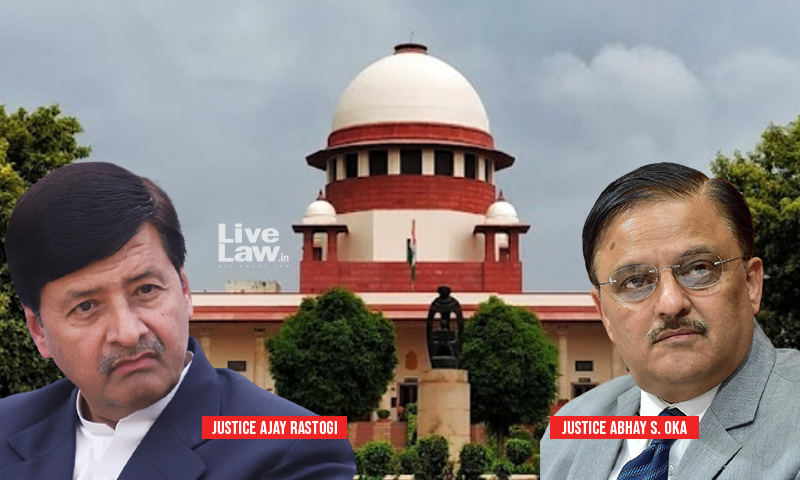 The Supreme Court on September 24 observed that whether an employee has been able to discharge the burden that he was not gainfully employed after order of compulsory requirement or not is an issue which is to be decided in the facts of each case taking into consideration the entire material on record(National Gandhi Museum v.Sudhir Sharma and others). The Court was dealing with a...

The Supreme Court on September 24 observed that whether an employee has been able to discharge the burden that he was not gainfully employed after order of compulsory requirement or not is an issue which is to be decided in the facts of each case taking into consideration the entire material on record(National Gandhi Museum v.Sudhir Sharma and others).

The Court was dealing with a case arising out of proceedings under the Industrial Disputes Act in relation to the compulsory retirement of an employee.

"...the fact whether an employee after dismissal was gainfully employed is within his special knowledge and therefore, considering the principles laid down in Section 106 of the Indian Evidence Act, 1872, the burden is on the employee to come out with a case that he was not gainfully employed during the relevant period. We must note that whether such burden is discharged or not is an issue to be decided in the facts of each case. The issue has to be decided by taking into consideration the entire material on record."

In 2002, an Office Order was issued by the appellant of cancelling the option of compensatory leave against extra attendance and instead provided for extra emoluments for extra attendance. Objecting to the office order, Sharma on December 27, 2003 allegedly assaulted the Museum's Assistant Director and committed misconduct. Sharma was accordingly served a charge sheet which was challenged by him by way of a writ.

Based on a dispute raised by Sharma and another employee during the pendency of Sharma's writ, the Government referred the dispute regarding cancellation of compensatory leave for adjudication to the Industrial Tribunal.

On July 12, 2004 Sharma's writ challenging the charge sheet was disposed of and he was granted liberty to challenge the Inquiry Report in the event the same was adverse to him. Pursuant to submission of the Inquiry Report by the Inquiry Officer, Sharma was held guilty of acts of subordination, creating a scene, causing disturbance to others in performance of their duty and causing violence in the office.

The Museum by an Office Order dated September 16, 2004 imposed the penalty of compulsory retirement on Sharma. An application was also filed by the Museum on December 8, 2004 in accordance with section 33(2)(b) of the Industrial Tribunal Act, 1947 seeking approval of imposition of penalty. However the Museum applied for withdrawal of the said application on the ground that no necessary approval was required since it was a case of compulsory retirement.

Aggrieved by the order of compulsory retirement, Sharma approached the Delhi High Court seeking declaration of the same as null and void on account of Museum's failure to obtain approval u/s 33(2)(b) of the Industrial Tribunal Act. The Delhi High Court while disposing of the petition on August 31, 2009 directed the Museum to reinstate Sharma in service with back wages. Aggrieved, the Museum preferred an appeal which was dismissed by the Division Bench of the High Court Even a review petition seeking a review of the Judgment and Order of the Division Bench was rejected.

On 9th September 2005, the Industrial Tribunal disposed of the reference made earlier at the instance of the respondent on the basis of a statement made by the appellant that the workmen shall not be assigned any duty on second Sundays, Gazetted Holidays, and National Holidays.

Aggrieved by the High Court's judgement, the Museum approached the Top Court.

Appearing for the Museum, Senior Advocate Sunil Gupta while relying on the Top Court's decision in Bangalore Water Supply and Sewerage Board v. A. Rajappa and Ors. (1978) 2 SCC 213 submitted that the Museum under no stretch of imagination was an industry under the Industrial Disputes Act. It was also his contention that the order of reinstatement was not justified since Sharma assaulted a senior official of the Museum and was not in working with the Museum since 17 years. He also argued that the present case was a loss of confidence and that his continuation of service would result in encouraging gross indiscipline.

Reliance was placed by the senior counsel on Talwara Cooperative Credit and Service Society Ltd. v. Sushil Kumar (2008) 9 SCC 486 to submit that Sharma ought to have discharged the burden on him by showing that he was not gainfully employed after the order of compulsory retirement and on Reetu Marbles v Prabhakant Shukla (2010) 2 SCC 70 to contend that order of payment of back wages could not be passed mechanically after the order of termination was declared illegal.

Appearing for Sharma, Advocate Mukti Bodh submitted that Museum could not be allowed to raise the contention that it was not an industry under the Act since it had filed an application for approval under Section 33(2)(b) of the Act. It was also his contention that the Museum neither raised such contention before the Single Judge or in an appeal before the Division Bench.

Relying on the Apex Court's decision in Jaipur Zila Sahakari Bhoomi Vikas Bank Ltd. v. Ram Gopal Sharma and Ors. (2002) 2 SCC 244, Counsel submitted Sharma's order of compulsory retirement amounted to discharge or dismissal by way of punishment and therefore in the absence of approval u/s 33(2)(b) of the Act Sharma shall be deemed to have been continued in the employment.

On the aspect as to whether the Museum could be allowed to raise a contention that it was not an industry under the Industrial Tribunal Act, the bench after considering that:

Observing that whether the Museum is an industry or not is a pure question of law, the bench held that the Museum could not be allowed to agitate the same in the present appeal.

With regards to Sharma's reinstatement, the court after considering the aims and object of the Museum, serious nature of misconduct proved against Sharma observed that instead of granting reinstatement, there was a need to award appropriate compensation.

"Moreover, considering the nature of the misconduct proved against the respondent, the grant of reinstatement will not be in the interest of justice. The long gap of 17 years will be also one of the considerations for not granting reinstatement especially considering the nature of the activities of the appellant and the conduct of the respondent," bench further observed.

The Court thereafter taking into consideration the facts of the case partly allowed Museum's appeal by setting aside the order of reinstatement and of payment of back wages.

The bench also observed that compensation in the range of Rs. 6,50,000/- to Rs.7,00,000/- in lieu of reinstatement was just and proper in the facts of the case. Taking into consideration that Sharma had already received Rs 4,43,380, the Court directed for paying a Rs 2,50,000/- within a period of six weeks from the date of order.

"On the failure to pay the amount within six weeks from today, the amount will carry interest at the rate of 12% p.a. from the date of this Judgment. There will be no order as to costs," Court also observed.