If Transfer Of Employee Results In Changing Conditions Of Service, Section 9A Of ID Act Will Be Applicable : Supreme Court 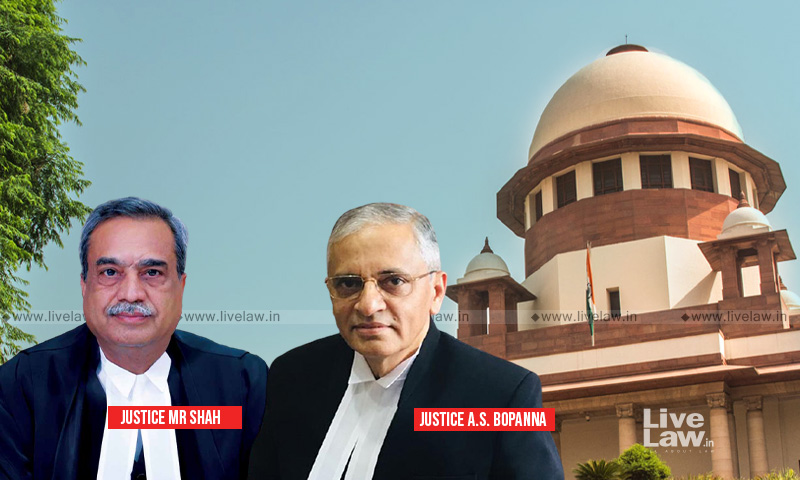 The Supreme Court has observed that Fourth Schedule and Section 9A of the Industrial Disputes Act, 1947 would be attracted if transfer of workmen results in change of service conditions and nature of work. Section 9A of the ID Act says that employer should give a notice to employee regarding any change in the conditions of service applicable to any workman in respect of any matter...

The Supreme Court has observed that Fourth Schedule and Section 9A of the Industrial Disputes Act, 1947  would be attracted if transfer of workmen results in change of service conditions and nature of work.

Section 9A of the ID Act says that employer should give a notice to employee regarding any change in the conditions of service applicable to any workman in respect of any matter specified in the Fourth Schedule,

The bench of Justices MR Shah and AS Bopanna in the present matter was considering civil appeals assailing Madhya Pradesh High Court's judgement of upholding Labour Court's award in which the Court declared the order of transfer of employees as illegal and void(Caparo Engineering India Ltd. V. Ummed Singh Lodhi And Anr).

While dismissing the appeal with costs quantified at Rs 25,000 the bench observed that,

"Order of transfer dated 13.01.2015 transferring the respective workman from Dewas to Chopanki, which is at about 900 Kms. away is in violation of Section 9A read with Fourth Schedule of the Industrial Disputes Act and is arbitrary, mala fide and victimization. As observed above, by such a transfer, their status as "workman" would be changed to that of "supervisor". By such a change after their transfer to Chopanki and after they work as supervisor they will be deprived of the benefits."

Workmen were employed and working in Dewas factory of Caparo Engineering India Ltd. ("appellant"). Vide order dated January 13, 2015 all of them were transferred to Chopanki, District Alwar which is 900 kms away from Dewas. On failure of conciliation proceedings, the workmen through their Union raised the industrial dispute before competent authority.

In their claim before the Labour Court, they argued that their transfer was done malafidely with the intention to reduce the number of workmen in the Dewas factory. Terming the same as amounting to illegal change u/s 9A of the Act they argued that the employer pressurised the workmen to resign and on refusal, the employer transferred them without any justifiable reason to Chopanki at Rajasthan, which is 900 Kms. away. It was also their contention that such transfer would change the nature of work as they manufacture precision pipes at Dewas whereas at Chopanki the work was of manufacturing nut and bolt.

In their reply before the Labour Court, the employer while specifically denying the fact of transferring the employees for reducing the number of workmen at Dewas submitted that no unfair labour practice was adopted and compliance of Section 9A of the I.D. Act was not necessary. The employer further averred that no notice u/s 9A of the ID Act was required since there was continuous reduction in production at Dewas and the staff had become surplus which was not required and, therefore, to continue the employment of the concerned workmen, they had been transferred as per their service conditions.

The Labour Court found that the employer could not prove that there was continuous reduction of production at Dewas factory and that the staff had proportionately become surplus. It further found that the workmen – nine in numbers were transferred from Dewas with the intention to reduce the number of persons employed at Dewas and such an act was covered by Clause 11 of Schedule 4 of the I.D. Act and since no notice of change was given, the transfer orders were in violation of Section 9A of the I.D. Act.

The Labour Court also specifically found on appreciation of evidence that transfer would change the nature of work since the workmen were employed as labourers at Dewas and on transfer at Chopanki, they would be working as Supervisor. Consequently, the Labour Court found the order of transfer as null and void and set aside the same.

Aggrieved and dissatisfied with the award and judgement passed by the Labour Court, the management approached the Single Judge of the High Court under Article 227 of the Constitution of India. Since the Single Judge dismissed the writ, the employers approached the Division Bench of the High Court. Observing that the writ petitions under Article 227 of the Constitution of India were not maintainable, the Division Bench dismissed the writ appeals.

Relying on Ashok K. Jha and Ors. Vs. Garden Silk Mills Limited and Anr., (2009) 10 SCC 584 Senior Advocate Jaideep Gupta has submitted that in order to determine whether a petition is under Article 226 or under Article 227 of the Constitution, what is to be looked at is the nature of jurisdiction invoked and the relief sought therein. It was also his contention that neither the provision cited in the cause title nor the provision mentioned by the learned Single Judge while exercising his power were determinative of the true nature of the application and order thereon.

Senior Counsel further argued that the High Court and Labour Court materially erred in holding that order of transfer amounted to change of terms and conditions of service requiring a notice under Section 9A and in the absence thereof, the said order was liable to be set aside. In this context he also contended that such an order of transfer did not bring about a change in the terms and conditions of service within the meaning of Section 9A read with Schedule 4 thereof.

Referring to the Top Court's judgments in Hindustan Lever Ltd. Vs. Ram Mohan Ray and Ors., (1973) 4 SCC 141; Harmohinder Singh Vs. Kharga Canteen, Ambala Cantt., (2001) 5 SCC 540 and the decision of the Bombay High Court in the case of Associated Cement Companies Ltd. Vs. Associated Cement Staff Union, 2009 SCC Online Bom 2132, he also submitted that Clause 11 of Schedule 4 was not at all relevant when considering transfer orders. It was also his contention that the purpose of the transfer order was not to bring about a reduction in the establishment in question. It was also submitted that to bring a case within the change of terms and conditions of service within the meaning of Section 9A, it was necessary for the workmen to demonstrate that they have been adversely affected by the reduction.

Representing the workment, Advocate Niraj Sharma submitted that the transfer order dated January 13, 2015 transferring transferring the respective workmen form Dewas to Chopanki and that too at the fag end of their service career amounted to an arbitrary and unfair labour practice by creating a situation in which the workmen were left with no other option except to leave their employment. It was also counsel's contention that it was in fact a way to retrench the workmen without following the mandatory provisions of law.

Considering the evidence on record the bench observed that, "It emerge from the evidence on record that the respective respondents – employees were employed at Dewas and working at Dewas for more than 25 to 30 years; all of them came to be transferred suddenly from Dewas to Chopanki, which is at a distance of 900 Kms. from Dewas; they came to be transferred at the fag end of their service career; that the place where they were transferred had no educational and medical facilities and that the place where they were transferred had no residential area within 40-50 Kms. from the plant with no means of transport. It also emerges that the number of workers at Dewas factory has been reduced by nine by transferring the workmen to Chopanki."

Observing that the appellant's submission that transfer was a part of the service condition and that section 9A would not be applicable has no substance, the bench noted that, " The question is not about the transfer only, the question is about the consequences of transfer. In the present case, the nature of work/service conditions would be changed and the consequences of transfer would result in the change of service conditions and the reduction of employees at Dewas factory, for which the Fourth Schedule and Section 9A shall be attracted."

The bench further said that it was established and proved that the employees were 'workmen' within the definition of Section 2(s) of the Act and, therefore, were entitled to the protection under the provisions of the Act.