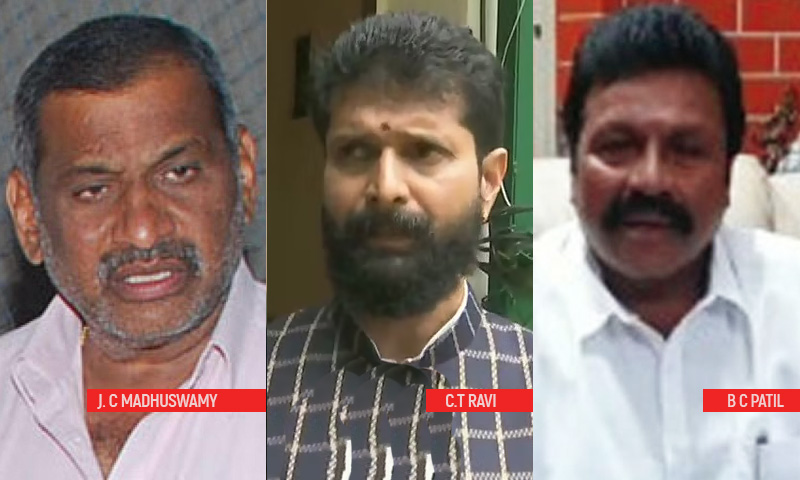 In the light of the order passed by the Supreme Court yesterday, the Karnataka High Court on Wednesday said that the order issued by the Karnataka Government on August 31, 2020 to withdraw criminal prosecutions will not apply to sitting or former MPs/MLAs.

Yesterday, a bench led by the Chief Justice of India had ordered that no criminal prosecution must be withdrawn against MPs/MLAs without the sanction of the concerned High Courts.

The Karnataka High Court on Wednesday said the state government will have to scrupulously follow the directions issued by the Supreme Court issued on August 10, and that no prosecution against MPs and MLAs will be withdrawn without the permission of the High Court of the concerned state.

The High Court has also decided to scrutinize the orders passed by the trial courts allowing withdrawing cases on the basis of the Government Order and has asked them to be placed on record. This is also in line with the Supreme Court direction that all withdrawal orders passed after September 16, 2020, must be examined by the High Courts.

During the hearing today, Advocate Clifton D Rozario brought to the attention of the court, the order passed by the apex court on August 10 in the case of Ashwini Kumar Upadhyay & Ors. v. Union of India & Ors. He requested the court to dispose of the petition filed by the People Union of Civil Liberties, Karnataka, challenging the August 31st order wherein the Government had granted permission for the withdrawal of prosecution of the 61 cases under section 321 of the Code of Criminal Procedure.

"The petition is disposed off by making it clear that the state government will have to scrupulously follow the directions issued by the Apex court. Needless to clarify that the government order dated August 31, 2020 will not apply to withdrawal of cases of sitting or former MP/MLAs. As directed by the Apex court, actions of the state government taken after Sept 16, 2020, of withdrawal of cases against MP/MLA will have to be considered in the suo-motu petition. For considering the aforesaid directions of the Apex court. The State shall place on record orders passed by it regarding withdrawal of prosecution against a sitting or former MP/MLAs from September 16, 2020."

As per the plea, the cases being withdrawn include those against then State Law Minister JC Madhuswamy, Tourism Minister CT Ravi and Agriculture Minister B C Patil. A case from 2017 against Hospet MLA Anand Singh is also sought to be withdrawn. Advocate Rozario, appearing for the petitioners had argued that the decision was against the rule of law.

By its order dated December 21, the court had stayed the government order dated August 31 by which it had decided to drop criminal prosecution in 61 cases against elected Representatives and Ministers. In its order dated December 1, 2020, the court had observed that Public Prosecutors have to independently apply their mind regarding the filing of withdrawal applications and should not mechanically act on the government instructions. The High Court had also directed the serving of the copy of the order to all Public Prosecutors to make them aware of the correct legal position.

A report in the Indian Express newspaper on January 29 had stated that even before the stay order of the High Court, many courts in Karnataka had allowed the withdrawal of as many as 21 cases related to communal violence. The court had sought a clarification on it from the government. Following this, the government told the court that after the order dated December 1, 2020, a total of three cases against elected Representatives and Ministers were withdrawn.

In another connected petition by Advocate Sudha Katwa filed with similar prayers, the court directed the state government to serve the copy of the statement of objection to the counsel for the petitioner. The court clarified that as far as withdrawal of prosecution against sitting or former MP/MLAs are concerned the state will be bound by directions issued by Apex court on August 10.

The court will hear the matter next on September 3.

Case Title: People's Union For Civil Liberties and The State of Karnataka