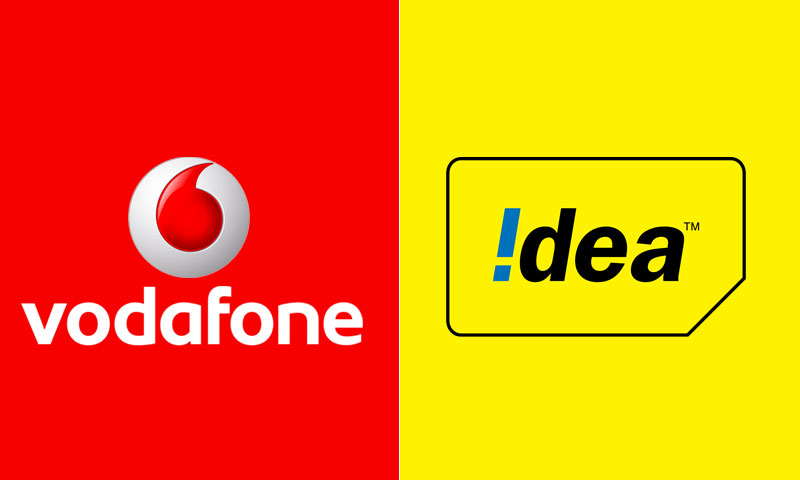 In a setback of sorts to Vodafone Idea, the Supreme Court on Wednesday directed the Income Tax authorities to refund only the amount of Rs.733 Crores for the Assessment Year 2014-15, amidst the telecom giant's claims that the Department had not processed income tax refunds of Rs 4,760 crore for the AYs 2014-15 to 2017-18. The Tax Department had withheld the refund to adjust it against...

In a setback of sorts to Vodafone Idea, the Supreme Court on Wednesday directed the Income Tax authorities to refund only the amount of Rs.733 Crores for the Assessment Year 2014-15, amidst the telecom giant's claims that the Department had not processed income tax refunds of Rs 4,760 crore for the AYs 2014-15 to 2017-18.

The Tax Department had withheld the refund to adjust it against the demands raised in the subsequent years.

The requisite action under sub-section (2) of Section 143 of the Income Tax Act in respect of AY 2016-17 and 2017-18 having not even been initiated, the bench headed by Justice U. U. Lalit directed the refund to be made within 4 weeks.

Submissions before the Apex Court

Insofar as the Assessment Year 2017-18 is concerned, it was pointed out that the Respondents have admitted that their July 23, 2018 order under section 143(1D) was without jurisdiction because on that date, neither the return of income was processed, nor a notice under Section 143(2) issued, warranting exercise of powers under Section 241A of the Act. "On that ground alone, the Impugned Order insofar as Assessment Year 2017-18 is concerned should be set aside and the refund claimed for that year should be granted with interest", it was argued.

In their turn, the respondents submitted that if the AO issued a Notice u/s 143(2) within the time limit i.e. 6 months from the end of the financial year in which return was filed, then there is no longer a requirement to process the return under Section 143(1). Hence, the discretion under Section 143(1D) can be exercised at any point prior to the passing of the final assessment order.

"The entire objective of not processing a return after issuance of a scrutiny notice is that in cases where there is a likelihood of substantial demands, there should not be a compulsion on the Revenue to issue refunds. There is no anomaly in the above legislative scheme which warrants dilution of the non-obstante clause and to read into Section 143(1D) a limitation which the legislature has not prescribed", it was urged.

The Income Tax Department iterated that it is well settled that a non-obstante clause is a legislative device which is employed to give overriding effect to some or all contrary provisions and as such, the operation of a non-obstante clause cannot be limited in any manner and must be given its full effect. It also placed reliance on the 2018 judgment of the Delhi High Court out of which the appeals arose- "The High Court has categorically held that since Section 143(1D) begins with a non-obstante clause, it will overbear/override the second proviso to Section 143(1) which contains a limitation period of one year for precession of return"

It was submitted that the AO had withheld refund in all these years for cogent and valid reasons, in the interest of the revenue, subject to final scrutiny assessment proceedings. Moreover, it was pressed that the scope of judicial review against such an order where the AO has exercised his discretion would be limited and any interference can only be done if such an exercise of power is either wholly capricious or without any valid reasons.

Conclusions of the Court

The bench, also comprising Justice Vineet Saran, observed that the exercise of power under sub-section (2) of Section 143 of the Act, is to be undertaken, where it is considered necessary or expedient to ensure that the assessee has not understated the income, or has not computed excessive loss, or has not under-paid the tax in any manner- "where the return filed by the assessee itself calls for or requires a further probe and deeper consideration". The decision narrates that by virtue of sub-section (3), upon issuance of notice, the assessee is entitled to produce evidence in support of his case. After hearing the assessee and considering the evidence so produced, assessment of total income or loss is to be made. "The veracity of the return is checked threadbare rather than considering mere apparent inconsistencies from the return...The power under (...) sub-sections (2) and (3) is to scrutinise the return and cause deeper probe to arrive at the correct determination of the liability of the assessed", articulates the court.

The judgment penned by Justice Lalit observes that the exercise of power under Sub-sections (2) and (3) of Section 143 of the Act is thus premised on non-acceptance of what is evident from the return itself and to ensure that there is no avoidance of tax in any manner- "The dimension of such power is far greater and deeper than mere adjustments to be made in respect of what is available from the return. Once such scrutiny is undertaken and proceedings are initiated by issuance of a notice under sub-section (2) of Section 143, it would be anomalous and incongruent that while such proceedings so initiated are pending, the return be processed under sub-section (1) of Section 143, which may in a given case, entail payment of refund".

The bench inferred that logically, the outcome of the exercise initiated through notice under sub-section (2) of Section 143, must determine whether any refund is due and payable. If the return itself is under probe and scrutiny, such return cannot be the foundation to sustain a claim for refund till such scrutiny is not complete.

Simultaneously, the court canvassed the exercise of adjustments which are required to be made for computing the total income or loss under section 143(1)- "Clause (a) of sub-section (1) of Section 143 has six sub-clauses specifying the kinds of a. Such adjustments are in the nature of 'arithmetical error in the return'; incorrect claim 'apparent from any information in the return'; disallowance of loss if the return of the previous year with respect to which such loss is claimed was furnished 'beyond the due date'; disallowance of expenditure indicated in the audit report if it has 'not taken into account in computing the total income'; disallowance of deductions specified in sub-clause if the 'return is furnished beyond the due date'; and addition of income as specified in sub-clause (vi) if it was not 'included in computing the total income'".

The bench held that all these features deal with matters which are apparent from the return and the inconsistency is evident on the face of it. Upon causing such adjustments after due intimation or notice to the assessee, the element of tax, interest and fee is to be computed in terms of clause (b) of section 143(1), and if any refund is due, the same has to be granted in terms of clause (e). "Thus, at every stage in sub-section (1) the return submitted by the assessee forms the foundation...", expressed Justice Lalit.

The afore-stated conclusion of the court was further fortified by clear stipulation in sub-section (1D) of Section 143- "Irrespective of some change in the text of said provision which was sought to be introduced by Finance Act 2016 and not accepted by Finance Act, 2017, the legislative intent is clear from the expression, '... the processing of a return shall not be necessary, where a notice has been issued to the assessee under sub-section (2)' and by use of non-obstante clause. Though the period for which it would not be necessary to process the return was sought to be specified by Finance Act, 2016, mere absence of such period in the provision as it stands today, makes no difference"

In the premises, the bench held that in respect of Assessment Years ending on 31st March 2017 or before, if a notice was issued in conformity with the requirements stated in sub-section (2) of Section 143 of the Act, it shall not be necessary to process the refund under sub- section (1) of Section 143 of the Act and that the requirement to process the return shall stand overridden.

Further, the court addressed the issue whether any intimation is required to be given to the assessee that because of initiation of proceedings under sub-section (2), processing of return in terms of sub-section (1) would stand deferred. Noting that Sub-section (1D) does not contemplate either issuance of any such intimation or further application of mind that the processing must be kept in abeyance, the bench concluded that it would not, therefore, be proper to read into said provision the requirement to send a separate intimation. "In our view, issuance of notice under sub-section (2) of Section 143 is enough to trigger the required consequence. Any other intimation is neither contemplated by the statute nor would it achieve any purpose", reads the judgment.

Insofar as returns filed in respect of assessment years commencing on or after the 1st April, 2017, the Court acknowledged that a different regime has been contemplated by the Parliament- "Section 241-A of the Act requires a separate recording of satisfaction on part of the Assessing Officer that having regard to the fact that a notice has been issued under sub-section (2) of Section 143, the grant of refund is likely to adversely affect the revenue; whereafter, with the previous approval of the Principal Commissioner or Commissioner and for reasons to be recorded in writing, the refund can be withheld"

The judgment held that since the statute now envisages exercise of power of withholding of refund in a particular manner, it goes without saying that for assessment year commencing after 01.04.2017 the requirements of Section 241-A of the Act must be satisfied. Accordingly, the bench concluded that the exercise of power on March 14, 2019, of sending an intimation to the appellant regarding withholding of refund for AY 2017-18, was not only after issuance of notice under sub-section (2) of Section 143 and after recording due satisfaction in terms of Section 241-A of the Act, but was also well within the period contemplated by sub-section (1) of Section 143 of the Act for causing due intimation

The bench on Wednesday also directed the respondents to conclude the proceedings initiated under sub-section (2) of Section 143 of the Act in respect of AY 2016-17 and 2017-18 as early as possible.