'In UP Also, COVID Positive People Are Not Getting Hospital Beds', Solicitor General Tells Supreme Court In Siddique Kappan Case 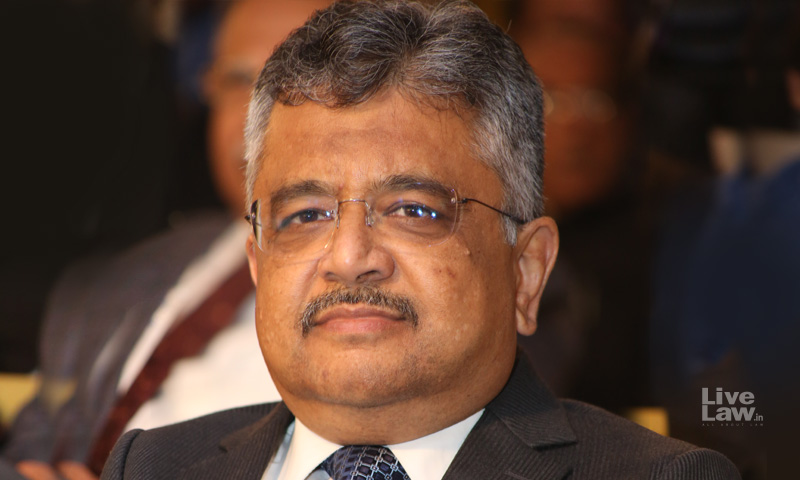 While opposing the plea seeking shifting of jailed Kerala journalist Siddique Kappan from Mathura jail to Delhi for medical treatment, Solicitor General Tushar Mehta told the Supreme Court on Wednesday that COVID positive patients in Uttar Pradesh were finding it difficult to get hospital beds."There are about 50 covid patients with or without comordities in Mathura jail, and they are treated...

While opposing the plea seeking shifting of jailed Kerala journalist Siddique Kappan from Mathura jail to Delhi for medical treatment, Solicitor General Tushar Mehta told the Supreme Court on Wednesday that COVID positive patients in Uttar Pradesh were finding it difficult to get hospital beds.

"There are about 50 covid patients with or without comordities in Mathura jail, and they are treated at Mathura hosptal. In Mathura, there are several Covid positive people with comorbidities who are not getting beds. There is huge resurgence(of COVID) in UP and people are not getting beds", the Solicitor General, appearing for the State of Uttar Pradesh told a bench led by Chief Justice of India NV Ramana.

Vehemently opposing the bench's suggestion to shift Kappan to a hospital in Delhi for better treatment, Mehta said :

"In Delhi also, (COVID)positive people are not getting beds. I also know many bonafide mainstream journalists who are struggling with life due to COVID. Despite much efforts we could not get bed".

The UP Chief Minister Yogi Adityanath said yesterday that there was no shortage of hospital beds or oxygen in the state.

The SG also said that he has great difficulty "if he(Kappan) is to be given one bed at the cost of a Covid positive patient".

"Why should the accused get a special treatment just because a so-called association of journalists has filed a habaes corpus petition?Why should an accused who associated with banned organization get preferential treatment over honest tax payers", the SG said.

However, the bench, also comprising Justices Surya Kant and AS Bopanna, overruled the objections raised by the Solicitor General, and ordered the shifting of Kappan from Mathura jail to a government hospital in Delhi like RML hospital or AIIMS.

The bench said that the State had the responsibility to ensure the health of a person who is under their custody.

"We are only on the humanitarian angle of health", CJI Ramana observed. The bench also observed that Kappan's family members in Kerala might be in a better position to access the hospital facilities in Delhi than in UP.

The bench was hearing the habeas corpus petition filed by the Kerala Union of Working Journalists seeking the release of Kappan contending that he was unlawfully detained while doing his journalistic role of going to report the Hathras crime.

During the hearing, the bench refused to accept several other objections raised by the Solicitor General.

At the outset, the SG attacked the credentials of the petitioner, KUWJ, by calling it a "purported organization of journalists, which is not even a mainstream". The SG also repeatedly called it "a so called association of journalists",

In response, the bench said that this may not be a relevant point as the wife of Siddique Kappan has intervened in the case.

"Mr Mehta, for the time being we should ignore the tag of the organization, because the wife of the accused has also filed an application", Justice Surya Kant pointed out.

The Solicitor General disputed the journalistic credentials of Kappan, by saying that he was holding an expired press card of a newspaper called 'Thejus' which had shut down three years ago. SG emphasized that Thejus was the mouthpiece of Popular Front of India, which was run by former members of SIMI, a banned organization.

At this point, the bench asked the SG if the PFI was a banned organization.

The SG said that few states have banned it an the Centre was considering it.

"So currently there is no ban", the bench observed.

The SG further said that Kappan and three members connected with PFI were travelling to UP to incite communal riots and social disharmony in the wake of Hathras crime. The SG also highlighted that PFI has links with ISIS and has created communal troubles with extremist activities.

At this point, the CJI asked the SG "Has he (Kappan) been made an accused in any of those instances?".

The SG replied in the negative.

Also, when the SG said that Kappan's bank account has shown suspicious cash transactions, Justice Surya Kant asked, "Were those deposits in thousands or lakhs?This is relevant because Mr.Mathews(KUWJ lawyer) has talked about his salary". (KUWJ counsel Wills Mathews had submitted that Kappan was a low-profile journalist getting income of around Rs 25,000 per month, that too irregularly).

"I will have to check", the SG replied.

Justice Surya Kant further asked " There are two projections. One by petitioner that he is a small time reporter, getting paltry irregular income. The projection given by the State in the affidavit is that he is involved in sensitive activities and that he is in direct touch with PFI with monetary consideration".

"All footsoldiers of an extremist organization may not get high monetary consideration. The fact is that he is in touch with ex-SIMI people who are getting crores of foreign funding. I will leave it at that", the SG sought to close the issue.

KUWJ's lawyer Wills Mathews submitted that being a journalist, Kappan will have to come into contact with people with all walks of life, and he cannot be made a culprit merely on the basis of his contacts with some other persons.

"Nakeeran used to take the interview of Veerappan. Can he be also called a criminal because of that?", Mathews asked.

Justice Kant: There are two submissions made that he is a small time reporter who gets a meagre salary. But the projection given in Para 22, that if he was involved in serious activities, then he would have monetary compensation from the organisation.

When the SG said that bail cannot be considered in a habeas corpus petition, the bench asked if there is any jurisdictional embargo for that.

"Is there any jurisdictional embargo, that while considering a habeas corpus petition a court cannot grant bail?", Justice Surya Kant then asked.

Though the SG said he can cite precedents, the bench said that it was going to consider the medical issue in the matter.

"Yesteeday you filed an affidavit saying he(Kappan) had fainted in jail. Life of every person is valuable", CJI Ramana said.

"Mr Mehta, it is also in the interest of state, and you have to protect him when he is in your custody. Let him get better medical facilities. We are confining only to the issue of medical issue. We are only on the humanitarian angle of health", CJI Ramana added.

The bench disposed of the habeas petition filed by KUWJ and said that Kappan should be sent back to jail after his recovery. He will be at liberty to avail appropriate legal remedies for bail, the bench clarified.