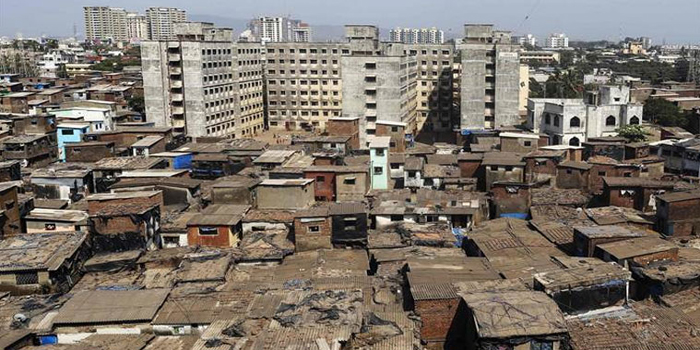 Former Union Minister and Congress Leader Ajay Maken has moved Supreme Court challenging its recent Order directing the removal of about 48,000 jhuggis (slums) from near railway tracks in Delhi. In furtherance of the Order passed on 31.08.2020, the Ministry of Railways and the Government of NCT of Delhi have not only initiated the process of eviction by identifying the jhuggis, a number...

Former Union Minister and Congress Leader Ajay Maken has moved Supreme Court challenging its recent Order directing the removal of about 48,000 jhuggis (slums) from near railway tracks in Delhi.

In furtherance of the Order passed on 31.08.2020, the Ministry of Railways and the Government of NCT of Delhi have not only initiated the process of eviction by identifying the jhuggis, a number of notices of demolition have also been issued at various slums in the national capital. Highlighting this development, Maken contends that the authorities, in doing so, have acted contrary to established law which necessitates the rehabilitation of the concerned slum dwellers prior to eviction or demolition.

"…various policies of the Government of India and that of Government of NCT of Delhi providing for prior rehabilitation/ relocation of slums dwellers, survey of the affected population are neither being followed by the Respondent Railways nor have been brought to the notice of this Hon'ble Court."

In this light, it is prayed that the administrative authorities be directed to first relocate and rehabilitate the slum dwellers before evicting them and demolishing their jhuggis. Therefore, the petitioner has sought directions for authorities to follow the law laid down under the Delhi Slum & JJ Rehabilitation and Relocation Policy, 2015 as well the Protocol in place while implementing the Order of the Top Court.

The 2-time MP has gone on to point out that the Order was passed in a matter (MC Mehta) where the affected slum dwellers were neither party to the case, nor were they represented in any capacity. Therefore, he adds, the Apex Court passed Orders without having considered their grievances or submissions at all.

Emphasizing that close to 2.4 lakh people will be rendered homeless when this Order is given effect, by the Railway Ministry's own admission, the petitioner pleads that doing so without hearing them would be "one of the gravest tragedy and non-observance of principles of Natural Justice." Asserting that the Top Court heard the Government, which wanted slums to be demolished, and "completely ignored the affected/ vulnerable population" by denying them an opportunity to be heard, the petition urges that there "cannot be a departure from the rule of Audi Altrem Partem, especially when the Jhuggi dwellers have been living in the shanties for 30-40 years."

It has additionally been urged that evicting 2.4 lakh people without rehabilitation at a time when India is the second worst affected country in the world due to the COVID-19 pandemic, would be highly risky. In these circumstances, forcing so many people to move around in search of shelter and livelihood is a dangerous proposition, claims the petitioner.

The Supreme Court Bench headed by (Retd.) Justice Arun Mishra in its Order dated 31.08.2020 had directed that not only will there be no political or other interference regarding removal of encroachments in the specified area, it had also directed that no Court may grant a stay on the implementation of the same.

Challenging this direction to not allow any Court to interfere and stay implementation of the Order, the petitioner argues that the same amounts to a grave obstruction in the Right to Access to Justice.

"…restricting the Fundamental Right to Access to Justice is not only a grave violation of Article 14 and 21 as the Jhuggi dwellers cannot be treated as secondary citizens to deny them the remedies available under law", states the petition.

The Congress leader substantiates his challenge to the recent Order by referring to a Delhi High Court judgment from 2010, in which Ajay Maken himself was the petitioner, wherein the same issue regarding existence of jhuggis was decided. It is submitted that the judgment held that "jhuggis even along-side the Railways tracks can only be removed consequent to the rehabilitation/ relocation of the residents/ slum dwellers. Further, it also held that those living in the slums contribute to the social and economic life of a city by working as sanitation workers, garbage collectors, domestic help, rickshaw pullers, laborers and a wide range of service providers indispensable to a healthy urban life and hence they have the Right to the City or Right to Housing."