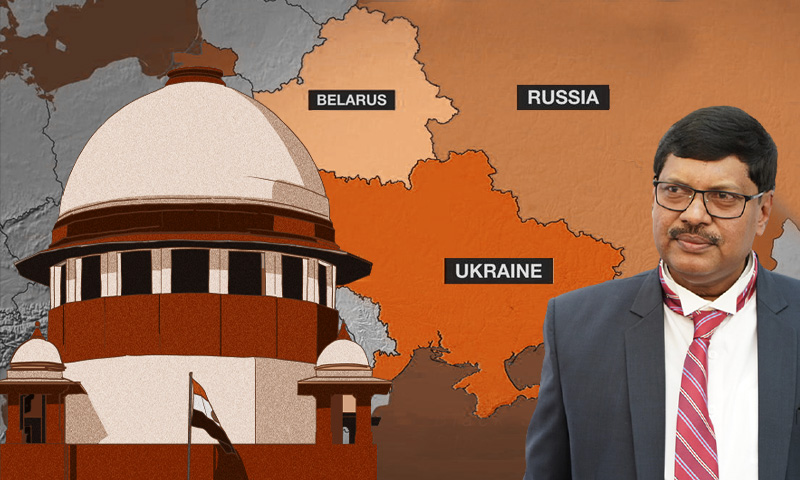 "Because of cost of medical education here, the students of India were required to go to Ukraine as it is much cheaper there",Justice BR Gavai, judge of the Supreme Court, remarked on Tuesday while considering a case pertaining to opening of new pharmacy colleges.

The remark was made while considering a batch of petitions challenging orders passed by High Courts of Delhi, Chattisgarh and Karnataka setting aside the moratorium issued by the Pharmacy Council of India (PCI) on opening of new pharmacy colleges for a period of five years with effect from the academic year 2020-21.

Objecting to submissions made on behalf of the colleges that the said moratorium has resulted in them losing three years, Solicitor General Tushar Mehta said that education is not an industry. He added that it would be understandable if the students say that they wanted to study but don't have enough institutes, and lost their career but it was surprising that the colleges are complaining of losing years.

"There's other way to look at it, because of cost of medical education here, the students of India were required to go to Ukraine as it is much cheaper there. There's always two sides to a coin." Justice Gavai said

It may be recalled that on March 3 another bench of the Supreme Court had also made similar remarks regarding medical students going to Ukraine due to high cost of education in India.

"We have found that there are about 20,000 students undergoing medical education in Ukraine. We have found all these students are going there for the fees being less", a bench led by Justice L Nageswara Rao had observed while reducing the cost imposed on the father of a student admitted in a medical course in an Ukrainian University for furnishing false information to the concerned authorities for the purpose of issuance of eligibility certificate.

The bench had initially imposed a cost of Rupees 10 lakhs which was later reduced to Rs 2 lakhs taking a sympathetic view of the situation in the backdrop of Russian invasion of Ukraine.