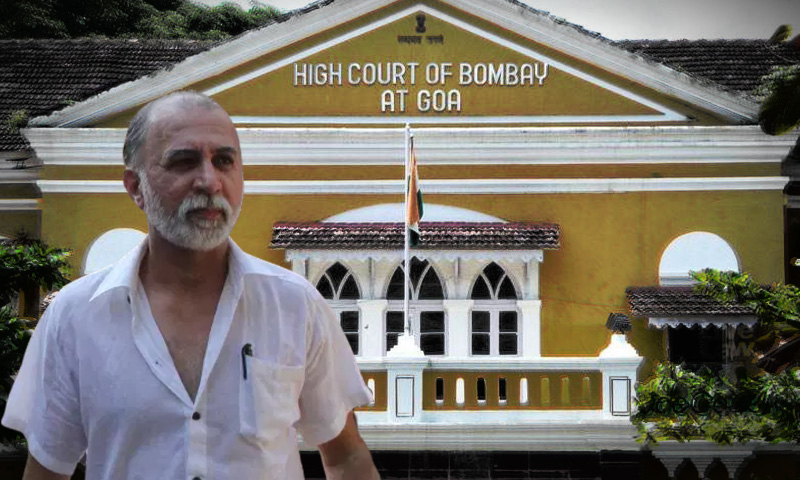 Noting that certain observations by the trial judge about the rape victim's conduct need to be revisited, the Bombay High Court(Goa Bench) granted leave to the State of Goa to appeal against the order acquitting Tejpal in a 2013 sexual harassment case. The Court rejected Tejpal's preliminary objections against the State's leave to appeal. A division bench of Justice MS Sonak and...

Noting that certain observations by the trial judge about the rape victim's conduct need to be revisited, the Bombay High Court(Goa Bench) granted leave to the State of Goa to appeal against the order acquitting Tejpal in a  2013 sexual harassment case.

The Court rejected Tejpal's preliminary objections against the State's leave to appeal.

A division bench of Justice MS Sonak and RN Laddha also observed that inferences against the victim regarding legal consultation also needed to be looked into.

"Based on this evidence, perhaps, some of the learned Additional Sessions Judge inferences about the victim's conduct may also need a revisit. The inference from the victim's conduct of consulting some lawyers before lodging her complaint may also require a revisit. Finally, the contention about the alleged admissions in the messages or the proper scope of such statements also requires consideration. These are brief reasons, not intended to be exhaustive for a moment", the bench said in the order.

The bench added that the SMSes and emails sent by Tejpal to the victim also might require a "deeper scrutiny".

Tejpal, co-founder and former Editor-in-Chief of Tehelka Magazine, was acquitted of all charges on May 21 by a fast track court in Mapusa, Goa. He was accused of forcing himself on his junior colleague inside an elevator of the Grand Hyatt, Bambolim, Goa, on November 7 and 8, 2013, during the magazine's official event - the THiNK 13 festival.

"The photos show the prosecutrix to be absolutely cheerful and with a smile on her face and not disturbed, reserved, terrified or traumatised in any manner," special Judge Kshama Joshi observed about pictures taken on November 9, a day after the alleged second assault by Tejpal.

"It is extremely revealing that the prosecutrix's account neither demonstrates any kind of normative behaviour on her own part – that a prosecutrix of sexual assault on consecutive two nights might plausibly show nor does it show any such behaviour on the part of the accused", the Trial Court added.

Tejpal's main contention for opposing the leave to appeal was that proper sanction was not taken.

"We not only reject the preliminary objections raised on behalf of the Respondent regarding the maintainability of this application but further allow the application and grant leave under Section 378(3) of Cr.P.C. because we are satisfied that a prima facie case has been made out and arguable points have been raised in the matter",the High Court said in the order pronounced on Saturday (April 23).

In its amended grounds for appeal u/s 378 of the CrPC, the Goa Government has cited the trial court's lack of understanding of a rape victim's post-trauma behaviour, using her past sexual history and education as legal bias against her, and making observations driven by "patriarchy" to challenge the judgment acquitting journalist Tarun Tejpal. It has also kept the option of re-trial open.

The appeal also seeks to expunge all such portions of the victim's evidence that are not in conformity with Sections 53A and 146 of the Indian Evidence Act. These sections make it inadmissible and impermissible to ask questions about a victim's past sexual history when issues regarding consent are involved.

The defence, led by senior advocate Amir Desai argued that the decision to file the appeal was taken even before an official copy of the judgement was received. Therefore the decision was null, because the same was arrived at in breach of mandatory procedures prescribed under Section 378(1) of Cr.P.C., Home Department Order dated 03.01.2008 and the Citizen's charter of Directorate of Prosecution.

Second, he submitted that the Public Prosecutor and the Director of Prosecution were bypassed in the decision-making process.

Solicitor General Tushar Mehta argued that the State's direction to appeal required no interference and the so-called procedural deficiencies did not exist. In any case these alleged deficiencies were not sufficient to sustain preliminary objections.This was a fit case for grant of leave because there are some fundamental errors in the approach and appreciation of evidence by the learned Additional Sessions Judge, he argued.

The court said that notings and endorsements showed that the State Government, on 24.05.2021, indeed decided to institute this application/appeal.

Regarding the defence's contention that no affidavit accompanied the appeal, the court held that Rule 10 of Chapter II, Rule 11 of Chapter III, and Rule 1 of Chapter XXVI of the Bombay High Court Appellate Side Rules, 1960 didn't mandate so.