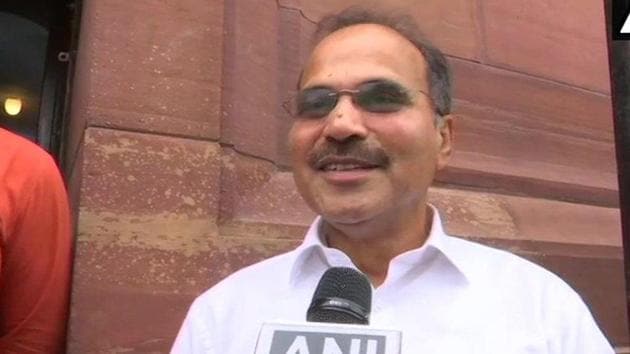 The Congress leader claims that the Search Committee has arbitrarily made recommendations, without giving any justifications as to why the shortlisted candidates are more suitable among all those who applied for the said posts.

It is stated that the Committee has mostly chosen bureaucrats making it appear as "cosy club" of retired civil servants who were being provided post retirement sinecures as quid pro quo for the commitment they may have shown to their political masters.

"Surprisingly, although a large number of academicians, scientists, historians, human rights activists and also persons from legal, social service backgrounds applied for the said posts of CIC and ICs, but the Search Committee did not find even a single suitable, independent candidate from the said talent pool.

It is evident that those rejected are persons of equal if not more merit and have substantially contributed in public life. However, the Search Committee, apparently has neither used a criteria based approach or grading in selecting or rejecting a particular candidate," Chowdhury said.

Chowdhury has stated that the Committee has proceeded in violation of the Supreme Court's judgment in Anjali Bhardwaj & Ors. v. Union of India & Ors., wherein the Search Committee was specifically directed to make public, the names and criteria of the candidates who applied for the said posts.

He has pointed out that the 2 persons shortlisted for the post of CIC from among 139 applicants, one candidate was a IFS officer who mostly work abroad, has insufficient domestic experience, and was largely exempted from the purview of the RTI Act, 2005 by virtue of his post.

"The recommendation for the post of CIC ought to be someone with more on ground domestic experience in the field of service delivery, law, science, human rights and issues that concerns the general public in their day to day life etc.," Chowdhury says.

Similarly, of the 6 names shortlisted for the post if ICs, one candidate does not even find mention in the list of 355 applicants, as provided by the DoPT, who have applied for the position of ICs.

"The fact that the Search Committee has sky- dropped the name of Shri Mahurkar casts very serious aspersions on the integrity of the Search Committee. While on one hand this renders the entire the entire exercise of inviting applications through advertisement useless, on the other hand even if one were to give the liberty of choice the Search Committee, the basic principle of documentation of a reasoned and justified selection, has been totally overlooked," Chowdhury expressed.

He has demanded the Cabinet Secretary as Chairman of the Search Committee, to explain within one week, the considerations for which the Search Committee chose to name Shri Uday Mahurkar- an open supporter of the ruling political party and its ideology.

Insisting that the purpose of the RTI Act cannot be allowed to be defeated by "political favouritism" and "institutional subversion", Chowdhury has demanded: