Inter-Caste Marriage- Girl Isn't A Cattle But A Living Independent Soul Having Rights; Can Exercise Her Discretion As Per Her Wishes: HP High Court 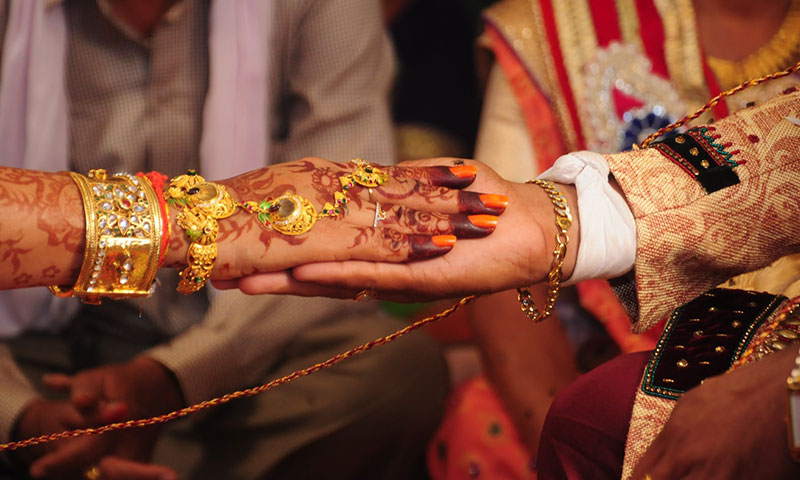 x
"In India, a female was always considered not only equal but on a higher pedestal than male since the Vedic Era, except for evils of the Medieval Period, which are necessary to be eradicated in the present era": Himachal Pradesh High Court

Underlining that opposition to marriage for the difference of caste is the result of spiritual as well as religious ignorance, the Himachal Pradesh High Court on Monday (22nd February) ruled that a girl is not a cattle or non-living thing but a living independent soul having rights, like others, and, on attaining the age of discretion, to exercise her discretion according to...

Underlining that opposition to marriage for the difference of caste is the result of spiritual as well as religious ignorance, the Himachal Pradesh High Court on Monday (22nd February) ruled that a girl is not a cattle or non-living thing but a living independent soul having rights, like others, and, on attaining the age of discretion, to exercise her discretion according to her wishes.

The Bench of Justice Vivek Singh Thakur was hearing a petition related to the marriage of an upper-caste woman (Rajput) with a lower caste man.

The Petitioner (Man/Sanjeev Kumar) filed a petition claiming that Komal Parmar/Woman had been detained by respondent No.3, her family members and friends against her wishes, so as to prevent solemnization of marriage of petitioner with her.

Further, it was also alleged that the only reason that petitioner belongs to a caste which is considered by family, relatives and friends of Komal Parmar a lower caste, is the cause of the whole incident leading to the abduction and illegal detention of Ms. Komal Parmar.

Thus, the petitioner prayed for the production of Ms. Komal Parmar also for direction to respondents-State to provide appropriate security to the petitioner and his family members as there is an imminent threat to their lives and property.

In furtherance of the Court's Order, Komal Parmar was produced before the Court and the Court ascertained her wishes, wherein, she endorsed the incident of abduction and treatment given to her thereafter, by her family members, relatives, and villagers.

Komal Parmar also submitted before the Court that the main opposition for marriage is for the difference in caste and the submission by her father that the Petitioner isn't financially stable and that the Girl is mentally weak, are nothing but an attempt to defer the solemnization of marriage so that avoidance of her marriage with petitioner could be managed by the passage of time by hook or crook.

Underlining that independence of thought to an individual is a fundamental feature of Indian culture, the Court, at the outset, observed,

"We are living in a State governed by the Constitution and discrimination on the basis of caste by denying of right to choose spouse, is in violation of Fundamental Rights guaranteed under the Constitution of India."

Referring to the Shrimad Bhagwat Gita, the Court remarked that discrimination on the basis of caste sometimes is propounded on the basis of some Smritis and Puranas, forgetting the basic principle that the highest source of religious norms are Vedas and anything in any other religious texts, including Smritis and Puranas, which is contrary to the principles propounded in Vedas, is to be considered ultra vires to Vedas and thus, contrary to Dharma and, therefore, is to be discarded.

The Court further continued by stating that discrimination on the basis of caste is not only in violation of constitutional mandate but also in opposition to real Dharma.

"Right To Marry a well-recognized right in Indian society"

Further, noting that right to marry or, for valid reasons, not to marry, as well as the right to choose a spouse, is a well-recognized right in Indian society since the ancient era, the Court also observed that inter-caste marriages were also permissible in ancient Indian society and that evils of Medieval period wrong perceptions have clouded the rich values and principles of our culture and civilization.

To drive home the point, the Court cited the examples of marriage of Shantunu and Satyavati; and Dushyant and Shakuntla which are said to be inter-caste marriages.

Significantly, the Court also referred to the Marriages of Sati and Lord Shiva, Rukmini and Lord Krishna & Subhadra and Arjun as the Court remarked,

"Oldest example of marrying a person of choice is marriage of Sati with Lord Shiva, which was solemnized in defiance and against wishes of her father King Daksha Prajapati. Another more than 5000 years old example of choosing the spouse according to the choice of the girl is of Rukamani and Lord Krishna, as Rukmani was having liking and wish to marry Lord Krishna, whereas her brother was intending to arrange her marriage with Shishupal, whereupon Rukmani had wrote a letter to Lord Krishna to take and accept her as his spouse and Lord Krishna did so by taking her from the Mandapa. Similar example is the marriage of Subhadra and Arjun, where family members were intending to marry Subhadra somewhere else, whereas Subhadra had chosen Arjun as her spouse."

"Unlike the ancient western thought, wherein a female was supposed to be created by God from the rib of a man for enjoyment of man, in India, a female was always considered not only equal but on higher pedestal than male since the Vedic Era, except for the evils of Medieval Period, which are necessary to be eradicated in present era."

The Court, in its Order, noted that Komal re-affirmed that her decision to marry petitioner is "well-considered and determined", the Court observed,

"Komal is major, capable of taking her own decisions and is entitled to the right recognized by the Constitution to lead her life exactly as she pleases."

Thus, the instant petition was disposed of with liberty to Komal Parmar to go and reside wherever she wants and direction was issued to respondents No.1 and 2 to ensure the safety of lives and property of petitioner and his family and also Komal Parmar and to provide rapid help/ assistance to ensure that whenever required.

However, before the Court, Komal expressed her desire not to accompany her parents or relatives or friends of the family but to move independently to the house of her friend Pooja Devi who is also the sister of the petitioner (Sanjeev Kumar) and thereafter to go to village Jalari (in Himachal Pradesh).

To this, the Court directed the Superintendent of Police Shimla and Hamirpur, SHOs Sadar (Shimla), District Shimla and Nadaun, District Hamirpur, Himachal Pradesh to depute Police Personnel to escort her from the Court premises to the destination she desires to go.