Interim Mandatory Injunctions Can Be Granted After Giving Opportunity Of Hearing To Opposite Side: SC [Read Order] 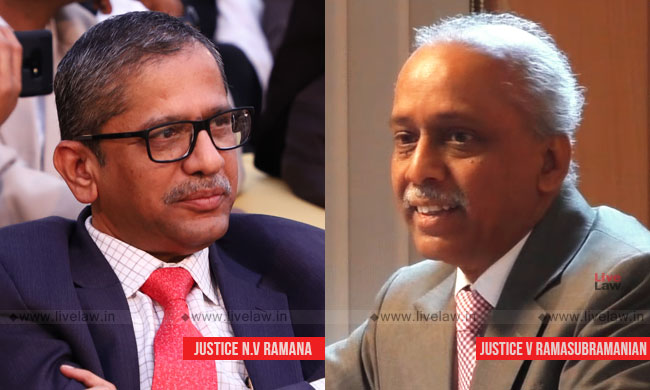 The Supreme Court has observed that, the Civil Courts, while considering the application seeking interim mandatory injunction in long pending cases, should grant opportunity of hearing to the opposite side.

In this case [Dr. Syed Afzal (Dead) vs. Rubina Syed Faizuddin], the appellant's contention was that the High Court, without granting an opportunity of hearing, granted an interim mandatory injunction and police aid.

The bench comprising Justice NV Ramana and Justice V. Ramasubramanian noted that the regular appeal pending before the High Court is of the year 2013 and the applications seeking interim mandatory injunctions are of the year 2019. The court said:

"These applications are purportedly necessitated by the events that allegedly happened in the recent past. Therefore, this was not a case where an ad-interim mandatory injunction and police aid were required to be granted without affording an opportunity to the appellants herein to file a counter affidavit and to put forth their case."

The Court further observed that such an order of the High Court has left all the interlocutory applications lifeless, though the applications are technically pending. It said:

It is true that the Civil Court is not powerless to grant interim mandatory injunction, as such a power has been recognised by this Court in a long line of decisions, the important among them being Dorab Cowasji Warden vs. Coomi Sorab Warden & Ors, (1990) 2 SCC 117. But it does not mean that the same could be granted even without an opportunity to the other side, especially when the main appeal is pending for the past six years.