Will Trial In NDPS Cases Be Vitiated If Investigation Officer Is The Complainant Himself?: SC Constitution Bench Judgment On Monday 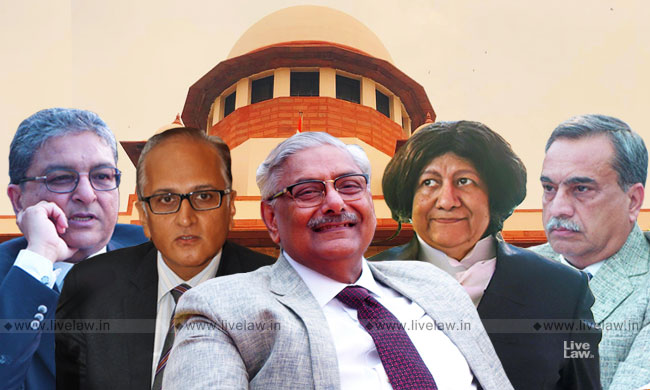 The Constitution Bench of the Supreme Court on Monday will deliver its judgment in a reference on the issue whether the trial of cases under Narcotic Drugs & Psychotropic Substances Act will be vitiated if the informant and the investigating officer is the same person.

In Mohanlal v State of Punjab , it was held by a three judge bench that the trial of cases under NDPS Act will be vitiated if the informant and the investigating officer is the same person. "It is therefore held that a fair investigation, which is but the very foundation of fair trial, necessarily postulates that the informant and the investigator must not be the same person. Justice must not only be done, but must appear to be done also. Any possibility of bias or a predetermined conclusion has to be excluded. This requirement is all the more imperative in laws carrying a reverse burden of proof.", it was held in the said judgment.

The correctness of this view was doubted in Mukesh Singh v State by a two judges bench comprising of Justices U U Lalit and M R Shah saying that the issue has to be decided on case to case basis and that there cannot be blanket rule that trial will be vitiated in all such cases where informant and the investigating officer are the same. "In a given case, where the complainant himself had conducted investigation, such aspect of the matter can certainly be given due weightage while assessing the evidence on record but it would be completely a different thing to say that the trial itself would be vitiated for such infraction", observed the bench headed by Justice Lalit while referring it to larger bench.

Later a three judge bench comprising CJI Gogoi, Justices Navin Sinha and K M Joseph clarified in Varinder Kumar v State of Himachal Pradesh that the benefit of Mohanlal decision will not be available to trials and appeals pending as on the date of that decision.