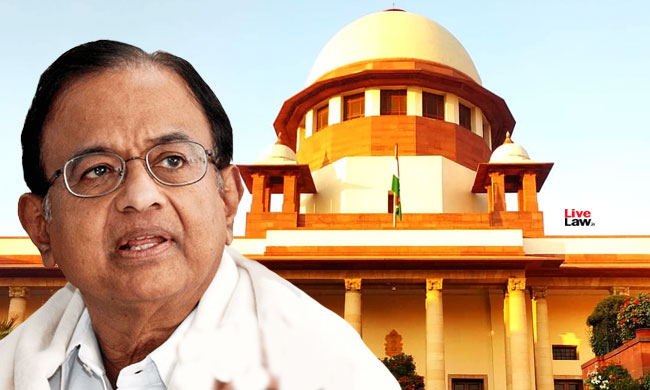 The Supreme Court on Thursday reserved verdict on the petition filed by former Union Finance Minister P Chidambaram challenging the November 15 judgment of the Delhi High Court which refused him bail in the case registered by Enforcement Directorate in relation to INX Media money laundering allegations.

A three judges bench comprising Justices R Banumathi, A S Bopanna and Hrishikesh Roy on Thursday heard the arguments of Solicitor General Tushar Mehta for ED. The same bench had granted Chidambaram bail in the case registered by Central Bureue of Investigation in relation to INX Media deal.

Senior Advocates Kapil Sibal and Dr A M Singhvi appeared for Chidambaram, who has been under custody for past 100 days.

The Court has permitted the ED to submit materials collected by it in a sealed cover.

Though Justice Suresh Kumar Kait of the Delhi High Court found that Chidambaram satisfied the triple tests for grant of bail - no chance of absconding, tampering of evidence and influencing witnesses - bail was denied citing the gravity of offence.

Chidambaram challenged this order contending that gravity of offence cannot be a sole ground for rejecting bail. Both Sibal and Singhvi submitted that ED has not been able to trace out any evidence linking Chidambaram to the alleged money laundering transaction, despite several days of custody. It was also argued that the term of sentence was the yardstick of determine the gravity of offence. Since the offences under Prevention of Money Laundering Act are punishable with a term of less than 7 years, they cannot be termed as 'grave offences', submitted the senior lawyers. They also submitted that the High Court had reproduced the ED allegations in the judgment without application of mind.

Opposing the plea, Solicitor General Tushar Mehta submitted that economic offences should be treated as a class apart, as they affect the economic system of the country. India has international obligations to counter money laundering crimes.  Granting bail in such offences will send a wrong signal to the society.

SG responding to Singhvi's argument that gravity cannot be a sole ground to deny bail.
"Taking strict action against money launderers was a global initiative as it affects many nations. The gravity therefore, forms a ground for refusing bail"#PChidambaram #INXMediaCase

Terming Chidambaram the "kingpin" of the conspiracy, the Solicitor General said that the former Union Minister  had full knowledge of everything that was happening.

The SG also challenged the High Court's findings that Chidambaram was not likely to tamper evidence or influence witnesses.

SG : Chidambaram is a very powerful person and we possess documents to prove that he continues to wield control over very crucial witnesses, inside or outside custody.@PChidambaram_IN #PChidambaram #INXMediaCase

The SG added that Karti Chidambaram was not out on bail. He was granted interim protection from arrest by the Delhi High Court in a writ petition challenging the constitutionality of certain provision of Prevention of Money Laundering Act. Therefore, Chidambaram cannot claim parity with Karti ( A detailed account of today's arguments may be read here).

Chidambaram was arrested by the CBI on August 21 in the corruption case which was registered on May 15, 2017 alleging irregularities in a Foreign Investment Promotion Board (FIPB) clearance granted to the INX Media group for receiving overseas funds of Rs 305 crore in 2007, during Chidambaram's tenure as finance minister.

After spending 58 days in custody - 15 days CBI custody and 53 days judicial custody - the SC had granted him bail on October 22 in the case registered by CBI. The SC bench headed by Justice R Banumathi rejected the argument of CBI that Chidambaram posed a flight risk and that he could influence witnesses.