Is Financier With Hypothecation Charge Over Vehicle A 'Financial Creditor' Under IBC? Supreme Court To Examine 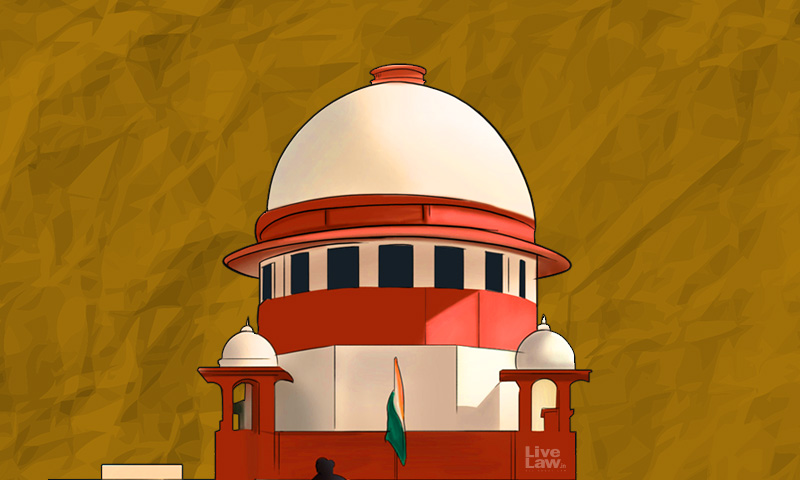 The Supreme Court on Thursday issued notice on an appeal filed against an NCLAT verdict which held that a financier cannot claim the status of 'financial creditor' under the Insolvency and Bankruptcy Code (IBC) if the hypothecation charge in respect of a vehicle is not registered as per the Companies Act, 2013.A bench comprising Justices DY Chandrachud, Indira Banerjee and Sanjiv Khanna...

The Supreme Court on Thursday issued notice on an appeal filed against an NCLAT verdict which held that a financier cannot claim the status of 'financial creditor' under the Insolvency and Bankruptcy Code (IBC) if the hypothecation charge in respect of a vehicle is not registered as per the Companies Act, 2013.

The appeal challenged the verdict passed by the National Company Law Appellate Tribunal on October 19 last year holding that registration of hypothecation charge over a vehicle with Motor Vehicle Authority under Section 51 of the Motor Vehicles Act, 1988 does not qualify as registered 'charge' for a valid claim before a liquidator,unless the same is registered in terms of the Companies Act. The appellant had approached the NCLAT rejecting the claim of Volkswagen Finance Pvt Ltd.

Challenging the NCLAT verdict, Advocate Sanjeev Sagar, appearing for the appellant, raised the following arguments before the Supreme Court :

The submissions were based on the provisions contained in Sections 3(30)and 3(31) of the Insolvency and Bankruptcy Code 2016.

The top court has issued notice returnable by February 8, 2021.

A liquidator was appointed against Shree Balaji on Apr 3, 2019, and Volkswagen filed its claim on Jul 27, 2019 with copies of the Loan Agreement, the Hypothecation Deed, the Demand Letter and the Registration Certificate of the vehicle, and submitted that the 'charge' was duly registered through the hypothecation registration with the Regional Transport Office (RTO) in terms of Section 51 of the Motor Vehicles Act, 1988 (M.V. Act), and that there was no requirement of registration of 'Charge' with the Registrar of Companies (ROC).

Referring to the judgement passed by the High Court of Kerala in Kerala State Financial Enterprises V/s. Official Liquidator (2006) 133 Company Case 912 (Kerala) and the Bombay High Court in Anti-fraction bearings Corporation Ltd & Anr. V/s. State of Maharashtra & Ors., AIR 1999 Bom 37, NCLT held that as no charge had been registered by Volkswagen Finance as required under Companies Act, 2013 and the IBBI (Liquidation Process) Regulation, 2016, the company was liable to be treated as an Unsecured Creditor and its claim was rightfully rejected by the liquidator.

Upholding NCLT's decision, the NCLAT said that, "Section 77 of the Companies Act 2013, specially Sub-Section 3 is very clear to us. This Section read with provisions under IBC referred has no ambiguity," and relied on the decision of the Supreme Court in Prabhudas Damodar V/s. Manhabala Jeram Damodar (2013) 15 SCC 358 wherein it was stated that, "It is trite law that if the words of a Statute are themselves precise and unambiguous, then 25 Company Appeal (AT) (Insolvency) No. 02 of 2020 no more can be necessary than to expound those words in their natural and ordinary sense."

NCLAT then referred to the Supreme Court's decision in Kerala State Financial Enterprises Ltd. V/s. Official Liquidator, High Court of Kerala, (2006) 10 SCC 709, wherein it has been held that "If charges are not registered under," the then Section 125 of Companies Act, "the same would be void against the liquidator or creditors."

NCLAT further cited the case of Oil and Natural Gas Corporation Ltd. V/s. Official Liquidator of Ambica Mills Co. Ltd. and Ors., (2015) 5 SCC 300, referred to in India Bulls Finance Ltd. V/s. Samir Kumar Bhattacharta and Ors. Company Appeal (AT) (Insolvency) No. 830 of 2019, and held that "in the absence of 'charge' being registered, the Appellant could not be treated as Secured Financial Creditor."