Issue Of Community Certificate Irrelevant When Appointment Is Sought Under Disability Quota & Not Based On Community: Supreme Court 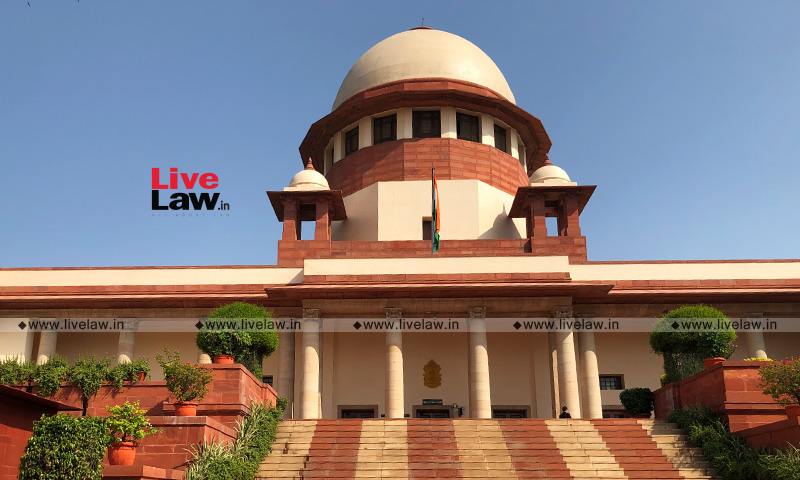 The Supreme Court has observed that issue of community certificate cannot be agitated for the first time before the Top Court more so when the appointment was sought to been made on the disability quota and not on the basis of the community.The Court made the observation while dismissing a special leave petition filed by the Bank of Baroda challenging a direction of the National Human...

The Supreme Court has observed that issue of community certificate cannot be agitated for the first time before the Top Court more so when the appointment was sought to been made on the disability quota and not on the basis of the community.

The Court made the observation while dismissing a special leave petition filed by the Bank of Baroda challenging a direction of the National Human Rights Commission to give appointment to a candidate, who had applied under disability quota. Before the Supreme Court, among other arguments, the Bank disputed the community certificate of the candidate, based on which she was claiming to be a member of the Schedulte Caste. The Court rejected this argument noting that the issue has been raised for the first time before the Supreme Court. In any case, the candidate was seeking appointment under the disability quota.

A bench comprising Justices Sanjay Kishan Kaul and MM Sundresh made these while dismissing the Bank's plea challenging the Delhi High Court's judgment which upheld the NHRC direction.

In the instant case, Sushmita Saha ("respondent") had applied under disability quota for the one year course of Post Graduate Diploma in Banking and Finance (PGDBF) which makes students eligible to seek admission for the appointment as Probationary Officer. She had applied for the same based on the degree which she had obtained from the Eastern Institute for Integrated Learning in Management University, Sikkim.

Her application was accepted by the Bank but since she completed the course belatedly, she was not given a posting as Probationary Officer.

Aggrieved, she approached the National Human Rights Commission, which directed the appellant to provide immediate placement by order dated October 14, 2017.

The Bank thereafter approached the Delhi High Court seeking to set aside NHRC's order. Since the same was dismissed by the Single Judge holding that the time limit was not informed to the respondent, the Bank preferred intra court appeal.

Aggrieved with the dismissal of intra court appeal, the bank approached the Top Court.

Counsel for the appellant submitted that in order to give a quietus to the issue, a letter of offer of appointment was indeed given to the respondent, but the verification found that she was not eligible as the degree obtained by her has not been recognized by the University Grants Commission. On that basis, a review was filed but erroneously dismissed.

A further submission was also made by the counsel wherein it was argued that the material on record indicated that the community certificate produced by the respondent that she belongs to the Scheduled Caste community appeared to be not genuine, though even as her father, who worked with the appellant, produced a similar certificate.

Counsel for the respondent submitted that the basis for filing the writ petition was the order passed by the National Human Rights Commission. Thus, the other issues cannot be permitted to be agitated, especially when the respondent was made to complete the course and after obtaining a loan, which was required to be reimbursed.

While dismissing the SLP, the bench said,

"We do not find any merits in these appeals. On the issue of completion within a stipulated time, the appellant has accepted the order of the High Court. The writ petition was filed only challenging the order of the National Human Rights Commission. At that point in time, the objection was with respect to the aforesaid issue alone. Though we do not wish to say anything on the eligibility of the respondent on the basis of the degree obtained by her, the situation has been brought forth by the appellant. It is the appellant who permitted the respondent to undergo the diploma course which she did complete. Had the objection been raised at the earlier point of time with the permission being denied to undergo the diploma course, perhaps the respondent would not have anything to say. Similarly, the issue qua the community certificate cannot be agitated for the first time before us, more so when the appointment is sought to be made on the disability quota and not on the basis of the community. We have no difficulty accepting the counsel's contention for the appellant with respect to the degree not being recognized by the University Grants Commission forming part of the qualification as the law is quite settled, and it is for the employer to fix the qualification. However, on the peculiar facts of the case, which we have discussed in the preceding paragraphs, we do not wish to interfere with the order passed by the High Court of Delhi upholding the directions of the National Human. Insofar as the reimbursement is concerned, it is expected to be done in terms of the rules governing."