Issues Related to All MGNREGA Registered Households As Well As Other Entitlements Are Duly Addressed: Centre Files Status Report in SC 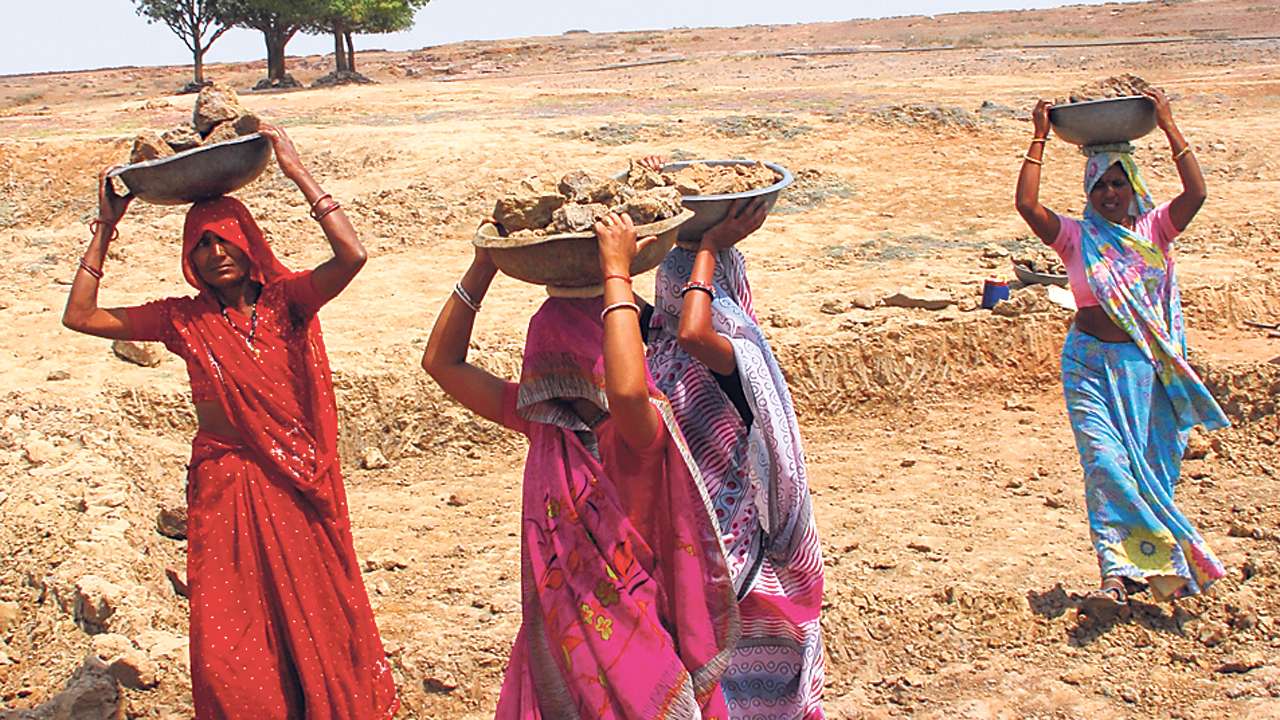 The Central government has asserted before the Supreme Court that "the issues related to all MGNREGA registered households as well as other entitlements are being duly addressed in an overall and comprehensive manner by it and the State Governments during the Covid-19 lockdown period".The State has filed the status report in a petition by activists Aruna Roy and Nikhil Dey for issuance of...

The Central government has asserted before the Supreme Court that "the issues related to all MGNREGA registered households as well as other entitlements are being duly addressed in an overall and comprehensive manner by it and the State Governments during the Covid-19 lockdown period".

The State has filed the status report in a petition by activists Aruna Roy and Nikhil Dey for issuance of uniform guidelines to all States/Union Territories to ensure that all active and registered job card holders under the MGNREGA Act are deemed to be at work, and are accordingly paid full wages at the earliest.

"In order to ensure that the relief measure reaches not only to poor people and migrant workers but also their families / dependents in a sustainable manner, the Central Government has announced Rs.1.70 lakh crore relief package under the Pradhan Mantri Garib Kalyan Yojana to fight battle against corona virus", submitted the government.

The salient features of the package are enumerated- Insurance cover of Rs 50 Lakh per health worker fighting COVID-19 will be provided under the Insurance Scheme; Government will front-load Rs 2,000 to farmers in first week of April under the existing PM KisanYojana to benefit 8.7 crore farmers; Wage-earners earning below Rs 15,000 per month in businesses having less than 100 workers, would be given 24 percent of their monthly wages into their PF accounts, per person, per month for next three months; Central Government has given orders to State Governments to use Building and Construction Workers Welfare Fund to provide relief to Construction Workers and support to 3.5 Crore registered workers.80 crore poor people will be provided 5 kg wheat or rice and 1 kg of preferred pulses, free of cost, every month for the next three months; An ex-gratia financial assistance of Rs 1,000 per person will be given to 3 crore poor senior citizen, poor widows and poor disabled; 20 crore women Jan Dhan account holders will be given cash assistance of Rs 500 per month per person for next three months, etc. It is further contended that MGNREGA wages are already being increased from Rs.180 per day to Rs.202 per day which will benefit 13.62 crore such poor families.

Finally, it is assured that the States and UTs have set up 23,924 relief camps as per the directions of the Central Government in which they are providing food, shelter and medical facilities as per the requirements of migrant workers. Around 12,48,245 persons have been provided shelter; 75,04,299 persons have been provided food. These facilities are being provided for the poor and the destitute, the stranded migrant workers, for workers who need access to food as also for workers who have reached their destination but are required to be quarantined as per standard health protocol.

Earlier today, the Chief Justice-led bench, however, refused to pass any directions to the Government for payment of wages to migrant workers belonging to the unorganised sector. The top court stated that policy decisions were the "prerogative of the Government", suggesting that a helpline for taking up such complaints can be created by the Government.

"We do not plan to supplant the wisdom of the Government with our wisdom" - said Chief Justice S. A. Bobde.

"There's a dispute on facts and on the best course to be adopted. How can you say the government is not doing anything when you have not seen the status report of the government?", he asked