"I Am An Individual In My Own Right! We Identify As Individual Lawyers Not As Somebody's Wife Or Husband": Jaising To AG [Courtroom Exchange] 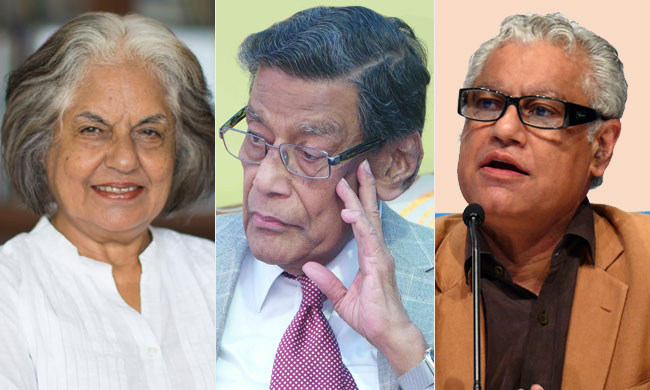 "You withdraw that statement, Mr. Attorney! ...I am an individual in my own right! ,We identify as individual lawyers and not as somebody's wife or husband! That is why we have not changed our names and I continue to be Indira Jaising!"

Attorney General K. K. Venugopal's contempt plea against Advocate Prashant Bhushan was privy to some dramatic exchanges from the bench and between the senior members of the bar.

The AG, as well as the Centre, had moved a contempt petition against Mr. Bhushan for posting tweets alleging that the top law officer of the country had misled the Supreme Court in submitting that M. Nageshwar Rao's appointment as the acting CBI Chief had the approval of the Selection Committee.

As the pleas came up before the bench of Justices Arun Mishra and Navin Sinha, Senior Advocate Dushyant Dave argued a fresh application praying for Justice Mishra's Recusal. The request stemmed from "a genuine apprehension of bias" of Advocate Prashant Bhushan, "a responsible member of the bar", he persisted, even as the bench displayed an inclination to proceed with the hearing in view of Chief Justice Ranjan Gogoi and Justices A. K. Sikri and N. V. Ramana already having previously recused from the matter. 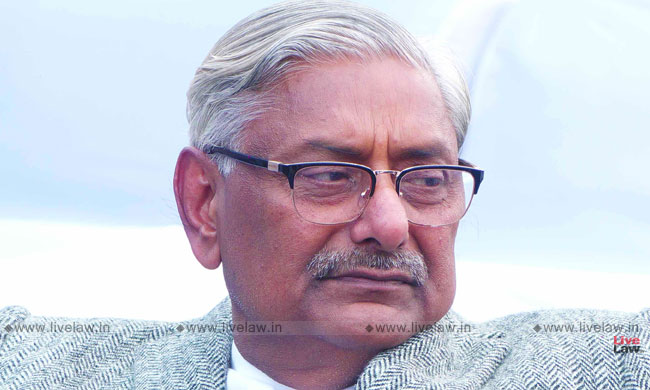 Mr. Dave indicated how Justice Mishra in the past has been part of benches which dismissed NGO Common Cause's plea for a court-monitored investigation into the Sahara-Birla case diaries hinting at a pay-off to PM Narendra Modi and other named public servants, and NGO CJAR's petition seeking an SIT probe into the allegations of criminal conspiracy and illegal gratification against sitting Supreme Court judges to procure a favourable outcome in the Lucknow Medical College Admission scam. In both these instances Mr. Bhushan happened to represent the petitioner-organisations.

The Senior Advocate also pointed to a recent judgment in which Justice Mishra has come down heavily on lawyers who, for "cheap publicity", personally attack the judges in the media and impute political motives to their judgments, encouraging fellow judges to not hesitate in initiating contempt in such cases.

Asserting that the application for recusal was only an impersonal request for the transfer of the contempt pleas to another bench, Mr. Dave submitted that as per the apex court's own decisions, what the judge should consider in the face of such a prayer is the reasonableness of the apprehension in the mind of the party before him-

"The proper approach for the judge is not to look at his own mind and ask himself, however honestly, 'Am I biased?', but to look at the mind of the party before him", the court has ruled on an earlier occasion.

This argument was vehemently countered by the AG who questioned the bonafides of the prayer for recusal, contending that this apprehension of bias was not voiced either when the notice was issued by the bench on the contempt petitions or when Mr. Bhushan had subsequently sought the recall of the notices on the ground that Justice Mishra's bench lacks the jurisdiction to take cognisance of contempt matters in view of the roster arrangement.

Mr. Venugopal pointed out how previously also Mr. Bhushan had publicly accused former Chief Justice S. H. Kapadia of judicial impropriety over the Vedanta Sterlite case, for which contempt proceedings had been commenced.

It was the AG's case that if at all Mr. Bhushan had reason to believe that the alleged unscrupulous act was in fact carried out, the correct course of action would have been to take the court in confidence, and not taking to social media.

"Minutes before entering this courtroom, I had a word with him. I told him that if he admitted his mistake, I would not press the petition. But he declined", continued the AG.

However, he conceded that he is not insistent on the punishment for the contempt committed, but rather on the wider issue of law concerning the rising trend of advocates issuing statements on public platforms on subjudice matters.

"Kharge perhaps forgot that he had under his own signature authorised the Centre to appoint an interim director...the minutes of the meeting (of the Selection Committee) were handed over to the court in a sealed cover. So Mr. Bhushan may not have had means of knowing that they were signed by Mallikarjun Kharge...", remarked the AG, describing Mr. Bhushan's mistake as genuine.

As he sought to withdraw the contempt action, Justice Mishra continued to be troubled by the legal issue of lawyers going public with pending matters. The bench reflected that regardless of whether the plea is withdrawn, the cognisance having been already taken, the court retained the power to finally decide the issue.

Post a brief discussion between Mr. Dave and the AG, the former tendered an unconditional apology on behalf of Mr. Bhushan. However, the bench insisted on hearing it from Mr. Bhushan himself, who, in his turn, admitted to having made a genuine mistake. But he put his foot down so far as the unconditional apology was concerned, reiterating that he had filed the recusal application bonafidedly.

Earlier, the maintainability of the Centre's contempt petition was doubted on the ground that it did not bear the AG's authorisation.

As Solicitor General Tushar Mehta attempted to submit that since the AG had himself moved the court in contempt, the requirement of his sanction was done away with, Senior Advocate Rajeev Dhawan questioned the SG's locus- "How can he get up everywhere and just start speaking? What nonsense is this?"

"Dr. Dhawan, please keep your cool", Justice Mishra had said. "I am always cool", the Senior Counsel had replied.

"Please check your blood pressure anyway", Justice Mishra had commented. "My blood pressure is normal. Perhaps Your Lordships should consider getting it checked", Dr. Dhawan had retorted.

The SG had further interjected to throw light on Dr. Dhawan's previous conduct in the court- he read excerpts from the 2014 Sebi-Sahara case, with emphasis on the terminology employed by Justices J. S. Khehar and K. S. Radhakrishnan to describe Dr. Dhawan's assay to convince them to recuse.

Further, When Mr. Dave had endeavoured to buttress his argument in favour of recusal, claiming that it appeared the bench had already made up its mind on the issue of contempt, Mr. Mehta had dissed it as another attempt of forum-shopping. The SG had drawn the bench's attention to the 2018 Judge Loya case where Mr. Bhushan had sought Justices A. M. Khanwilkar's and D. Y. Chandrachud's recusal on account of the Bombay High Court being their parent Court. On that date, Mr. Bhushan had implied a conflict in view of these judges' familiarity with certain sitting Bombay High Court judges whose statements were under seige in the case.

At that juncture, Mr. Dave had also attacked the SG's locus- "What precedent is this court setting in allowing persons who are not parties to the case to make such detailed submissions?"

Another highlight of the hearing was the face-off between Senior Counsel Indira Jaising and the AG.

When Senior Advocate Anand Grover was desirous of intervening in connection with the larger question of law sought to be canvassed by the bench, he was asked who he was appearing on behalf of-

"You should say you are representing your wife", remarked the AG.

At this comment, Ms. Jaising, who was present in court, shot back at the AG, "You withdraw that statement, Mr. Attorney! ...We identify as individual lawyers and not as somebody's wife or husband! That is why we have not changed our names and I continue to be Indira Jaising!"

As the AG agreed that she is indeed a very good lawyer, Ms. Jaising apologised for having raised her voice, maintaining that who represents her is her choice and that she wishes to always be seen as an advocate.