Judges Don't Have Problem With Physical Hearing Of Cases & Post-Dussehra We Can Resume It: CJI NV Ramana 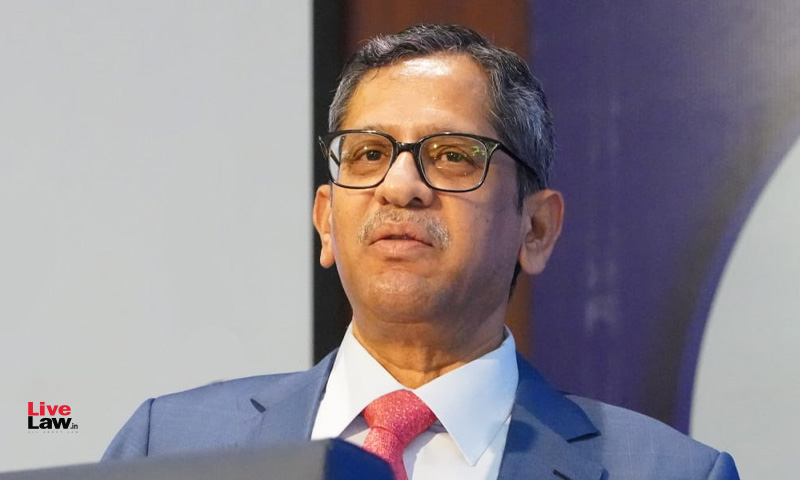 While speaking at the Felicitation Function organized in honor of Chief Justice and other Judges of Supreme Court organized by Lady Advocates of Supreme Court, the Chief Justice Of India NC Ramana said that the Judges don't have any problem with the opening of the courts and expressed hope that post-Dussehra, the physical hearing of courts would resume. "I have no issue, even during...

"I have no issue, even during the pandemic time I was ready... the majority of the advocates are not preferring (physical courts) for whatever reason. Senior counsels have some reservations but youngsters and other advocates are willing to come," the CJI said.

CJI Ramana: On the question of opening of the courts., I have no issue. Some lawyers, particularly senior counsels are reluctant to come for several reasons. We hope that there are no more waves and probably post Dushehra, we can resume the physical hearing.

The CJI further said that the President of Supreme Court Bar Association, Vikas Singh told him that there is some problem with the SOP and so it would be made liberal, the CJI added.

Importantly, regarding the fully opening of courts, the CJI said that he doesn't want to take risks while fully opening the courts. "We hope that there are no more waves, and shortly, after most probably post-Dussehra vacations, we can go for the physical hearing," the CJI remarked.

Lastly, the CJI also clarified that Judges do not have any problem with the physical hearing. "After all we are in an elevated place and (behind) glasses, it is the problem for the Lawyers and their clerks."

CJI Ramana: Please keep it in mind, judges do not have a problem, the problem is for the lawyers and clerks. On some different occasions, we will meet again with a good number to have a good discussion. Today is Daughter's day, wish you a very Daughter's day.

A Bench comprising the Chief Justice of India NV Ramana, Justice Nageswara Rao and Justice Surya Kant expressed disappointment at lawyers turning up to Court for physical hearings in less numbers, after the resumption of physical hearing of cases in Supreme Court with hybrid option, from September 1, 2021.

The Bench also indicated that once the lawyers start coming to Court for hearings, the issues related to the Standard Operating Procedures can be sorted out.

The Bench made the observations while considering its suo motu case regarding the extension of limitation period due to the Covid pandemic.

The Bench indicated that it will recall its suo motu order of April 27, 2021, which had extended with effect from March 14, 2021 the limitation period for filing of cases in view of the COVID second wave.

Last year in August, the top court had decided to resume physical hearing on an experimental basis in certain courtrooms for final hearing matters with the consent of advocates. Though a list of 1000 cases for physical hearing was published, it did not take off as only a handful of advocates consented to it.

The Supreme Court Bar Association in March through its representation to CJI had asserted that virtual hearing was only a "stop-gap" arrangement to keep the wheels of justice moving during the pandemic and that Open Court hearing is both a convention and a Constitutional requirement. Stating that the pandemic was "very much in control", it had urged CJI to open the Supreme Court for physical hearing of cases.

Post several representations made in an attempt to restart physical hearings by Supreme Court Advocates On Record Association, SCBA, etc, the Supreme Court of India had decided to start hearing cases in a hybrid manner from March 15th, 2021 on an experimental basis.

However, the second wave of covid and surge in cases put a halt on the efforts of resuming court hearings physically or in hybrid form.

The complete function could be viewed here