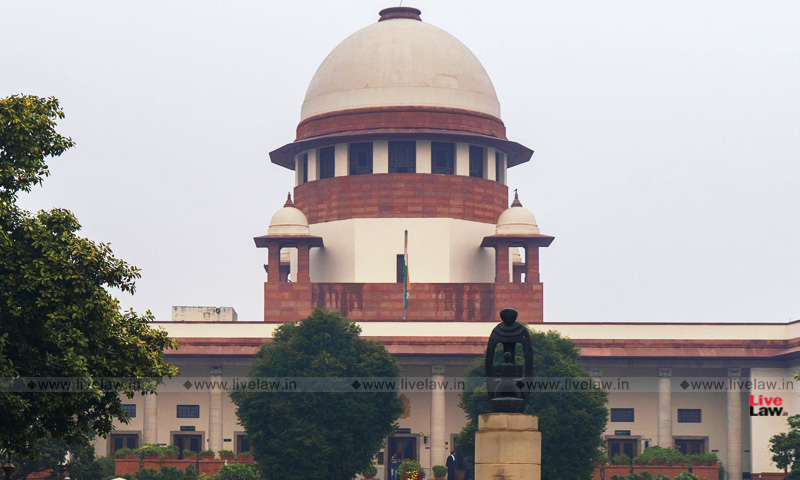 In the judgment holding that the lockdown restrictions and the extension of limitation will not impact the right to default bail, the Supreme Court made some significant observations on judicial discipline.

The issue arose out a single bench decision of Madras High Court in the case S Kasi v State through Inspector of Police, which held that the SC's order of March 23 extending limitation will also extend the time for filing chargesheet under Section 167(2) of the Code of Criminal Procedure.

Disapproving this approach of the HC bench,the SC observed :

Suo Moto Extension Of Limitation Or Lockdown Will Not Affect Right Of Accused To Default Bail : SC

The top court also disapproved the observations passed by the bench in S Kasi against the previous order.

While a bench may overturn a judgment passed by a bench of lesser strength on point of law, it will against judicial discipline to pass adverse observations and uncharitable remarks against the judgment.

"We may further notice that learned Single Judge in the impugned judgment had not only breached the judicial discipline but has also referred to an observation made by learned Single Judge in Settu versus The State as uncharitable. All Courts including the High Courts and the Supreme Court have to follow a principle of Comity of Courts. A Bench whether coordinate or Larger, has to refrain from making any uncharitable observation on a decision even though delivered by a Bench of a lesser coram. A Bench sitting in a Larger coram may be right in overturning a judgment on a question of law, which jurisdiction a Judge sitting in a coordinate Bench does not have. In any case, a Judge sitting in a coordinate Bench or a Larger Bench has no business to make any adverse comment or uncharitable remark on any other judgment. We strongly disapprove the course adopted by the learned Single Judge in the impugned judgment", the bench comprising Justices Ashok Bhushan, M R Shah and V Ramasubramanian observed.