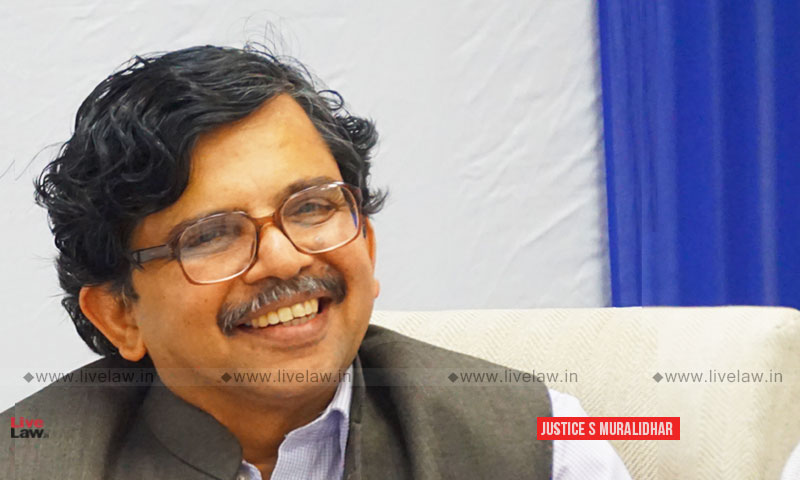 Justice Dr S Muralidhar, judge of Punjab and Haryana High Court, spoke about the need for judicial education to address the inherent biases of judges.He made this observation while delivering a Webinar on judicial reforms organized by BeyondLaw CLC and UILS, Punjab University, Chandigarh.He noted that increase of case load on judges lowered the quality of judgements, and that a balance...

Justice Dr S Muralidhar, judge of Punjab and Haryana High Court, spoke about the need for judicial education to address the inherent biases of judges.

He made this observation while delivering a Webinar on judicial reforms organized by BeyondLaw CLC and UILS, Punjab University, Chandigarh.

He  noted that increase of case load on judges lowered the quality of judgements, and that a balance had to be struck between the burden on the judge and its effect on the output. He also acknowledged that while writing a judgment was one aspect, but there were behavioral aspects that needed to changed when it came to inherent biases. The duty of judicial education is to take care of these biases.

"Writing judgement is one aspect, but there are behavioural aspects that need to changed when it comes to inherent biases. Judicial education needs to take care of these biases", he said.

Referring to suggestions being propagated by institutions such as Asian Development Bank, World Bank, UN bodies, and also our own Law Commission of India, Justice Muralidhar mentions the commonality of suggestion of investment institutions regarding improvement of efficiency of judicial system to aid technological development, which explains the changes we have seen with changes in arbitration law and the IBC.

"There is a realization that judicial reforms are absolutely crucial, but there has been a recent change in the approach of improving judiciaries around the world. For instance, I have found very recently the report of International Consortium, which was published in 2012 and came up with an 'international framework' for court excellence."

Justice Muralidhar noted that from an earlier institutional-centric approach, there has now been a movement toward freedom-centred, access to justice approach where user satisfaction is of prime importance.

In 2018, a report titled "Global Measures of Court Performance" was published, and Justice Muralidhar urged all participants to go online and look at the detailed report.

"What this report does is, it aligns core measures of court performance with core court values. These values are important for any judiciary at any level. They are: equality, fairness, impartiality, independence, competence, integrity, transparency, accessibility, timeliness and certainty."

Justice Muralidhar stated that these values reflect the changed approach toward judicial reformation. The first value is that of court user satisfaction, which puts the user of the courtroom at the center. Second is access fees, that is, how much court fee is charged in civil cases. Third is, case clearance rate. There is also 'on-time case processing'.

"How easily is a court file accessible, not just to the judge or the Registry, but to the lawyer and the litigant".

With regard to case backlog, Justice Muralidhar raised the question regarding accurate statistics about backlog of cases.

Justice Muralidhar continued his address by stating to the audience that approach to judicial reforms cannot merely be institution-centric.

"While I definitely agree that ADR, Lok Adalat are tools that need to be improved and used to decrease the burden of the courts, but it is also an institution-centric approach. Their selling points are that they take lesser time and there is certainty of conclusion. It might not be complete justice in the true sense of the word, but it is a pragmatic approach".

However, Justice Muralidhar stated that there is need for one to treat the justice system as a broad-based one. It is not merely about institutions doing justice, but more about these institutions delivering or securing justice, which can be exemplified by the issue of compliance of court orders.

"Approach to judicial reforms cannot be institutionally-centric (such as reforms of ADR, Lok Adalat etc). The modern day approach to justice is to be broad-based.It should not be about just delivering justice, but securing it as well", he said.

"Compliance of court orders" is a measure about how efficiently court orders are to be implemented and this is a matter of deep frustration for litigants.

There is need to evaluate the judicial system, which is not just confined to the formal judicial system such as legal services authorities or mediation centres, but also includes non-formal legal centres which are vibrant and active in the country.

"One question that we need to ask is do institutions of justice delivery provide efficient and effective services that are accessible and responsive to the needs of the people? For instance, how are vulnerable groups treated in the system."

Justice Muralidhar concluded his address by stating that without the cooperation of lawyers, no well-intentioned court can dispense justice and implement reform measures. Additionally, there is a string of continuity which is required in the reforms that are implemented in the court.

Justice Muralidhar then answered a question on judicial training and commented on the need for it to be exhaustive and extensive. He stated that there was a need for language training and the issue regarding lack of resources at lower level of courts had to be addressed.

Justice Madan B Lokur, former judge of the Supreme Court, was a co-speaker at the session. Report about his talk may be read here.