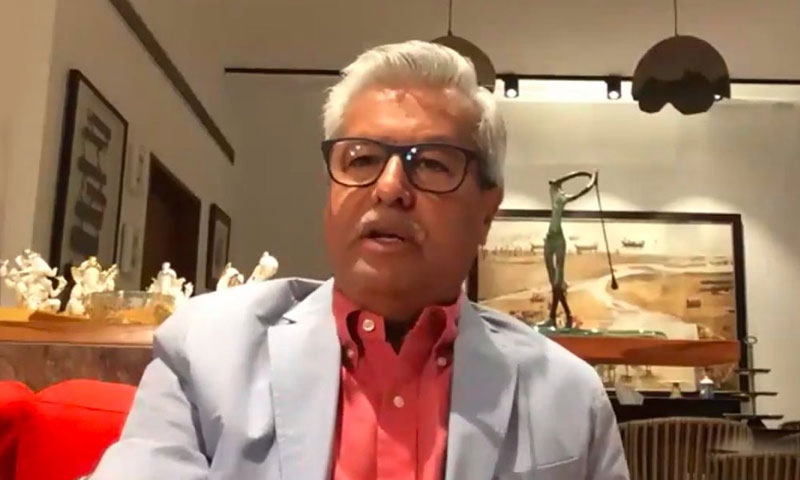 The judiciary should have intervened effectively and meaningfully in the early days of lockdown to ensure that it was done in an "organized, guided and just" manner, said Dushyant Dave, Senior Advocate and President of the Supreme Court Bar Association on Friday."It is inconceivable that even with all good objects, intentions and desires, the PM can take a decision that he will lock down...

The judiciary should have intervened effectively and meaningfully in the early days of lockdown to ensure that it was done in an "organized, guided and just" manner, said Dushyant Dave, Senior Advocate and President of the Supreme Court Bar Association on Friday.

"It is inconceivable that even with all good objects, intentions and desires, the PM can take a decision that he will lock down the whole country in 4 hours. The judiciary should have intervened within 24 hours and stopped it. It is unheard of", he said.

He was speaking at a Webinar organized by deBrief.

"The judges should have said that, 'we are not saying that there should no be lockdown. Of course lockdown must be brought. But, it should be brought in a guided, organised and just manner'", he said.

"It was important for the judges to realise that the citizens were helpless. The Government had foisted a decision upon the nation which prima facie appears to be completely arbitrary. Judges should have said, "Yes, do the lockdown. But, after 1 week or 10 days", he commented.

The Senior Advocate said that the lockdown impacted the poor and the labourers, who were forced to flee from the cities to the villages.

"Now, this is a peculiar situation. You kept these hundreds of millions in cities, in thickly populated areas. Now they may or may not have across corona patients. You are now encouraging them to go back to their villages where they may be transmitting the disease. These villages have non-existent sources of employment and healthcare infra is extremely poor".

In the circumstances of this humanitarian crisis, "it was absolutely imperative for judiciary to step in because it cannot sit and just think that Government knows best about the welfare of the people".

Had there been a timely and meaningful intervention, the lockdown would have seen better results, opined Dave.

"We don't live in some kind of a monarchy; it is a democracy. We are guided by Constitution. The judiciary should have acted swiftly, but in a meaningful & positive manner to assist and not throttle the Executive. If that had happened, then we could have seen better results".

Dave said that the judiciary let the disastrous consequences of the demonitization also go unchecked. Speaking about the 2016 decision to demonitize the currency notes of Rs 500 and 1000 in one single stroke, Dave said :

"Judiciary had the duty to see if the decision was a rational decision, if it was based on cogent material and the effects it would have. Demonetisation killed the economy and since then the economy has not been able to revive.

Constitution is suprema lex. Not even the PM is above it. The decision to demonetise was not the right decision and frankly did not achieve any purpose. But, so many died and were ruined in different ways. The judiciary should have intervened".

1. No decision of the executive is not reviewable.

2. Nobody is above the law.

This is something that the judges should have kept these in mind, he stressed.

"It is also important that the judiciary must become sensitive to the problems of the citizens. They are the watchdogs in our Constitution. But, with all due respect to the judiciary, they have not been doing that over the past 8 weeks or so", he said.

Dave: There are two points - 1. No decision of the executive is not reviewable. 2. Nobody is above the law. This is something that the judges should have kept in mind.

He began the session speaking about the role of lawyers in upholding the constitution. He recalled that lawyers played an important role during the freedom movement.

"We must organise groups of lawyers who can find out the problems of the people and address those problems. Collective voice of the Bar will carry a very strong weight", he said.

"The Bar must be equivocal and courageous in our stand. We know what the rights of the citizens are, we know they're not being observed and are trampled upon. We know our remedies are not being realised. We must do what we can to push the Executive and the judicial system.

The human dignity today is under challenge. Millions of migrant workers are going through so much. Our forefathers must be seeing and wondering if this is the nation we have given to the citizens of tomorrow. They must be condemning us".

"The Bar must organise groups, specially the young lawyers. The Younger Bar is extraordinarily gifted; they are far more capable and educated", he added.

Dave urged that lawyers should actively engage with the problems faced by citizens in the society, especially when many of them "are out of money and in streets" due to lockdown.

"For instance, if the employers aren't paying the wages, the lawyers can go and help the labourers and get them what is due. As lawyers, we are the biggest upholders of the rule of law", he said.

"Please do not think that the responsibility lies completely with the Executive, police. But, they have their limitations. They cannot think how the lawyers can think. We can do much more. The Bar Associations have great responsibilities in this regard".

"It is impossible to wipe every tear, but at least effort should be made. This is our foremost duty. It is our duty to express courage and to confront the bad elements and expose them; to put pressure on them so that they didn't inflict injustice".

The bar must also sensitize the judiciary, to make it act.

"The judiciary perhaps felt that this is the Executive's job, but no, they have limitations too. The judiciary must intervene. We must organise and go to the court and file PILs. We must sensitise the judiciary. That's why the Bar must have more interaction w/ the judiciary".

Speaking about the role of Senior Advocates, he said :

"There is much greater responsibility on shoulders of Sr. Advs. They've been designated as such because they have certain responsibilities and duties. They have to rise to the occasion and conduct themselves in a manner that guides the Bar".

He also said that the bar should take care of its own members, who are suffering due to the lockdown.

He stressed that judicial functions should resume at the earliest.

"we need to think of alternate ways to kickstart the judiciary...The judges should devise a way to prioritise the cases which should be taken up, in a manner that a large number of people can get justice without too many people in court.

The judiciary needs to think out of the box and call in experts to devise ways to ensure that rule of law is not completely at a standstill. This is not good for a democracy".