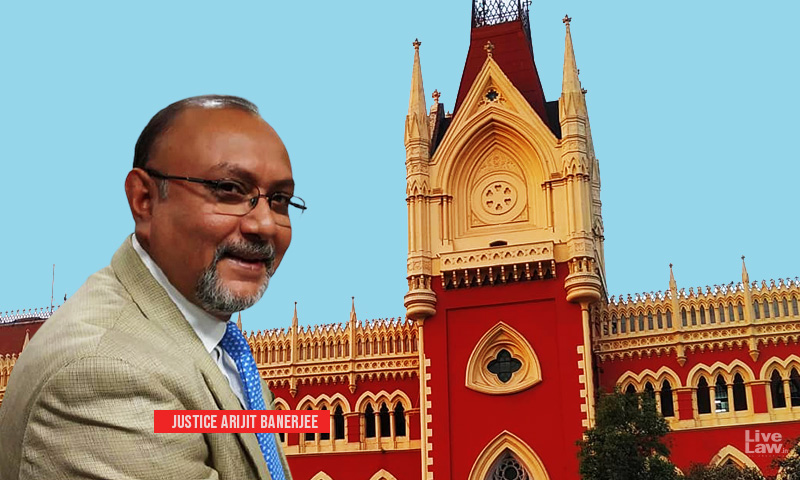 While Acting Chief Justice Rajesh Bindal refused interim bail, Justice Banerjee held that interim bail should be granted. In view of the conflicting views of the judges, the matter has been referred to a 5-judge bench. Both the judges however reached a consensus that the accused should be kept in house arrest till the matter if finally resolved.

They have authored separate orders stating reasons for their conclusions.

The case relates to the bail granted to Ministers Firhad Hakim and Subrata Mukherjee, MLA Madan Mitra and Sovan Chatterjee, who were arrested by the CBI from their Kolkata residences on May 17.

Justice Arijit Banerjee has listed the following reasons for holding that they are entitled to interim bail :

As regards the argument of Solicitor General of India Mr.Tushar Mehta, for the CBI, that there are chances of the accused tampering with the evidence and intimidating the prosecution witnesses using their high position and influence, Justice Banerjee stated :

"This argument does not appeal to me. The case is of 2014. The FIR is of 2017. If the applicants indeed had to tamper with evidence, they would have done it by now".

Justice Banerjee noted that the investigation against the applicants is admittedly over. Therefore, he wondered if their custodial detention was required any more.

He opined that the applicants have made out a prima facie case for grant of interim-bail. On the other hand, Acting Chief Justice Rajesh Bindal opined that it was premature to consider interim-bail.

Justice Bindal referred to the "unprecedented situation" in the case, arising out of the mass protests led by Chief Minister Mamata Banerjee and Law Minister Moloy Ghatak in Kolkata, while the trial court was considering the bail applications.

"Legal issues cannot be allowed to be raised and settled in streets,as these are not decided by show of strength but on merits of the controversy in accordance with law,for whic hrobust judicial system is available", the Acting Chief Justice noted in the order.

Today, the division bench passed a unanimous order allowing the accused to access files through online mode and to meet officials virtually, during their period of house arrest. This arrangement was made considering the fact that there are ministers and MLAs among the accused.

The matter will be heard by a 5-judge bench on May 24.

On May 17, the High Court had stayed the bail granted by the Special CBI Court at Kokata to four Trinamool Congress leaders - Firhad Hakim, Madan Mitra, Subrata Mukherjee and Sovan Chatterjee - who were arrested dramatically by CBI on May 17.

The bench passed the stay order after a dramatic late night hearing held on the basis of a letter sent by the CBI seeking transfer of the case to the High Court citing "unprecedented mob pressure" exerted on the lower court by the mass protests led by Chief Minister and the Law Minister against the arrests of the TMC leaders.

Obhan & Associates Act On Okinawa Autotech's Joint Venture With Tacita
Latest News
+ More
1Shiksha Karmis In Chhattisgarh Cannot Claim Parity In Pay-Scale With That of Municipal Teachers: Supreme Court
2'Ragging Is Antithetical To Equality': Calcutta HC Orders University Students To Pay Medical Expenses Of Injured Students, Engage In Community Service
3Weekly Round-Up of Tax Cases: May 15 To May 21
4A Candidate Has No Legal Right To Insist That The Recruitment Process Set In Motion Be Carried To Its Logical End : Supreme Court
5Women Leaving Law: What Is The Way Ahead?
6While Settling Claims, Insurance Company Should Not Seek Documents Which Are Beyond The Control Of Insured To Furnish: Supreme Court
7Registrar Of The Jharkhand Cooperative Society, Who Also Is The Ex-Officio Director Of The Respondent, Jharkhand High Court Says Appointment As Arbitrator Not Barred As Parties Had Agreed Earlier
8Supreme Court Weekly Round Up: May 16- May 22,2022
लाइव लॉ हिंदी
+ More
International
+ More
1Abortion Laws In The US And Other Countries
2Leaked Draft Judgment Of US Supreme Court Indicates Overruling Of Roe v.Wade Abortion Rights Decision
3The Indian Connection With Pak Decision To Live-Stream Court Proceedings
4Russian Suspension At The Human Rights Council: Band-Aid On A Bullet Wound?
Environment
+ More
1Supreme Court Permits E-Rickshaws In Matheran As Pilot Project To Check Feasibility
2In Case Of Doubt, Protection Of Environment Would've Precedence Over Economic Interest: SC Revokes Approval For Doubling Castlerock to Kulem Railway Line
3NGT Bars Auroville Foundation From Township Construction Till Environmental Clearance Is Obtained
4Ghazipur Landfill Fire: NGT Says Dump Sites In Cities Are Like 'Time Bombs', Constitutes Joint Committee Headed By Former Delhi High Court Judge