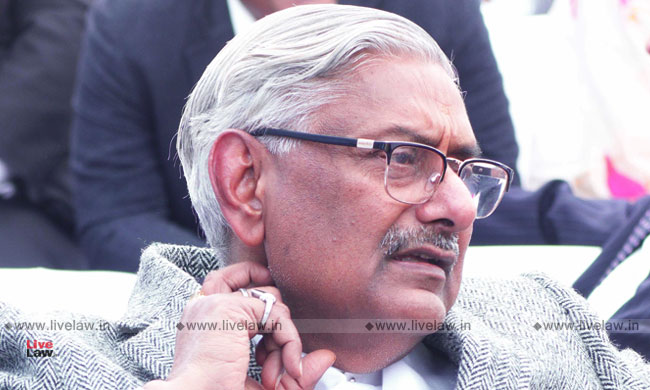 Supreme Court Judge, Justice Arun Mishra has turned down the invitation by the Supreme Court Bar Association (SCBA) as well as the Confederation of Indian Bar (CIB) to attend farewell functions which were to be organized on the occasion of his retirement.

Communicating this decision through a letter, Justice Mishra has stated that his conscience does not allow him to attend any farewell functions at a time when there is suffering around the world on account of the COVID-19 situation.

In his letter, Justice Mishra goes on to assure members of the Bar that he will pay his respects to it once the situation normalises.

"I have always considered the Bar as the mother of the judiciary, and it would have been a great pleasure to attend the said function. However, taking into consideration the severe situation and sufferings the world over on account of the COVID-19 pandemic, my conscience does not permit me to participate in any farewell function. I may, therefore, be excused. I assure you that as and when the situation normalises, I will certainly visit the Bar and pay my respect."

Amidst rumours of Justice Mishra not be given a farewell function by the Bar, the Executive Committee (EC) of SCBA held a meeting on August 29 and unanimously decided to host an event honouring the Judge.

"It was decided that we have a tradition of giving every member of the judiciary a proper farewell. Accordingly we sent an invite to Justice Mishra, subsequent to the decision of the EC in the meeting held on August 29", said an office bearer of SCBA.

However, Justice Mishra, who demits office on September 2, 2020 has chosen not to participate in either of the virtual farewell functions that were to be organized in his honour on the same day.