Contemporary Events Reveal That There Is A Growing Intolerance Which Unaccept the Rights Of Others To Freely Espouse Their Views:SC [Read Judgment] 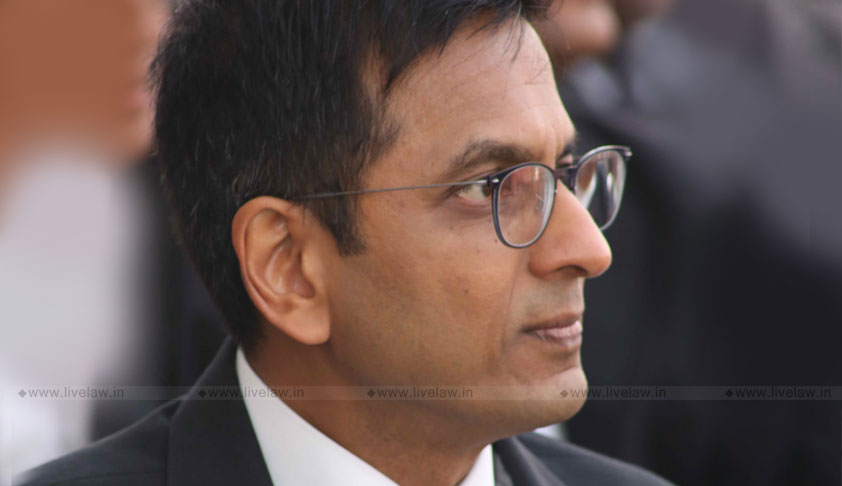 The Supreme Court today came down heavily on the unofficial ban imposed by West Bengal Government on the film "Bhobhishyoter Bhoot" by using police pressure to coerce exhibitors to stop its screening.The Court ordered that the film producer has to be compensated by the State Government by paying Rs. 20 lakhs. Justice D Y Chandrachud, who wrote the judgment for the two judges bench,...

The Supreme Court today came down heavily on the unofficial ban imposed by West Bengal Government on the film "Bhobhishyoter Bhoot" by using police pressure to coerce exhibitors to stop its screening.

The Court ordered that the film producer has to be compensated by the State Government by paying Rs. 20 lakhs.

Justice D Y Chandrachud, who wrote the judgment for the two judges bench, observed that contemporary events revealed that there was growing intolerance and that organized groups pose threat to free speech and expression.

"Contemporary events reveal that there is a growing intolerance: intolerance which is unaccepting of the rights of others in society to freely espouse their views and to portray them in print, in the theatre or in the celluloid media. Organised groups and interests pose a serious danger to the existence of the right to free speech and expression", said the judgment.

"If the right of the play-wright, artist, musician or actor were to be subjected to popular notions of what is or is not acceptable, the right itself and its guarantee under the Constitution would be rendered illusory", added the Court.

The film directed by Anik Datta had ran into controversy due to its satirical content lampooning political parties. Following the pull down of the movie from screens due to police pressure, the producer approached the Supreme Court. In its petition, Indibily Creative Pvt Ltd, the producer of the film, alleged that the State of West Bengal was misusing police power and acting as a "super-censor". The producer asserted that such obstruction to the exhibition of the movie violated its rights, as it had duly obtained a UA certificate for the movie from the Central Board of Film Certification (CBFC).

Purpose of art is to question and provoke

The Court said that true purpose of art is to question and provoke.

"Art in an elemental sense reflects a human urge to question the assumptions on which societal values may be founded. In questioning prevailing social values and popular cultures, every art form seeks to espouse a vision. Underlying the vision of the artist is a desire to find a new meaning for existence. The artist, in an effort to do so, is entitled to the fullest liberty and freedom to critique and criticize. Satire and irony are willing allies of the quest to entertain while at the same time to lead to self-reflection. We find in the foibles of others an image of our own lives. Our experiences provide meaning to our existence. Art is as much for the mainstream as it is for the margins"

The Court reminded that the State hold power in trust and its exercise is accountable to people.The Constitution does not permit those in authority who disagree to crush the freedom of others to believe, think and express

"Ours is a controlled Constitution, a Constitution which recognizes the fullest element of liberty and freedom and of the answerability of power to freedom."

To those who may find the views expressed in a creative work unpalatable, the Court offered a solution : don't watch or read it.

"The views of the writer of a play, the metre of a poet or the sketches of a cartoonist may not be palatable to those who are criticized. Those who disagree have a simple expedient : of not watching a film, not turning the pages of the book or not hearing what is not music to their ears".

Police cannot act as self appointed guardians of public morality

"The police are not in a free society the self-appointed guardians of public morality. The uniformed authority of their force is subject to the rule of law. They cannot arrogate to themselves the authority to be willing allies in the suppression of dissent and obstruction of speech and expression", the Court added.

In the instant case, the Court noted that the State had used its police machinery to cause the pulling down of the film from screens. The Joint Commissioner of Police had written to the producer of the film asking for a private screening before release as they had received intelligence reports that the "contents of the movie may hurt public sentiments which may lead to political law and order issues". The film makers did not yield to this.

Immediately, after the release, the film was simultaneously removed from theatres, at one stroke. One of the exhibitors- INOX- informed the film makers that they had directions from police.

"We have no manner of doubt that this was a clear abuse of public power. The police are entrusted with enforcing law. In the present case, the West Bengal police have overreached their statutory powers and have become instruments in a concerted attempt to silence speech, suborn views critical of prevailing cultures and threaten law abiding citizens into submission", observed the Court regarding this.