Virtual Courts An Attempt From Judiciary To tell The Citizens that "We Value Your Time":.Justice Chandrachud Inaugurates Kerala HC's e-Project 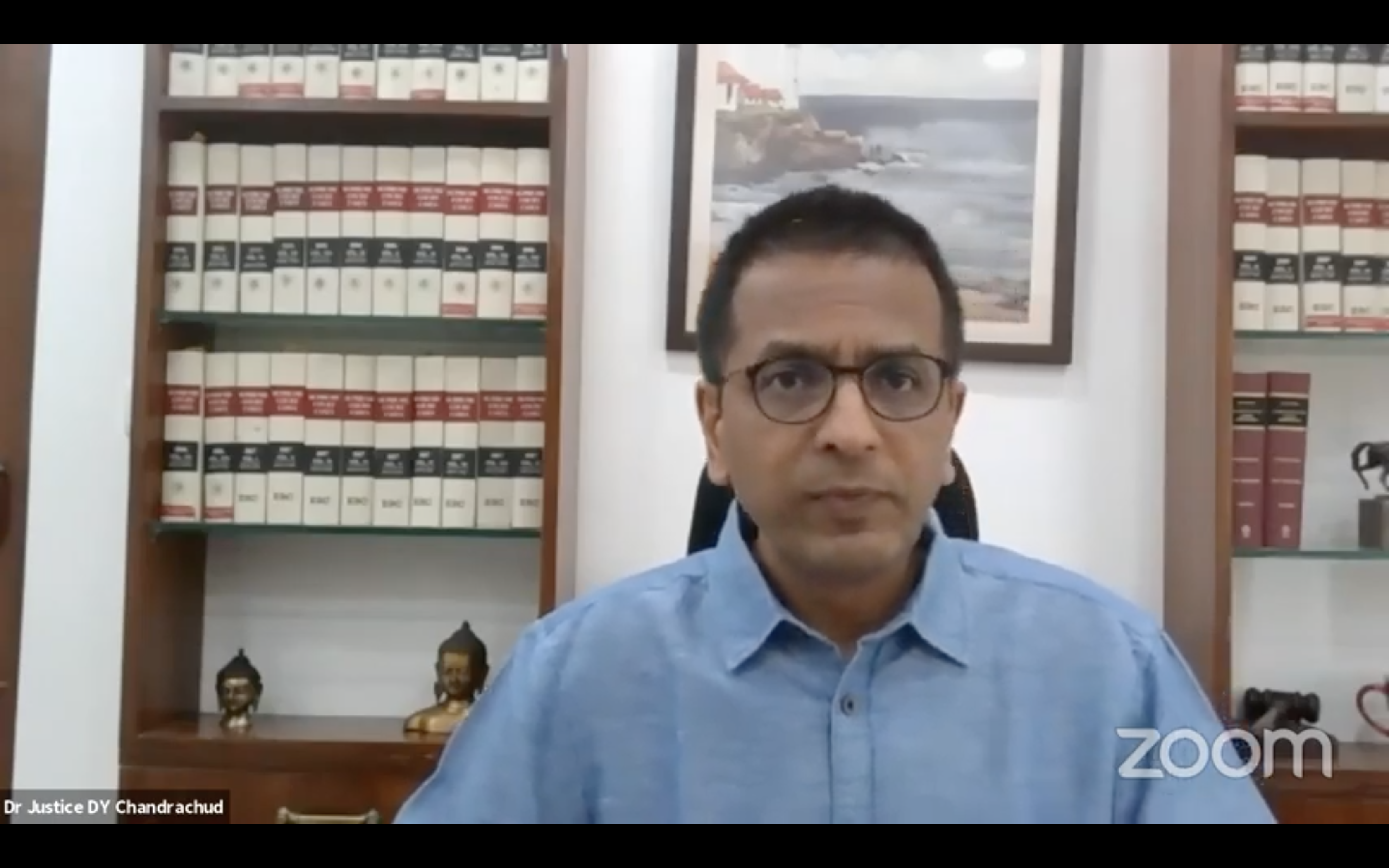 Justice DY Chandrachud has inaugurated Kerala High Court 's e-Module in consonance with the High Courts e-Committee via a live telecast.He termed the virtual courts as citizen-centric and said it is an attempt from the judiciary to tell the citizens that "we value your time".Inauguration of this E-module encompassed introductions to the "Interoperable Bail Module and E-filings in High...

He termed the virtual courts as citizen-centric and said it is an attempt from the judiciary to tell the citizens that "we value your time".

Inauguration of this E-module encompassed introductions to the "Interoperable Bail Module and E-filings in High Court and District Courts as well as virtual courts".

The session began with an address by Justice M. Mushtaq, wherein he elaborated on the efforts of various stakeholders in making the e-module a success.

Justice Mushtaq: This is a program for the people and in that process, we involved all stakeholders, including the lawyers. It is with assistance of the lawyers, that we devised this e-module. Even the tutorials were devised by lawyers. Thanks to the younger lawyers of the bar.

Justice Mushtaq's address was followed by a short video outlining the basic features of the E-modules by Justices Raja Vijayraghavan V., PB Suresh Kumar & Shaji P. Chaly. The hon'ble judges are also members of the e-Committee of the Kerala High Court.

Justice Raja Vijayaraghavan explained the advantages and technical know-how of the Bail E-modules.

"Resources shall be saved and effort is minimal. Police officers shall also be made available this order. Police can save huge funds. Judges get access to data immediately."

Justice PB Suresh Kumar: The defect-curing(s) shall be automated, this will save judicial time which may be used for disposal of matters instead. Once module is implemented, we'll be able to dispose of MACA in a very fast manner.

Justice Shaji P. Chaly: Pendency of Land Acquisition appeals is huge. The total pendency can be ruled out through this e-filing module. Once we developed it, we realised that the system can locate connected matters and post them before Judges.

Shri Lokanath Behera, IPS and DGP of Kerala Police and Shri Ajith Kumar, Transport Commissioner of Kerala were also a part of the introductory video.

Shri MR Ajith Kumar: The beauty of e-challan system is that it is quick and transparent and brings data on a single platform. This helps in expediting the criminal justice delivery system.

Justice DY Chandrachud delivered the inaugural address of the e-Function. Chandrachud J. is also the Chairman the e-Committee of Supreme Court. His address earmarked the importance of e-filings in the present times as a mode of transformative technology as a means to an end, the end being "Access to Justice".

Chandrachud J: The importance of e-filing? The answer you'd get is, filing in paper is now converted in electronic mode. To look at it in that way really is to miss the bus. The significance of the venture is that e-filing will ensure digital information of the very source.

While highlighting the inviolable Free and Open Source Software Application used by the Top Court for digitisation of courts, Justice Chandrachud stated that High Courts across the country have been provided with enough leeway to effectively implement their own digital workings, suitable to their own requirements.

Justice Chandrachud then went on to highlight the importance of the three e-Modules that have been introduced by Kerala High Court - Bail, Motor Accident Claims and Land Acquisition appeals. Digitising Bail applications will ensure real time scrutiny, MACA digitisation will ensure tracing of "meta data" and digitisation of LAA's shall lead to better and quicker dispensation of justice, overhauling the entire judicial system as connected cases will be easier to link, he said.

Finally, while batting for completely going paperless for office communications, Justice Chandrachud said that "I dare say that this will save trees in God's Own Country, which Kerala truly is!"

While extrapolating on the need for inculcating Information and Communication Technology literacy (ICT Literacy) in the bench and bar, Justice Chandrachud said that he had a "wish list" in furtherance of digitisation of courts.

Chandrachud J: "Kerala should become the first state in the country to eradicate information & communication tech illiteracy between Bench & Bar. It became the first in Literacy in the country. Lets make it the first ICT literate state - at least, between the bench and the bar.
Have my own wish list for you-
1. Use ICJS as a platform to translate contents of FIRs;
2. Use Artificial Intelligence for translating all judgements in Malyalam;
3. Use online services of mediation and negotiation across state and country lines;
4. Tech-savvy bar"

Lastly, Justice AKJ Nambiar concluded the session by appreciating the pro-activeness of the Kerala High Court in effectuating the digital modules and giving his vote of thanks.

Justice Nambiar: This is something that we are proud of. We were able to reach across to the citizenry  during a hard time. Also, because this virtually kickstarted our efforts at computerisation across the board. We are desperately trying to make changes here and we will reach milestones in the future.