Criminal Law, Including Anti-Terror Legislation, Should Not Be Misused For Quelling Dissent : Justice Chandrachud 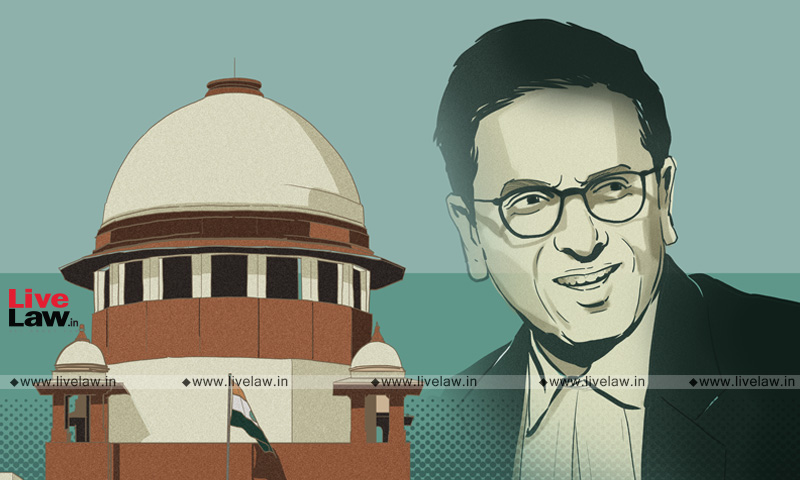 Supreme Court Justice Dr. DY Chandrachud, in an address to the India-US Joint Summer Conference on Indo-US legal ties, noted that criminal law, including anti-terror legislation, should not be misused for quelling dissent or harassment to citizens. While referring to his judgment in Arnab Goswami vs. the State, he observed that,"Our courts must ensure that they continue to remain the first...

Supreme Court Justice Dr. DY Chandrachud, in an address to the India-US Joint Summer Conference on Indo-US legal ties, noted that criminal law, including anti-terror legislation, should not be misused for quelling dissent or harassment to citizens.

While referring to his judgment in Arnab Goswami vs. the State, he observed that,

The Conference was organized by The American Bar Association's (ABA's) International Law Section, the Chartered Institute of Arbitrators India (CIArb), and the Society of Indian Law Firms (SILF) on July 12, 2021. It was titled 'Titled 'New Challenges and Shared Interests between U.S. and India'

Justice Chandrachud discussed the menace of congestion in Indian prisons amidst a pandemic, referring to the court-ordered setting up of the high-level committees to release convicts on bail or parole. He noted,

"The Supreme Court made a similar suggestion for those awaiting trials for offenses carrying a maximum penalty of seven years. When the first wave subsided, those released were re-imprisoned. Given the second wave in May 2021, the Supreme Court, on May 7, 2021, ordered that those released in the first wave of the pandemic were eligible for immediate release and passed orders regarding improvement in sanitary prison conditions, regular Covid testing of inmates, and prison staff. It is important that prisons are decongested because they are highly susceptible to becoming Covid hotspots. It is equally important to examine why prisons are congested."

He also acknowledged the joint Conference to be an important platform to focus on the new challenges and shared interests between the United States and India. He noted,

"Our two nations, though on different sides of the globe, have shared deep social, cultural, and economic relations since the Independence of India, given our common ideas, ethos, and values. Today the United States and India have formed a strategic bilateral partnership in areas of defence corporation, trade, economic ties, energy, climate change, science and technology, and the like."

He mentioned that India & the USA share a constitutional relationship, respect for democracy, the rule of law, a rule-based international order, the espousal of the values of freedom, liberty, justice, and equality for all. He calls the US the 'leader of the free world,' being the torchbearer in promoting liberty, freedom of speech and expression, and religious peace amongst various communities that call it home.

He embarked on India's history of Independence in 1947, where it established itself as a free nation, a country based on equality and freedom for all. He mentioned that the focus was on building a secular, pluralistic ideology, which would be a melting pot of culture, languages, and religions and promoting the values of fraternity, not just within the country but within the entire world. He noted,

"Today, the world's oldest and largest democracy represents these ideals of a multicultural, pluralist society where their constitutions are focused on a deep commitment and respect for human rights. I am privileged to say that I have experienced the freedoms that both India and America have to offer, having witnessed them first-hand at my LLM and SJD at Harvard Law School as a law student."

Justice Chandrachud noted that since the birth of Independent India, Indo-US cooperation has spilled over into the legal domain. He acknowledged the American influence on the Indian jurisprudence as a contributor to the heart and soul of the Indian constitution. While he states examples, he mentions the right to protection of life and personal liberty under Article 21 of the constitution, as against the US's conception in the Bill of Rights, which provides that no person shall be deprived of life, liberty, or property without due process of law.

He also reflected upon the constitutional history of replacing The 'due process of law' with 'procedure established by law,' calling it a result of the meeting between the Constitutional advisor Sir BN Rao and Justice Felix Frankfurt of the US Supreme Court in 1947. He noted,

"But as the country evolved, the Supreme Court of India incorporated the doctrine of procedural due process in its jurisprudence by holding that a procedure established by law must be just, fair, and reasonable. The Indian Supreme Court and the Supreme Court of the United States have both been termed the most powerful courts in terms of their might."

Justice Chandrachud noted that the Indian Supreme Court, the last court of appeal in India, has a wide reach over its population, executive, and lower courts. It provides greater access to individuals by exercising its appellate jurisdiction and its rich jurisdiction by protecting its fundamental rights enshrined in its constitution. He compares it to the American Supreme Court, which has been called 'powerful' given its place in American history and contribution to global jurisprudence, specifically in its development of concepts of judicial review, racial equality, and constitutionality of abortion, sodomy, and similar social issues.

He notes on the interdependence of the two legal systems,

"The Indian Supreme Court has often relied on comparative jurisprudence emanating from the US, often indulging in a transnational judicial dialogue, for instance in my judgment in Navtej Johar vs. Union of India, where the Indian Supreme Court decriminalized same-sex relations between adults, I relied on comparative law developments from the United Kingdom, the European Court of Human Rights and the celebrated decision in Lawrence v Texas of the US Supreme Court to hold that there was the growing liberal consensus towards the equal treatment of LGBTQ rights and that India could not be left behind in this transformational revision."

SILF is a collective of India's top corporate law firms and the only representative body for law firms of India. It consists of 100 Law Firms with more than 3000 lawyers.

Click here to read/download the full-text of the speech