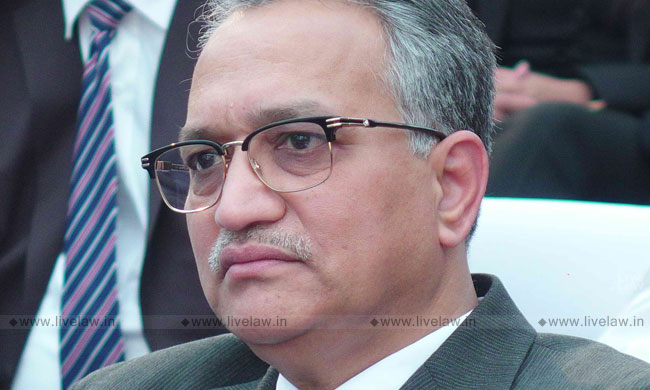 Justice AM Khanwilkar of the Supreme Court on Thursday recused himself from hearing a plea which complained about the "lackadaisical state of affairs" in the State of Uttarakhand with regard to the FIRs, chargesheets filed by the CBI against several police officers on allegations of committing murders, gang rape and molestation of women activists, during a struggle for a...

Justice AM Khanwilkar of the Supreme Court on Thursday recused himself from hearing a plea which complained about the "lackadaisical state of affairs" in the State of Uttarakhand with regard to the FIRs, chargesheets filed by the CBI against several police officers on allegations of committing murders, gang rape and molestation of women activists, during a struggle for a separate state.

Justice Khanwilkar recused himself on the grounds that he had earlier appeared as an Advocate-on-Record in connected proceedings before the Supreme Court. He informed the Counsels that another Bench would be hearing the matter.

The petition, drawn by Advocate Rajesh Inamdar on behalf of social activist Raman Kumar Shah, contends that there are "serious concerns over the handling of the cases pertaining to serious police atrocities and Human Rights Violations by the police authorities and inaction and lapses on part of the CBI and State in protecting the witness and not conducting the investigation on murder/killing of the accomplice witness". Senior Advocate Devadatt Kamat represented the Petitioner.

However, the plea avers that the Administration and Police of UP interrupted a peaceful march in Narsan and Rampur Tiraha at Muzaffarnagar (UP), and committed 5 murders, 7 gangrapes and 17 molestation of women activists. Further, 28 agitators were killed by the police and authorities during the State agitation.

Consequently, six writ petitions were filed before the High Court of Allahabad and a Division Bench of the HC issued interim directions to the Central Bureau of Investigation (CBI) to inquire into the human rights violations. The petitions were subsequently disposed of with directions for registration of FIRs after conducting inquiry, along with imposition of compensation.

The plea also refers to the murder of the sole accomplice-eyewitness in the case, while submitting that "shockingly for unknown reasons, CBI, who is the investigating agency in the matter, neither took cognizance of the same, nor has undertaken any investigation or inquiry till date". While invoking Article 21, the plea states:

"The said Article in its broad application not only takes within its fold enforcement of the rights of an accused, but also the rights of the victim. The State has a duty to enforce the human rights of a citizen providing for fair and impartial investigation against any person accused of commission of a cognizable offence, which may include its own officers".

In light of the above, the petition posits that there has been complete failure on behalf of the CBI in conducting the investigation.

"It is submitted that in view of the glaring facts in the present case from complete failure of the investigating agency in witness protection, improper conduct of trial and role of the investigating officers who have not even felt it apposite to conduct an inquiry of the murder of the accomplice-eyewitness raises serious lapses and irregularities by the authorities to help the accused persons and thus, it becomes imperative that this Hon'ble Court ought to pass necessary orders to prevent the perfunctory trial and miscarriage of justice that is perpetrated upon the victims and their family members".

The plea also sheds a light on the absence of a supervisory role of any senior officer in the investigative process and how the victims of the Uttarakhand movement have been waiting for justice for almost two decades.

Therefore, the petition prays for the initiation of a High Level Inquiry in the murder of the accomplice-eyewitness, direction to submit a status report pertaining to all the cases registered as well as the status of the Trial before the lower courts.
Click Here To Download Petition
[Read Petition]
Next Story
Similar Posts
+ View more
Webinars
+ More
Law Firms
+ More
Latest News
+ More
लाइव लॉ हिंदी
+ More
International
+ More
Environment
+ More