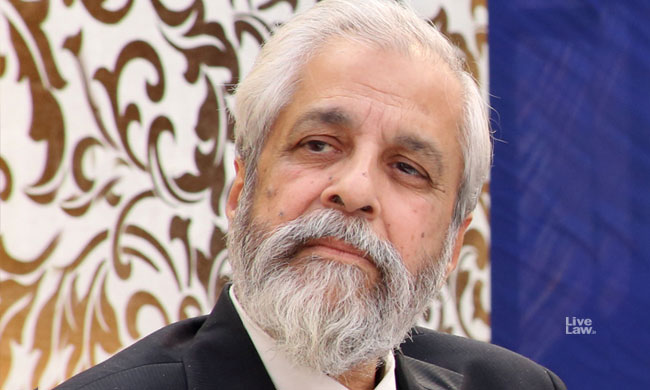 Former Supreme Court Judge, Justice Madan Lokur stated that the recent recommendations of the Supreme Court collegium "indicate an absence of consistency bordering on arbitrariness", in article published in the Economic Times.

He mentioned an instance where a chief justice, recommended for appointment to the Supreme Court, was not elevated since the said recommendation was withheld for a month and subsequently, the decision was overturned after the composition of the collegium changed. "Why was the resolution of the collegium withheld for almost a month? Is this permissible?" he speculated.

He also pointed towards inconsistencies in appointing judges to the high court. While as per the memorandum of procedure (MoP), a candidate must be 45 years to be recommended as a judge of the high court, a candidate below 45 years of age was recommended for appointment recently, he said. Similarly, a candidate was recommended for appointment even though he did not meet the income criteria established by consistent past practices, he added. He wondered, what was so special about these candidates and why did the government not step in when the MoP and past practice regarding the age criterion were violated.

Referring to the decision to transfer Justice V. K. Tahilramani of the Madras High Court, Justice Lokur said "What takes the cake is the transfer of the chief justice of a chartered high court to a much, much smaller high court. While all high courts are equal and equally respected, this transfer lacked grace and whatever the reason (and there must be a good one) it is ex facie suggestive of humiliation and she has done well to resign".

Hinting towards the decision to transfer Justice P. V. Sanjay Kumar of the Telangana High Court, he said "A senior and eminently competent judge from one high court has been transferred out supposedly for the better administration of justice, giving an impression that his presence in the high court was not conducive to the administration of justice. Does this not make the transfer punitive?"

He condemned the practice of withholding resolutions of the collegium for long, stating that "The recommendation was kept pending for a few months and then, out of the blue, a change is made for an undisclosed reason — not even for better administration of justice. Why the secrecy? Transparency does not end with putting up resolutions of the collegium on the website, or not putting them up or taking them down — it begins from here".

He said that the decision was kept pending for so long that the bar association of the parent high court filed a petition in the Supreme Court. However, a reply from the government in this regard was filed by way of a letter, instead of an affidavit and there was speculation that this judicial issue would be dealt with administratively by the collegium. "Something is happening here but you don't know what it is", he lastly exclaimed.