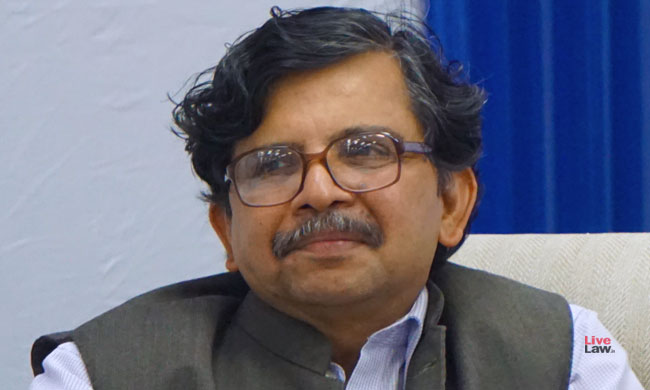 The Executive Committee of the Delhi High Court Bar Association has resolved to observe complete abstinence from work tomorrow to protest the proposal of the Supreme Court collegium to transfer Justice Dr. S Muralidhar from Delhi High Court to Punjab and Haryana High Court.

The resolution was passed in an emergency executive meeting held at 3 PM on Wednesday, after the news about the collegium proposal came out in the morning.

"Such transfers are not only detrimental to our noble institution but also tend to erode and dislodge the faith of the common litigant in the justice dispensation system. Such transfers also impede free and fair delivery of justice by the Hon'ble Bench", the resolution stated.

The Association has also urged the Supreme Court collegium to "revisit and recall" the move.

In an SMS message sent out to all members on Wednesday morning, the DHCBA said :

"DHCBA expresses its shock and unequivocally and in the strongest possible terms condemns the transfer of Justice Dr S Muraldihar by the Collegium of the Supreme Court. The transfer will be a great loss to our institution".

The Association has also urged the Supreme Court collegium to "revisit and recall" the move.

Justice Muralidhar, who was made a judge of High Court in 2006, is the third senior judge of the High Court.

He has been part of several bold and notable decisions such as decriminalization of homosexuality, application of RTI to the office of CJI, conviction in Hashmipura massacre case, conviction of Congress leader Sajjan Kumar in the 1984 anti-Sikh riots case etc. 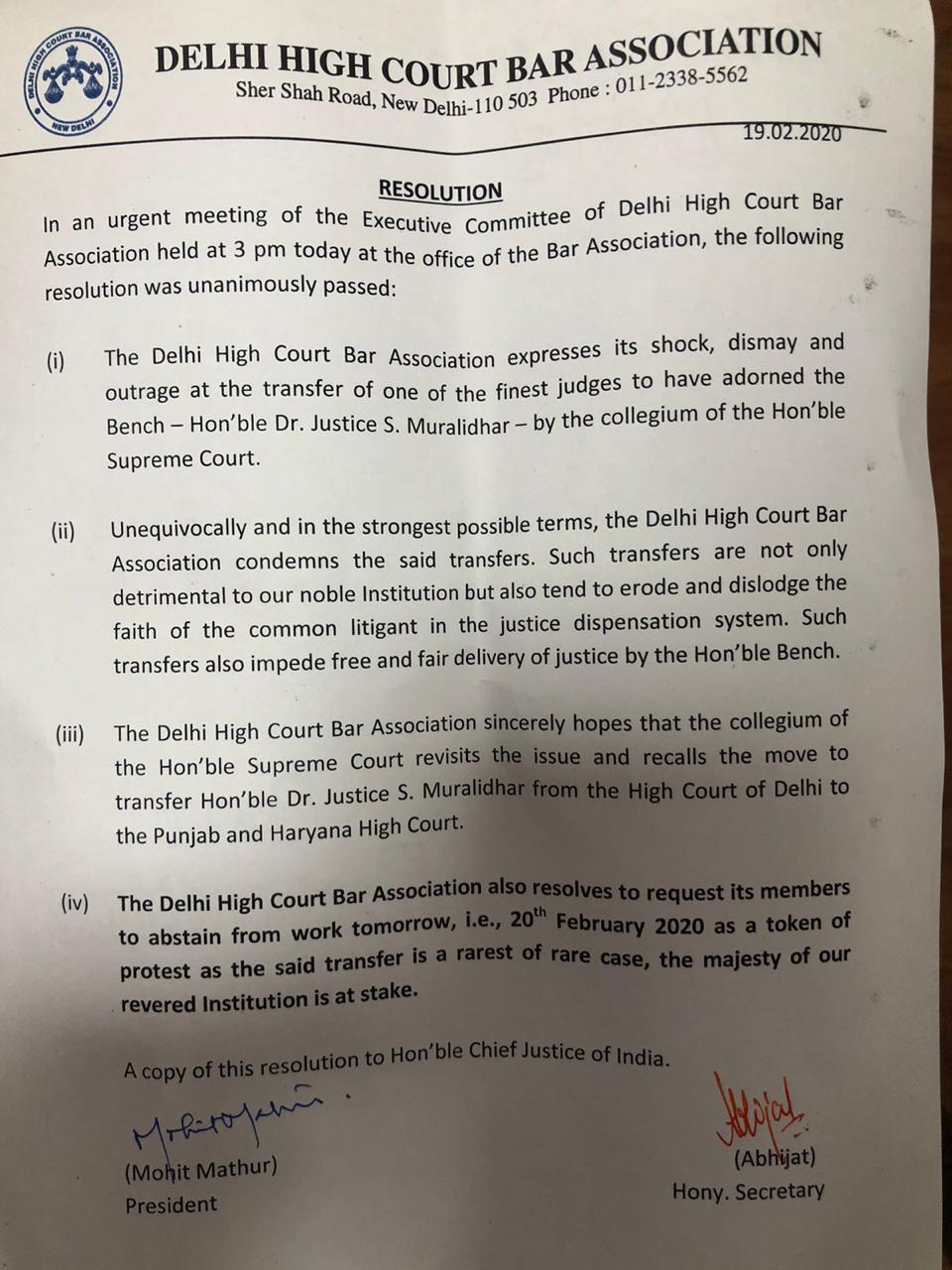