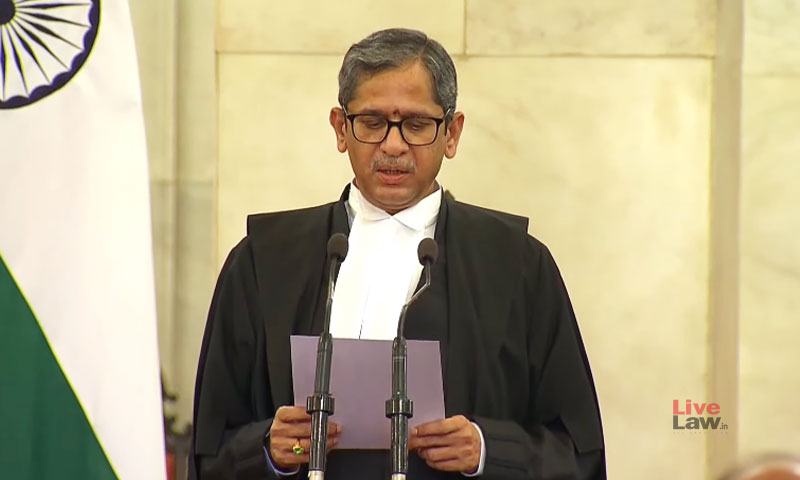 The President of India Ram Nath Kovind administered the oath to Justice Ramana.

Before his elevation to the Supreme Court on February 17, 2014, Justice Ramana was the Chief Justice of the Delhi High Court.

He was born in an agricultural family on August 27, 1957 in Ponnavaram Village, Krishna District, Andhra Pradesh.

He enrolled as an Advocate on February 10, 1983 and practiced in the High Court of Andhra Pradesh, Central and Andhra Pradesh Administrative Tribunals and the Supreme Court of India in Civil, Criminal, Constitutional, Labour, Service and Election matters.

He has also functioned as Additional Advocate General of Andhra Pradesh.