"The State Has To Protect People Exercising Free Speech From Groups Threatening Them For Their Views": Justice Ravindra Bhat 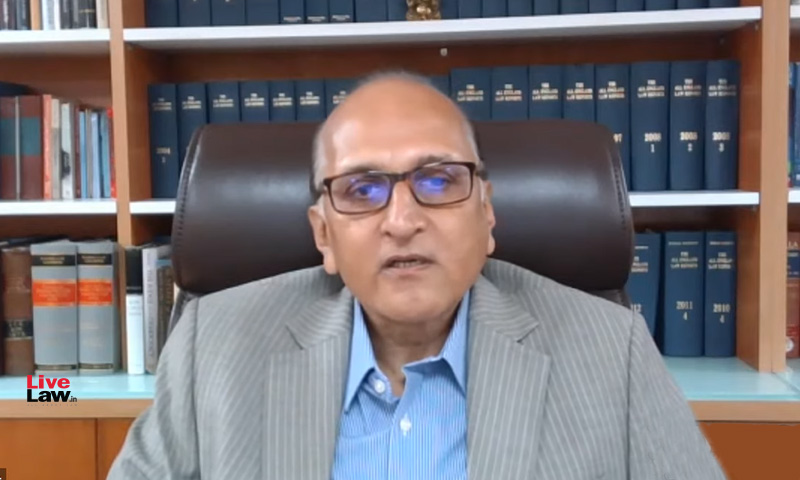 "The promise of free speech or free association would be of little use if a segment of the population threatens the free enjoyment of rights by others; rights would only be academic then. The State must act actively engage in the promotion of fundamental rights, in upholding the freedom of thought, expression, and of legitimate speech which can be contrary to the dominant discourse,...

"The promise of free speech or free association would be of little use if a segment of the population threatens the free enjoyment of rights by others; rights would only be academic then. The State must act actively engage in the promotion of fundamental rights, in upholding the freedom of thought, expression, and of legitimate speech which can be contrary to the dominant discourse, freely expressed without fear of reprisal by private entities or collectives", said Justice Ravindra Bhat on Saturday.

The Supreme Court judge was speaking on the topic 'Fundamental Rights And The Role Of The Regulatory State' at the Second Professor Shamnad Basheer Memorial Lecture 2021 organized by LiveLaw.

Justice Bhat was of the view that the State has to frame policies proactively as the enforcer of fundamental rights to ensure that others, being private individuals or entities, who are not bound by fundamental rights, are compelled to respect them through law. "The enjoyment of any of the freedoms guaranteed under Article 19 assumes that the conditions conducive towards their enjoyment are assured by the State", said the judge.

'Absence Of Data Law Renders Right To Privacy A Dead-Letter'

Dealing with the unregulated and the unlegislated sectors in the country, Justice Bhat addressed the issue of privacy.

"The need for personal data protection and privacy flows from its enlarged scope and ambit under the Constitution- the right to privacy has now been recognised as a fundamental right in Puttuswamy's case in 2019. It is mostly non-State actors, that is private entities, which provide services that have the potential to encroach upon an individual's right to privacy. There not being any effective mechanism in the form of positive law to enforce the right against these entities, or for that matter, even against the State, is a very serious lacunae. Regrettably, we are still left standing, though the articulation of this right to privacy happened in 2019", expressed the judge.

Justice Bhat opined that while informational privacy is low on priority in the legislative order of business, the government's reliance on technology is becoming ubiquitous. "The absence of legislation makes this right somewhat academic. In the absence of a clearly enunciated data law, which sets out the norms, rights and remedies, the nature of that right is rendered, by and large, a dead letter, except in cases where the individual can approach the court and seek enforcement against the State", he said.

Justice Bhat noted that post-liberalisation, many services offered by the State were taken over by the private entities and that the State became a regulator from being the provider. "While statutory obligations, which contain penalties for violations, apply to public and private entities, the question is what about breaches beyond the black letter of the statute? Would violation of fundamental rights be invoked against private players, and then what is the regulator's role therein?", he asked. The judge indicated that in the 2013 Arun Kumar Agarwal's case, the Supreme Court while discussing the role of SEBI, held that the appointment of chairman, which was challenged in writ jurisdiction, was in violation of an express provision of the statute which required the person to be one of high integrity.