'Large Number Of Cases Before Us Are Of Prolonged Incarceration, Why Not Put In Place A System To Give More Accessibility To Legal Aid ?' Justice S K Kaul 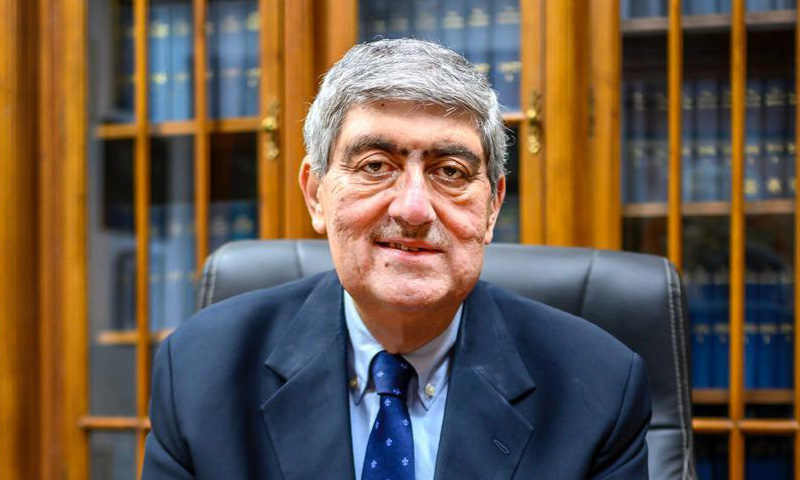 "It is a matter of concern when we compare the number of lawyers enrolled in the country with the legal aid available, especially in the context of the socio-economic strata of society where the litigants can ill afford large amounts of litigation", expressed Justice S. K. Kaul on Saturday. At the same, Justice Kaul insisted, "The person giving legal aid must have empathy for what he...

"It is a matter of concern when we compare the number of lawyers enrolled in the country with the legal aid available, especially in the context of the socio-economic strata of society where the litigants can ill afford large amounts of litigation", expressed Justice S. K. Kaul on Saturday.

At the same, Justice Kaul insisted, "The person giving legal aid must have empathy for what he is doing. Otherwise, your heart will not be in what you do. That is why Justice Chandrachud spoke of appealing to all lawyers across the board rather than just the empanelled advocates, as they might also be holding some causes dear to themselves and may feel they are willing to devote time to that cause. Somebody may not have time to devote for a general cause but maybe willing in specific causes."

Looking at the abysmal state of affairs regarding the access to justice in the criminal jurisdiction, Justice Kaul flagged as one of the issues that an endeavour is made that every person should get a chance to appear and present his case before the court and the legal services authorities must help in realising the same- "We find in our proceedings that a large number of cases are still coming up where people, who had been imprisoned for a long period of time, get the ability to approach the apex court against their conviction only after a period of 15-16 years, when they may have even been entitled to premature release. The initiative has been taken by us to ensure that a sound system is put into place. I am a true believer in the institutionalisation of any system. Why should it happen that when a confirmation of the High Court comes on any sentence, at that stage itself the accessibility to legal aid to move the Supreme Court does not arise?"

He explained that one reason is the lack of synergy with the imprisoned and the connectivity with providers of legal aid, and in this context, emphasised on the importance of paralegal persons in analysing their cases and linking them to the legal aid authorities.

"Secondly, can we give access immediately thereafter especially in those cases where the period of 14 or 15 years has elapsed and the question of considering them for release is to be examined? I think what ails our judicial system is the time period consumed in the adjudicatory process, whether civil or criminal. And the time taken thereafter to say that all the remedies are exhausted. We have a case where a person has been in custody and we have people coming in at different times saying that they were minors at that point of time. In a murder case recently, repeated verification showed that he not only was a juvenile but 13 years of age when the crime occurred. Today, the report has come for that. Why is this happening? The problem is of connectivity between different stages of scrutiny which are required and to the utmost level- Not just in criminal but civil cases also. Freedom from litigation is needed as much as freedom in person", explained Justice Kaul.

As regards civil litigation, the judge reflected on a time-bound schedule with limited tiers of scrutiny to avoid civil disputes being unnecessarily given a criminal colour-"Most civil litigation which is coming before us, if I look at the date of the suit, it is of 25 years before. I am not even looking at the date the appeal was filed, and even that would be 10 to 12 years. These are people who would have completely exhausted themselves even if they had the wherewithal to pursue litigation!"

Justice Kaul recommended that in the interest of people who have been stuck in the civil legal system for indefinite periods of time- whether in service or appeal or original jurisdiction- some kind of assessment has to be made about the timelines and the time-span within which they must be finally resolved. "Civil disputes are given criminal colour. It is perceived that a civil suit will take many decades, so let us try to build some kind of pressure and take a shot at resolving the problem on the criminal side. It is an element of frustration with the civil system which does not work at the pace at which it is expected!", said the judge.

Continuing, Justice Kaul said, "Lots of disputes need not be carried to the different stages of scrutiny. I believe we have to restrict the multiple scrutiny levels- Revenue matters have six levels, while others may have a little less. We have to determine ultimately how many stages every case is to go through and when it would attain finality. We need to make a survey of which areas of litigation prolong the process and then to see how best to do it through the legal services authority process. There are a large number of civil disputes in agrarian societies, my experience both in Punjab and Haryana and in Tamil Nadu shows that. Second appeals are the second-largest pendency! And these are small matters like water from one 'khet' flowing into another! People have exhausted themselves of the ability to contest! At times, there is no party remaining!"

At the beginning of the event on Saturday, Union Law Minister Kiren Rijiju had spoken of the Commercial Courts Act, 2015 to show that while the present government is focused on providing justice to the people, at the same time, its focus is also ensuring 'ease of living'. "When we talk of 'ease of living', ease of doing business is very crucial to make our society prosperous. I have something to say about the commercial courts. You all know the advantages of the Commercial Courts Act 2015. The success of any law to a great extent depends upon its implementation at the level of the executive as well as the cooperation of the judiciary. While litigation in the country is divided broadly in the areas of civil and criminal practice, the commercial courts act 2015 carves out an area of litigation out of the civil practises which require competent advocates and trained judges to spread its benefits. Accordingly, the commercial courts act recognises that judges having experience in commercial disputes are important for their expeditious disposal and also provides for their training and continuous education. The other important steps provided for by the Act is to mandate the courts to have case management hearings once pleadings are completed, wherein the courts would frame the issues and set the matter for trial, filing the written arguments and addressing arguments in a time-bound manner. The Act requires that the endeavour should be to restrict the adjournment to a bare minimum. Pre-Institution mediation and settlement mechanism was introduced in 2018 to provide for mediation as a preferred mode for the resolution of commercial disputes. The endeavour of the law is to lessen the burden of courts but also boost investor confidence in the Indian legal system so that more investment could be attracted", the minister had stated.

In his turn, Justice Kaul observed, "There was discussion on the Commercial Courts Act. But civil disputes of a common man may not be a commercial dispute- they are in the nature of disharmony in the family arising on division, land dispute etc. This equally needs attention"