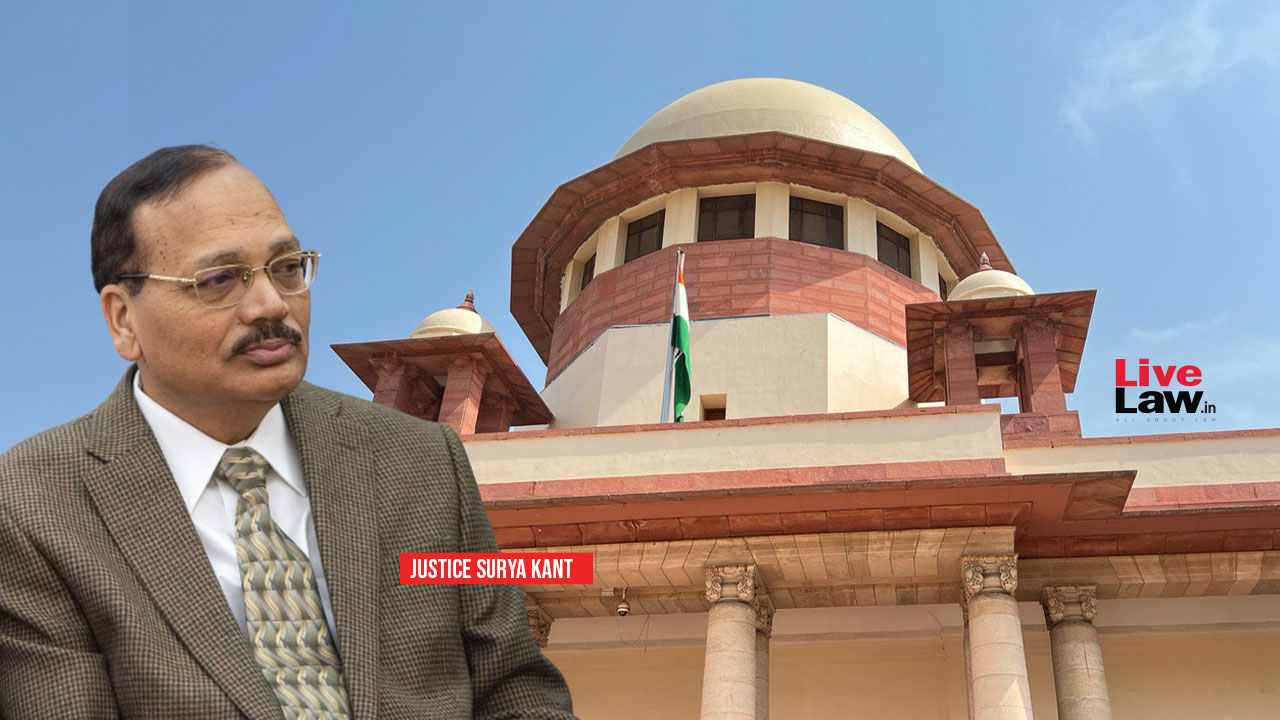 While hearing a matter seeking anticipatory bail in what the Counsel for the appellant claimed to be a 'petty offence', Justice Surya Kant shared a personal experience of theft in his agricultural land.

He said that when the caretaker of his land went to the police station to lodge a complaint, the Station House Officer had commented that the thief was granted bail by the Court just a few days ago.

"I have some agricultural land and tube-well. In the early hours of morning my caretaker called me and said theft had taken place and copper wires from pole to tube-well had been stolen. I asked him to level complaint with the local police…The SHO made a remark 'What to do? Yeah jo chor hain usko parso hi Court mein produce kiya tha. (This thief was produced before the Court day before yesterday)", Justice Surya Kant said.

The judge made this comment when a lawyer seeking bail for his client argued that the case was of a "petty offence". Though the offence was 'not serious', it was concerning that his client was involved in 14 cases, Justice Surya Kant said.

The Counsel apprised the Bench comprising Justices Surya Kant and J.B. Pardiwala that the appellant had secured bail in all the other matters.

Taking note of his involvement in 14 cases, Justice Kant reckoned that the appellant has not mended his way. He retorted -

"That is another problem. Once you are granted bail, you start the same business."

Denying the plea for anticipatory bail in the present matter, the Bench directed the appellant to surrender and apply for regular bail. It further noted -

"The trial court shall hear and decide the matter expeditiously."

On an earlier occassion, Justice Surya Kant, while hearing cases related to air pollution in Delhi, had said that he is still a farmer and that he does agricultural activities at his native place. The remark was made when the issue of stubble burning came in debate. He said that as a farmer himself, he was in a position to understand the difficulties faced by farmers. He lamented that no one was concerned with the plight of farmers, in what circumstances they are compelled to resort to stubble burning, and the reasons why they're unable to follow these scientific reports being suggested by the Governments.

"People sitting in 5 stars in Delhi keep blaming farmers, that 4%,5% is attributed to them. After agrarian laws, what happened to their landholdings? With such small landholdings, can they afford these machines? If you actually have any scientific alternative, propose it to them, they'll adopt them," Justice Kant had said.